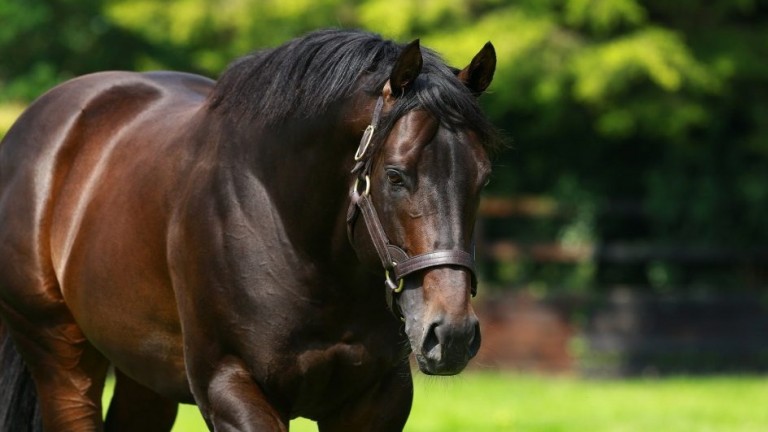 Some 28 different stallions supplied the winners of the 36 races at this year's Glorious Goodwood festival, with leading sire honours shared between No Nay Never and Showcasing after the pair tied on three successes apiece.

Whitsbury Manor Stud stalwart Showcasing's hat-trick consisted of three two-year-olds, most notably Group 2 Unibet Richmond Stakes scorer Asymmetric. The Alan King-trained colt, a 150,000gns breeze-up purchase by Stephen Hillen on behalf of Leora Judah, is among 107 stakes performers sired by the son of Oasis Dream, who stood the latest breeding season at a fee of £45,000.

Showcasing's first winner of the meeting came on day one when Sisters In The Sky claimed the maiden, while Illustrating, a ready winner of the British Stallion Studs Alice Keppel EBF Fillies' Conditions Stakes on Wednesday, looks certain to be a player in better company in the near future.

Four stallions registered two successes, with Dubawi emerging at the top of the list on countback thanks to his three runner-up finishers. The Dalham Hall Stud kingpin notched a Friday double courtesy of Maydanny and Wink Of An Eye, while Creative Force, Siskany and Onassis all hit the crossbar.

Dark Angel was another to enjoy a fruitful meeting with two winners, two seconds and a third to his name, with his victories coming courtesy of Angel Bleu's Group 2 Unibet Vintage Stakes strike, a race in which he also sired the runner-up Berkshire Shadow, while his well-related son Whenthedealinsdone struck on Thursday.

Dark Angel also had a productive time as a sire of sires, with three sire sons, namely Alhebayeb (sire of Migration), Heeraat (Magical Wish) and Lethal Force (Commanche Falls), all getting on the scoresheet.

Dubawi's son Night Of Thunder joined his sire on two winners for the meeting, with daughter Suesa looking a sprinter from the top-drawer when scooting clear in the King George Qatar Stakes and Qaader leading home a one-two for the Kildangan Stud in the Unibet "15 To Go" Kincsem Handicap.

Excelebration, who now plies his trade at stud in Morocco having left the Coolmore roster in 2019, also had a brace of winners courtesy of Ottoman Emperor and Prince Alex.

Dark Angel's hat-trick as a sire of sires was matched by Galileo, with Frankel (sire of Anghaam), Nathaniel (Lady Bowthorpe) and The Gurkha (Imperial Fighter) all supplying a winner apiece, and Invincible Spirit, who was represented by Kingman (Kinross), Territories (Rebel Territory) and Zebedee (Lord Riddiford).

No Nay Never was not the only son of Scat Daddy to register a winner at this year's Goodwood festival, as Coolmore's first-season sire Caravaggio, who relocated to Ashford Stud in Kentucky for 2021, supplied his 12th European scorer when Aswan landed the nursery on Thursday.

FIRST PUBLISHED 6:44PM, JUL 31 2021
Dark Angel also had a productive time as a sire of sires, with three sire sons getting on the scoresheet