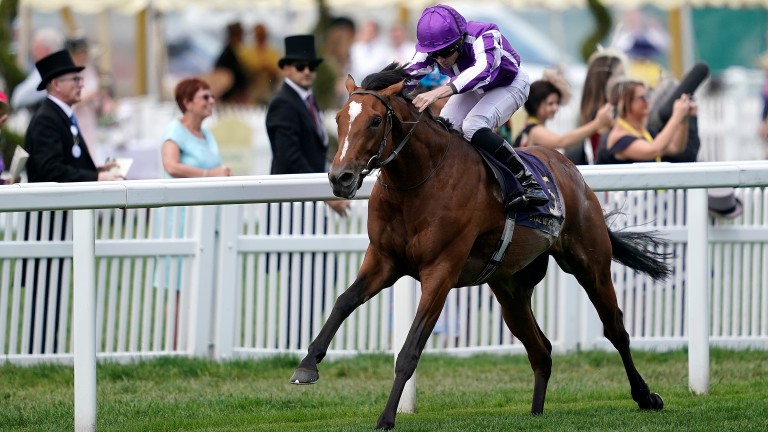 Progeny of Newsells Park Stud's money-spinning mare Shastye have generated a scarcely believable more than 11 million guineas in receipts at yearling sales; the stunning victory of her son Japan in the Group 2 King Edward VII Stakes at Royal Ascot on Friday reminded us why they are so in demand.

Japan, who contributed 1,300,000gns to the pot when bought by Coolmore partners at Book 1 of the Tattersalls October Yearling Sale in 2017, has slowly been coming to the boil for Aidan O'Brien this year, finishing fourth in the Dante and a running-on third in the Derby.

He gave a better exhibition of his prodigious talent in the race known as the Ascot Derby with a lethal turn of foot that took him to the front three furlongs from home and admirable stamina that allowed him to register a four and a half-length victory over Bangkok (by Australia) with Eagles By Day (by Sea The Stars) third.

Japan has been cut to around 3-1 for the Irish Derby and St Leger but it would be no surprise to see him make his mark in all-aged company before then and he has been introduced at prices around 8-1 and 9-1 for the King George VI and Queen Elizabeth Stakes and Eclipse. 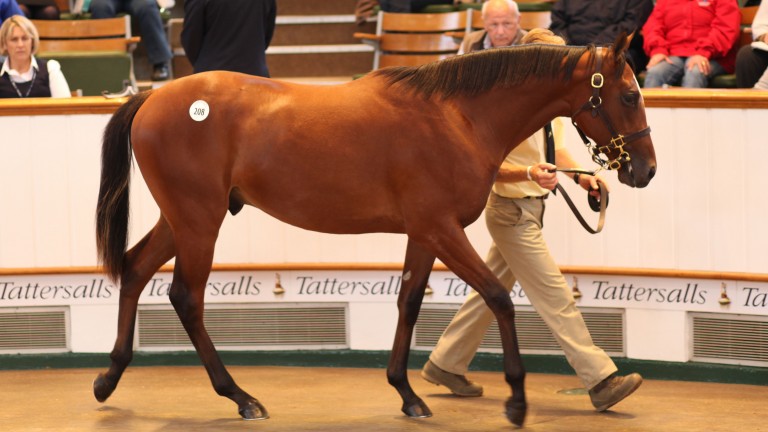 Japan sells as a yearling, when he commanded 1,300,000gns
Laura Green

The reason Japan and his siblings are in so much demand is that Shastye, an 18-year-old daughter of Danehill, has produced five winners in total including Middleton Stakes scorer and Oaks runner-up Secret Gesture, Australian Group 3 winner Maurus and Royal Ascot victor Sir Isaac Newton. Needless to say, she also throws exceptionally good-looking stock.

Secret Gesture and Sir Isaac Newton, 230,000gns and 3,600,000gns yearling purchases respectively, are by Galileo and Newsells Park have continued to send the mare to the Coolmore phenomenon. Her two-year-old colt by the sire fetched 3,400,000gns from Coolmore at Book 1 last year and has been named Mogul, and she also has a filly foal born to the mating.

Shastye and her high-achieving siblings are out of Sageneca, a daughter of Sagace who won the Group 2 Prix de Royallieu and finished second in the Group 1 Gran Premio di Milano.

Japan became the third winner at Royal Ascot this year for the incomparable Galileo after Circus Maximus and South Pacific.

The joy of a Juddmonte mare purchase advertised again by Daahyeh

Can Andrew Balding emulate his father Ian and become champion Flat trainer? Can Mother Earth continue Aidan O'Brien's fine French form in the Rothschild? Ryan Moore: 'I try not to offend anyone but for me it's always about the horses' Trainers' title race blown wide open - and we might just have a fairytale winner This time it will be tears of joy if Lady Bowthorpe can land famous Group 1 win Charlie Appleby outlines plans for top three-year-olds Adayar and Hurricane Lane