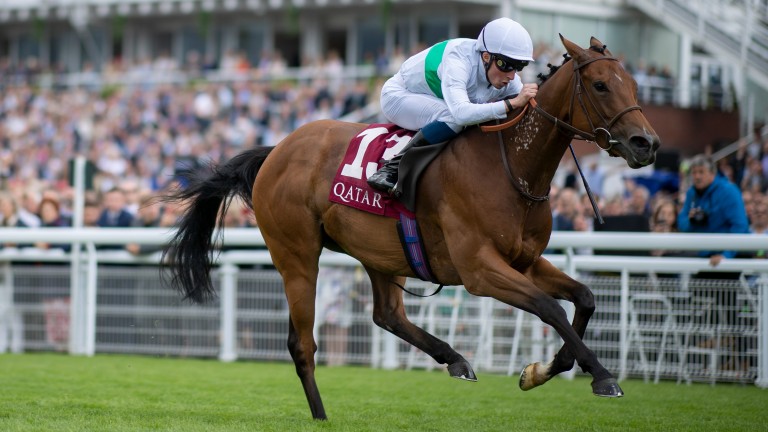 Suesa may be trained in Pau by Francois Rohaut and notched her biggest career success on the Sussex Downs but nowhere was her King George Qatar Stakes triumph more keenly felt than at Ballybin Stud in County Meath.

The operation, which is run by father and son duo Paddy and Peter Kelly, sold Suesa on behalf of her breeder Thomastown Farm at the 2018 Goffs November Foal Sale, where Johnny McKeever struck the winning bid of €17,000.

The filly's victory, her fifth from six starts, four of which have come in stakes company, also provided the Ballybin team with a timely update as they are due to offer her half-brother, a colt by The Last Lion, at the highly anticipated Book 2 of the Tattersalls October Yearling Sale.

Reflecting on Friday's triumph, Peter Kelly said: "She was brilliant, although I wasn't surprised. We were expecting a big run at Royal Ascot after what she'd achieved in France and we were hoping it was one of those races you can put a line through. Thankfully the real Suesa turned up at Goodwood."

SUESA the day I bought her as a foal f @Goffs1866i for €17,000! Huge congrats to Mr George Strawbridge f @RohautRacingi f @williambuicki and Patrick Olave,Spanish trainer, who originally commissioned her. Reared f @CastletownStudi , she was always special pic.twitter.com/wprt4Uc3s7

Although Suesa, a second crop daughter of Night Of Thunder, was bred on another farm, the Kellys' methodology means they were well acquainted with the youngster before she arrived to be prepped for her date with the auctioneer.

"We just prepared her for the sales and consigned her for Tom Cooke [of Thomastown Farm] who lives in the next village along from us," explained Kelly. "We've a relatively small client base, mostly small, local breeders, so we make regular visits to the farms to keep an eye on the stock. Suesa was a nice filly with a good attitude, just a racy individual really.

"I know €17,000 mightn't sound a huge price but at the time Night Of Thunder wasn't as popular as he is now and the mare's record hadn't taken off yet, so I think it was quite a strong price for a filly in that position and that's probably testament to her looks."

Suesa and her half-brother are out of Sally Is The Boss, an unraced daughter of the Listed-placed White Satin and a half-sister to the Listed-placed Sheboygan. They hail from a deep pedigree that traces back to the likes of Barathea, Gossamer and Desert Style. 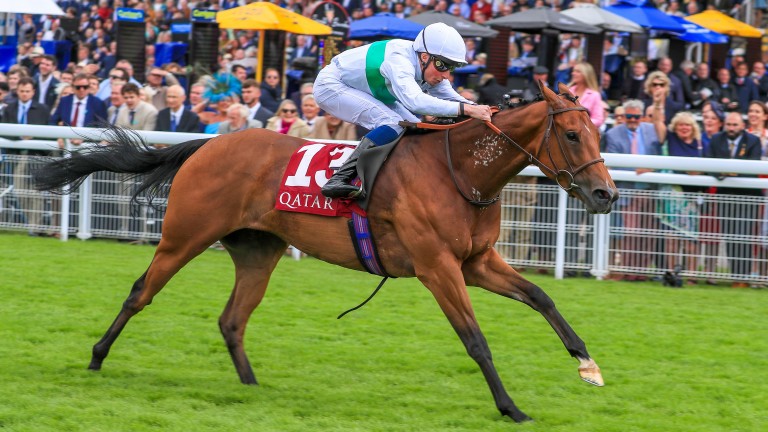 Suesa a "a nice filly with a good attitude" as a foal says Peter Kelly
Mark Cranham (racingpost.com/photos)

With Book 2 not scheduled to get under way until October 11, Suesa's sibling has not yet entered the Ballybin prep programme, although Kelly has already built up a familiarity with the colt from his visits to Thomastown Farm.

"Hopefully he'll be with us by the end of next week when we start the yearling prep," he said. "I know the colt well from our farm visits and he's a very similar type to his half-sister, he's got a nice amount of strength and he's sharp and racy looking.

"He's got a similar temperament to her too. It's a nice page going back and I think it's just in the middle of a bit of a revival with Suesa coming out, which was always going to happen with a pedigree like that." 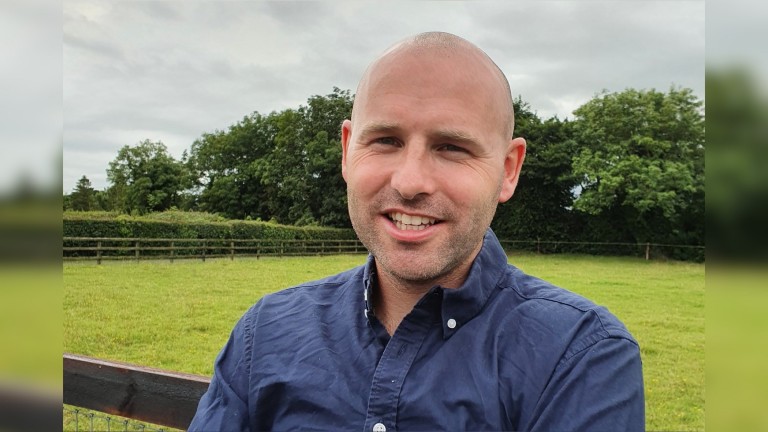 Peter Kelly: "Thankfully the real Suesa turned up at Goodwood"

When asked how it felt watching a filly like Suesa win a Group 2 by three lengths when the half-brother is only days away from arriving at his stud, Kelly said: "It's a bit nerve-wracking!

"I was talking to Tom [Cooke, breeder] this morning and all I could think about was getting through the next couple of months and getting the colt to the sales in one piece - and not having to make one of those dreaded phone calls to say something was wrong. It's exciting at the same time and it's a great chance for us to sell some nice stock, and that's what it's all about."

Suesa's half-brother will form one half of a small but select draft Ballybin will be sending to Tattersalls, with Kelly adding: "We've just two yearlings for Newmarket, Suesa's brother and a nice Lope De Vega from a good French family. Hopefully the two of them will pair up well and get plenty of lookers down to our door."

FIRST PUBLISHED 4:36PM, JUL 31 2021
It's a nice page going back and I think it's just in the middle of a bit of a revival with Suesa coming out, which was always going to happen