Shadai resident had suffered from issues with his neck 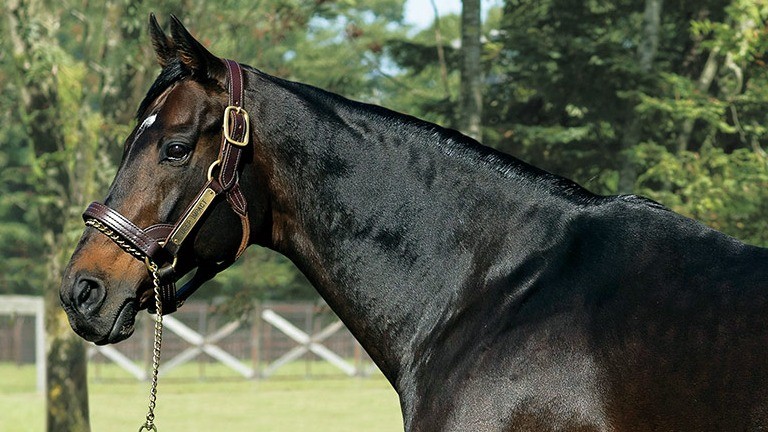 Deep Impact, one of Japan’s greatest racehorses and its champion sire for the past seven years, died on Tuesday aged 17.

The Shadai Stallion Station explained in a statement that its star attraction had undergone surgery on his neck on Sunday as part of ongoing treatment.

The operation had appeared to have been successful but Deep Impact had struggled to stand up the following day and, after x-ray examination, it was found that he had a fracture of the cervical spine and had to be put down.

It had been announced by Shadai back in March that Deep Impact was being stood down for the rest of the covering season owing to a problem with his neck, giving breeders the impossible task of finding a replacement for a stallion who has carried all before him.

A son of Sunday Silence, the Kentucky Derby and Preakness winner who became a sire sensation for a decade when imported to Japan, Deep Impact was out of the fine Alzao mare Wind In Her Hair, who finished second in the Oaks and won a German Group 1 for the late John Hills.

Deep Impact rose through the ranks in swift fashion, landing his first seven starts including the Japanese Triple Crown before a narrow defeat - one of only two in a 14-race career - in the Arima Kinen.

Famously, he was prepared for the 2006 Prix de l’Arc de Triomphe and had acquired such a fanbase that he was sent off at impossibly short odds on the PMU, with many of his supporters thought to be simply wanting a betting slip as a souvenir.

Under Yutaka Take, Deep Impact ran a fine race to finish third behind Rail Link and Pride but was subsequently disqualified when a sample was found to contain Ipratropium, a banned substance used to treat respiratory problems.

Retired after winning the same year’s Japan Cup and Arima Kinen - his victory in which resulted in a 2006 worldwide-leading Racing Post Rating of 133 - Deep Impact became a phenomenon for Shadai. 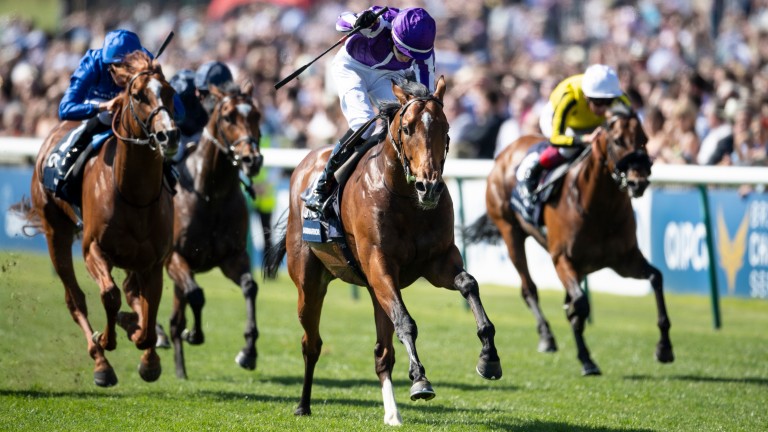 Saxon Warrior became a British Classic winner for Deep Impact in 2018
Edward Whitaker
He has sired well over 100 Group winners, with his most notable domestic-based offspring being Sheema Classic and dual Japan Cup winner Gentildonna as well as Vivlos, Real Steel and A Shin Hikari, all of whom tasted success overseas.

Take, who rode Deep Impact for all of his 14 starts, said: "I heard that his condition was not good recently so I worried. He is a special horse in my life. All I would like to say is thank you."

Ikee added: "He could mate only 20 mares, but they had taken care of him well. I don't believe he has died so soon. I have many, many memories with him, he gave me many things. He was the precious treasure."

What was more notable was that Deep Impact was starting to have a stronger presence as a European outcross and broke new ground when Saxon Warrior claimed last year’s 2,000 Guineas for Coolmore and Study Of Man struck for the Niarchos family in the French Derby.

Destination Tokyo: newly-published guide to racing and breeding in Japan by the Racing Post in association with the JRA

FIRST PUBLISHED 8:40AM, JUL 30 2019
I have many, many memories with him, he gave me many things. He was the precious treasure