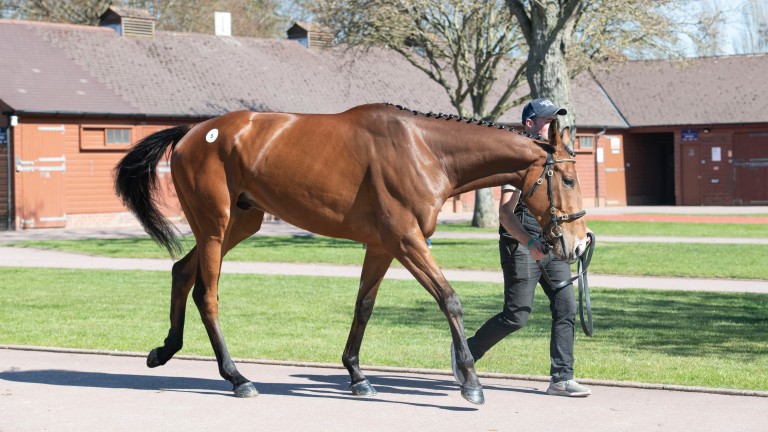 Ireland's dominant position as both producer and retainer of the premier National Hunt talent was demonstrated starkly at both Cheltenham and Aintree and reinforced again at Friday's April Sale, where three of the four biggest six-figure lots returned from whence they came.

Point-to-point trainers were grateful to have been given the opportunity to offer their wares through Tattersalls Cheltenham, rather than to grumble about travel and quarantine, even if that trio headed by the £195,000 Maher colt American Mike could have been driven from the Doyle brothers' Wexford base straight to Gordon Elliott's stable instead of having a few days away in sunny Newmarket.

Eddie O'Leary, in a cluster of buyers including Elliott himself, confirmed the purchase by Bective, adding: "He covered the ground really well and was well thought of by the lads."

Doyle said: "He was a beautiful mover, a very well bought store (€20,000 at last year's Derby Sale) and just did everything very simple.

"When we've got the job done we need somewhere to show them off, so it was great to have the chance to do that as eventually we think this lad will be very good.

"Tattersalls made everything as easy as they could for us. Definitely going forward, for the store people, they'll see results like this and I'd say they'll be a little more relieved. If we can keep moving we can keep selling. That's our trade, there's a lot of businesses that aren't moving back home."

Doyle's brother Cormac, responsible for one of jumping's marquee names in Monkfish, explained how tight a window it had been to get horses ready for the event. His Westerner four-year-old Cool Survivor, a private store purchase bought by Elliott himself for a second highest price of £175,000, had scored on his debut at Cork only a fortnight ago. 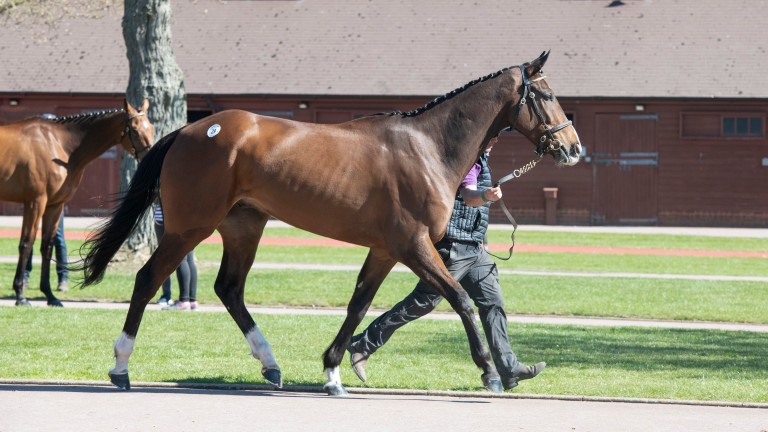 Cool Survivor: hammered down to Gordon Elliott for £175,000
Tattersalls Cheltenham

"He's a very settled horse, had always done everything right, but he was ready to go in February and we had nowhere to go so just kept him ticking over. With luck, the point-to-pointing came back just in time," said Doyle, who is likely to have more sales prospects running over the next couple of weekends.

"You need a bit of luck but hopefully it'll get back to normal by October. They do a great job watering in Ireland and after a bad year it'll mean we can go back to the store sales."

The third Doyle, Donnchadh, will also have another resident running under Elliott's name when the trainer's suspension ends in the autumn.

Elliott's associate Mouse O'Ryan signed for the £135,000 Ash Tree Meadow, a son of Bonbon Rose from the family of Pacha Du Polder who had scored at the second attempt at Fairyhouse only a week ago.

"He's for an existing client," said O'Ryan. "He was just a lovely horse and we've had a bit of luck with the sire with the likes of Daylight Katie."

Marcus Collie was one who remembered the top lot of the March Sale, the £220,000 Au Fleuron, and the agent proved determined from a position high up across the ring from the auctioneer as he landed his year older half-brother Coachman for £140,000. 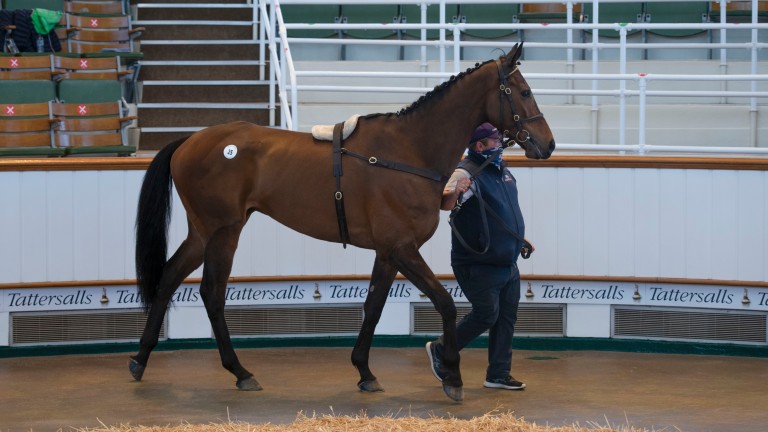 Coachman, who went the way of Marcus Collie and Oliver Signy
Tattersalls Cheltenham

The five-year-old by Maresca Sorrento is a strapping individual who won at Tipperary for Denis Murphy.

"His half-brother topped the last sale and he was a lovely big type. I think the reason Denis actually bought that lad was because this guy was showing a lot at home.

"He's proved that on the track and he stayed on well to win his race; they thought he'd be better back in distance and that's a positive as well. He's a fabulous mover, for his size even more so. It was a battle to get him but we were happy to get him." 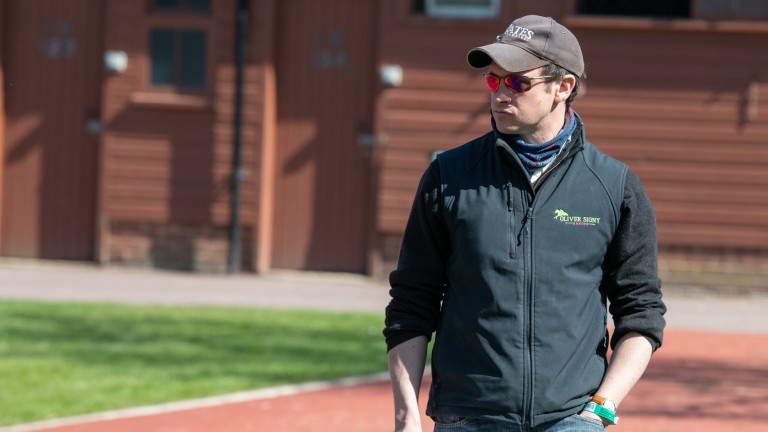 The fifth of a quintet of five-figure lots, the £105,000 Chianti Classico, is also remaining in Britain, with Colin Bowe's Shantou gelding out of Presenting mare Ballinderry Lady picked up by Aiden Murphy, standing alongside Cotswold trainer Kim Bailey.

Bailey, who has been one of the season's revelations as he returned to something more reminiscent of his 90s pomp with the likes of Clarence House winner First Flow, had been very taken by the Tipperary scorer's pedigree.

"I'm a huge fan of Presenting mares and of the stallion," he said. "I know the seller very well, he was a lovely individual. I bought him on spec, so I imagine he'll be on my website later!

This sale had not been held last year but a spring was in the step of both vendors and the organisers, with many leading names viewing a short but sweet catalogue which had been assembled under challenging circumstances.

FIRST PUBLISHED 5:30PM, APR 23 2021
When we've got the job done we need somewhere to show them off, so it was great to have the chance to do that as we think this lad will be very good