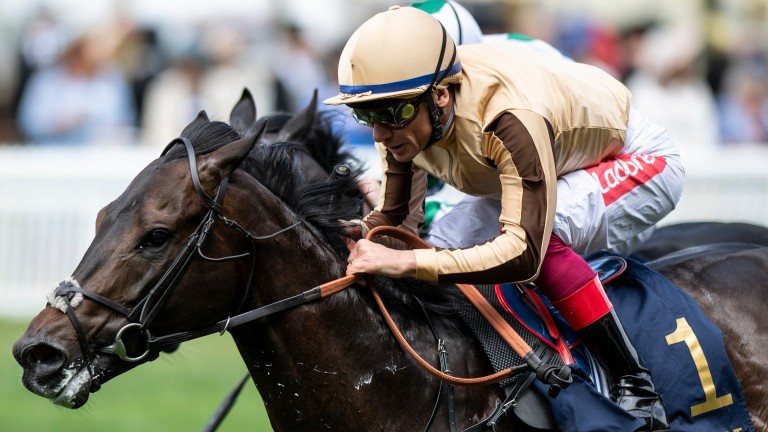 The death of star sprinter Society Rock from laminitis at Tally-Ho Stud in 2016 has clearly robbed breeders of a fine source of speedy and precocious performers, and a member of his third and final crop underlined the point at Royal Ascot on Thursday.

A'Ali, trained by Simon Crisford for Shaikh Duaij Al Khalifa, had run only once before lining up for the Norfolk Stakes, when beaten a neck into second at Ripon, but he showed no signs of inexperience when running out a narrow but emphatic winner of the Group 2 heat for two-year-olds over the minimum trip.

Society Rock, who also won the Haydock Sprint Cup and Duke of York Stakes in a glittering career, spent three seasons at Tally-Ho Stud, producing a first crop of 121 foals in 2015, a second crop that numbered 78 in 2016 and a crop of 42 who are this year's juveniles before his untimely death. 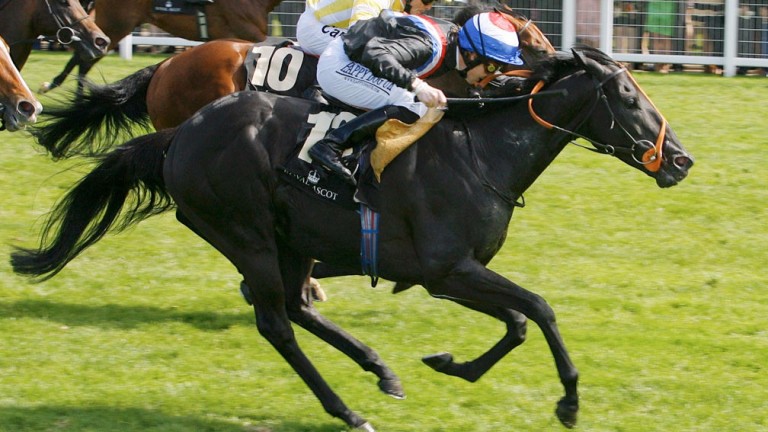 Society Rock has also supplied Listed winners Corinthia Knight and Shumookhi and the black-type performers Aisa Dream, Society Power, So Hi Society, Tangled and Yolo Star – not a bad roll of honour considering those three books were covered off advertised fees ranging from €6,000 to €8,000.

A'Ali, who becomes Society Rock's fifth stakes winner, was bred by Tally-Ho Stud and is the second foal out of the mile-placed Motivator mare Motion Lass, whose first offspring Slowmo (by Kodiac) is a dual sprint winner for Tom Dascombe.

Motion Lass is a half-sister to Darley Stakes winner and Coronation Cup third Enforcer and the Listed-placed Canaveral out of Tarneem, a winning daughter of Zilzal and US Grade 3 winner Willowy Mood.

The nine-year-old mare has never been in great demand in her four sales ring appearances but her value has skyrocketed now. She was a 4,500gns vendor buyback as a foal, a 16,000gns vendor buyback as a yearling, sold to BBA Ireland for 13,000gns at the Autumn Horses in Training Sale as a three-year-old and was knocked down to Creighton/Schwartz Bloodstock for just 9,000gns at the Tattersalls February Sale this year.

FIRST PUBLISHED 4:09PM, JUN 20 2019
The nine-year-old mare has never been in great demand in her four sales ring appearances but her value has skyrocketed now