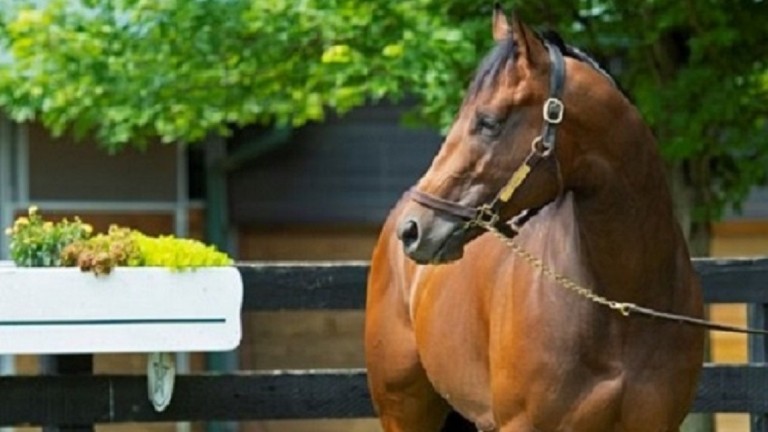 Climax Stallions has obtained a majority interest in graded stakes winner Mr Monomoy, and he will stand at Dr Jerry Bilinski's Waldorf Farm in North Chatham, New York. His initial stud fee has been announced at $5,000 stands and nurses.

Mr Monomoy is a half-brother to seven-time Grade 1-winning champion Monomoy Girl and hails from the family of champion Heavenly Cause.

The three-year-old is by Metropolitan Handicap and Belmont Stakes winner Palace Malice.

"It is hard to find one champion in the immediate family of a stallion, let alone two, and look at where the family did their winning. Heavenly Cause won the Acorn Stakes and Frizette Stakes, plus his half-sister Monomoy Girl also won the Acorn before taking the Coaching Club American Oaks.

"Then you factor in his sire, Palace Malice's accomplishments, who won the Belmont, Jim Dandy and the Met Mile. It's a very deep and classy pedigree, and we are very excited."

"He was able to win going short and then win a major Kentucky Derby prep by carrying his speed around two turns at a mile and and eighth" said Mr Monomoy's trainer Brad Cox. "Those are two major check marks that make a top sire, in my opinion."

Bilinski added: "Mr Monomoy, with his athleticism, brings speed, precocity, and a New York pedigree to New York. I have no doubt once breeders feast their eyes on this stallion, they will want to breed their mares to Mr Monomoy."

FIRST PUBLISHED 12:23PM, DEC 7 2020
I have no doubt once breeders feast their eyes on this stallion, they will want to breed their mares to Mr Monomoy