Lope De Vega colt does have Epsom form in his breeding 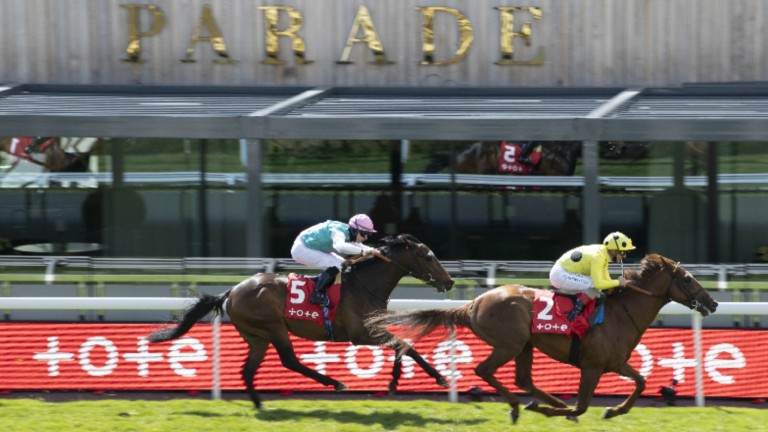 With a Classic trial in the bag after victory in the Tote-sponsored Dee Stakes, El Drama has begun to justify a punchy yearling price.

Quite where he goes next will be up to owner Sheikh Mohammed Obaid Al Maktoum and trainer Roger Varian, with jockey Andrea Atzeni suggesting that a mile and a quarter would be his optimum at present and also pointing out the colt's knee action and possible preference for easier ground.

El Drama's sire Lope De Vega, better-known to date for producing milers such as Belardo and Phoenix Of Spain, would cast some doubt over his likelihood to fulfil his Cazoo Derby entry over a mile and a half, and while there are stamina influences floating around on his distaff side, it is by no means guaranteed.

The winner's dam, Victoire Finale, who won a maiden over a mile, represents choice Wildenstein breeding, being not only by their Arc winner Peintre Celebre but out of the Prix du Cadran winner Victoire Bleue. It is the Virunga family of St Leger runner-up Vertical Speed and the outstanding middle-distance mare Vallee Enchantee.

Victoire Finale came into the hands of breeder Stuart Stuckey and has already produced Volume, by Mount Nelson, who was third for the owner and Luca Cumani behind Taghrooda in the Oaks before filling the same spot, beaten just half a length behind Bracelet, in the Irish equivalent. Volume was sold for 700,000gns to Godolphin and has bred the outstanding juvenile talent Quorto.

Another sibling, Velox, claimed black type over a mile and a quarter in Australia. Vuela, by Duke Of Marmalade, scored over a mile and a half for Stuckey but the more sharply-bred Validus, by Zamindar, was more of a miler.

El Drama is her youngest foal, bred through Stuckey's Farm Cove Thoroughbreds Limited, and was knocked down to Varian for 425,000gns at Tattersalls Book 1 when consigned by Ballylinch Stud.

Ballylinch's stallion Lope De Vega was claiming his 81st stakes winner as his son repelled Maximal - the beautifully-bred Galileo colt from the family of Frankel - by a length.

FIRST PUBLISHED 3:53PM, MAY 6 2021
Victoire Finale came into the hands of breeder Stuart Stuckey and has already produced Volume, who was third in the Oaks