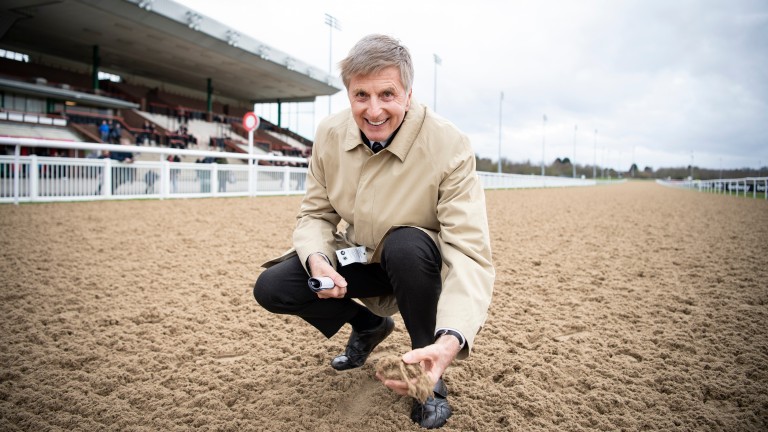 Michael Dickinson gets up close to the Tapeta surface at Wolverhampton
Edward Whitaker
1 of 1
By James Thomas UPDATED 8:06PM, MAY 7 2021

Tapeta Farm, the 196-acre property belonging to iconic trainer Michael Dickinson, is on the market with an asking price of $6.25 million.

The farm, which is being sold through Goffs Property, is situated at the headwaters of the Chesapeake Bay on the Elk River between New York and Washington DC, meaning it is within easy reach of ten major racecourses. 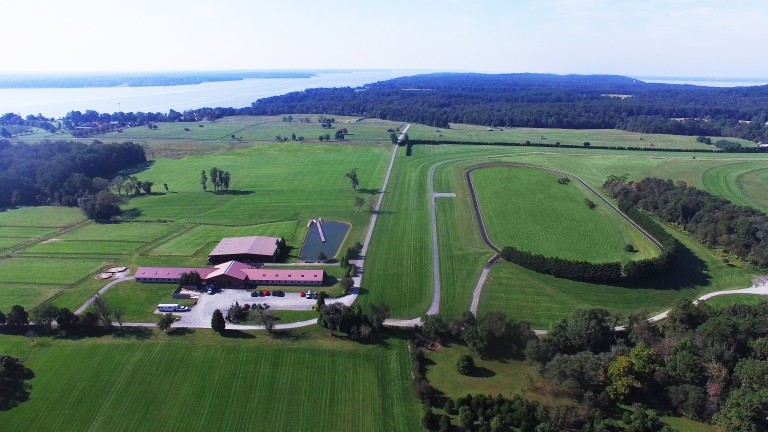 At the centre of the facility, which has been expertly developed by Dickinson, who saddled the first five home in the 1983 Cheltenham Gold Cup, is a 40-box barn built by skilled Amish craftsmen.

The building provides each equine resident with its own window with enough overhang to be protected from rainfall while providing a view and plenty of fresh air.

Located on the ground floor are the tack room, offices, break room and restroom, all of which are dressed in knotty pine. Five more offices, including the trainer’s, are located on the second floor. 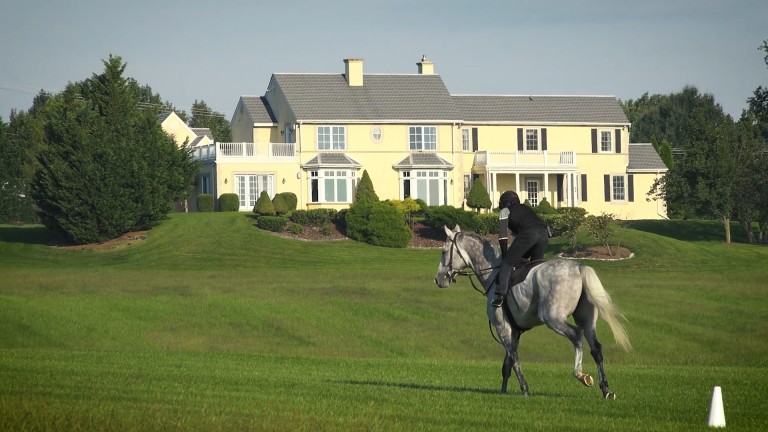 Next to the barn is the performance centre, where Dickinson has installed the latest in equine equipment such as a cold saltwater spa, salt room and vibrating platform.

The 4,500 square foot main house stands at the head of the property on a rise that overlooks the farm with views of Chesapeake. The English-style home features four bedrooms and three bathrooms on the second floor, as well as sitting room, den, dining room, kitchen and laundry.

The principle bedroom has his and hers walk-in closets, an elegant bathroom with spa tub and glassed in shower. A private deck off the principal bedroom overlooks the entire property.

A separate guest suite is located in the eastern wing with private bathroom and laundry.

The first version of Tapeta was designed and laid at Tapeta Farm in 1997. Since then, racecourses and training centres around the world have adopted the surface, including Newcastle and Wolverhampton.

Southwell is set to replace its existing Fibresand surface with Tapeta following the course's August 15 fixture.

FIRST PUBLISHED 7:21PM, MAY 7 2021
Next to the barn is the performance centre, where Dickinson has installed the latest in equine equipment such as a cold saltwater spa and salt room