Doncaster hero is also another feather in the cap for Frankel 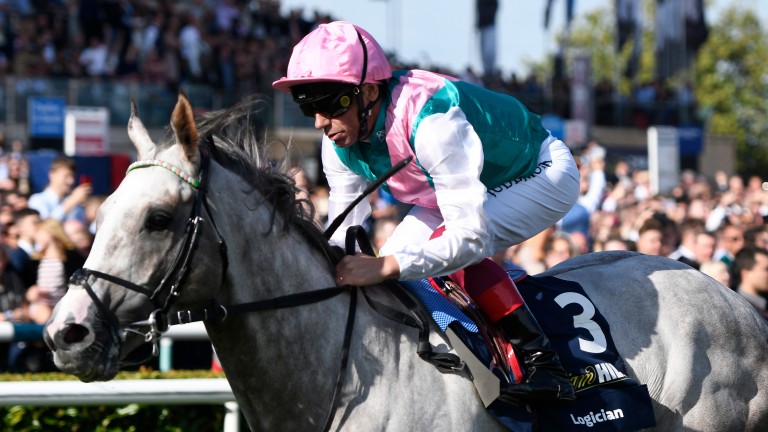 St Leger winner Logician has put Juddmonte breeding in the spotlight yet again, and in particular one of the operation's late broodmares whose strong influence and remarkable versatility have been demonstrated at Doncaster this week.

Tantina – a daughter of Distant View who won four of her five starts for trainer Barry Hills, including in the Sceptre Stakes at the St Leger meeting of 2003 – is maternal granddam of both Logician, who was so impressive in winning the Doncaster Classic over 1m6½f on Saturday, and Equilateral, who shone at the other end of the distance spectrum when taking the Scarbrough Stakes over 5f at the South Yorkshire track on Wednesday.

Sadly, Tantina died aged only ten in 2010, but she secured a marvellous legacy with just six foals produced.

Scuffle, her first foal and the result of a mating with Daylami, was Listed-placed on the track and is the dam of five winners including Upavon Stakes scorer and EP Taylor Stakes second Suffused, Listed third Battlement and now the exciting Logician, the registered roan who is unbeaten in five starts and becomes a ninth Group/Grade 1 winner for Banstead Manor Stud-based sire Frankel, the second to take a Classic this year after Oaks heroine Anapurna.

Scuffle has a two-year-old colt by Invincible Spirit who has yet to be named, as well as a yearling filly by Kingman and a colt foal by Time Test. She returned to Frankel this year.

Tantina's second and third foals were Cityscape (by Selkirk) and Bated Breath (by Dansili), winners of the Dubai Duty Free and Temple Stakes respectively.

Both are at stud, with Cityscape having made a good impression from inexpensive coverings, having supplied Group 3 winners Dan's Dream and Give And Take, and Bated Breath the source of this year's Royal Ascot winners Biometric, Daahyeh and Space Traveller – the last-named also triumphant in the Group 2 Clipper Logistics Boomerang Stakes at Leopardstown on Saturday.

Bated Breath brought Tantina into another pedigree of a stakes winner at Doncaster this week, as he is sire of Friday's surprise Sceptre Stakes scorer Breathtaking Look.

Tantina's fourth foal Daintily Done (by Cacique) was unraced and has not thus far achieved much at paddocks, but that mare was followed by Tarentaise (by Oasis Dream), who did not make it to the track either but has fared better as a broodmare, producing as her first foal Equilateral, who was also touched off into second in the Palace House Stakes earlier in the season. 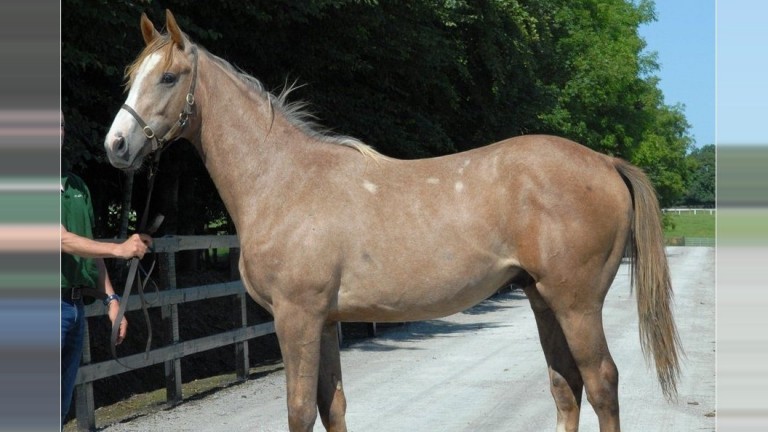 Logician as a yearling with his glorious 'roan' coat
Juddmonte Farms

Tarentaise is now bred from by Haras d'Haspel after being purchased by Marc-Antoine Berghgracht for just 38,000gns at the Tattersalls July Sale in 2016.

Tantina's sixth and last foal was Abated (by Dansili), a Lingfield maiden winner.

Tantina was bred by Juddmonte from its Listed City of York Stakes and Grade 2 Dahlia Handicap winner Didina, a daughter of Nashwan who also produced Chilean Listed winner Colonialism and Grade 2-placed Trekking, as well as Auction Room, the dam of Listed scorer Crying Lightening, and Nessina, who produced Gimcrack Stakes victor Ajaya.

Didina was in turn out of Didicoy, a daughter of Danzig ridden to success in a Newmarket handicap by then five-pound claimer Frankie Dettori 30 years before he would partner the mare's great-great-grandson to Classic victory.

Group 3-placed Didicoy was a daughter of one Monroe, a Juddmonte foundation mare by Sir Ivor out of blue hen Best In Show.

Through other branches, Monroe is ancestress of further superstars for Khalid Abdullah including Senure, Xaar and recent Phoenix Stakes winner Siskin, as well as Close Hatches and her son Tacitus, who was successful in the Wood Memorial and placed in the Kentucky Derby, Belmont Stakes and Travers this year.

Siskin shows the depth and quality of Juddmonte Farms breeding