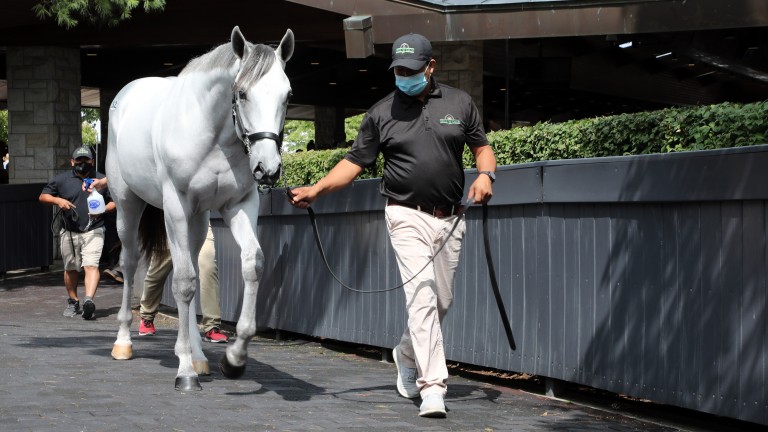 The Curlin colt out of multiple Grade 1 winner Midnight Lucky sold for $1.2m to a partnership including Robert Clay's Grandview Equine
Keeneland photo/Z
1 of 1
By Michele MacDonald 3:58PM, SEP 15 2020

As the founder of Three Chimneys Farm near Midway, Kentucky, nearly five decades ago, Robert Clay went on to oversee the stud careers of prominent sires including Seattle Slew and Dynaformer while also holding several of the most high-profile positions in North American racing.

Now, however, seven years after Goncalo Torrealba’s family bought a controlling interest in Three Chimneys, Clay might just be having more fun in the thoroughbred business than ever.

Currently active with a limited partnership he registered in early 2018 called Grandview Equine, Clay is on a mission to acquire well-bred colts and turn them into future stallions.

On the first day of the sale, Grandview paid $600,000 for a Medaglia d’Oro colt out of Grade 1 winner Angela Renee.

“We’re just trying to make a stallion - to get a nice horse to the races, win a Group 1 and have something to sell back,” said Clay, while watching yearlings in the walking ring behind the Keeneland auction pavilion.

In 2018 and 2019, Grandview partnered with Everett Dobson’s Cheyenne Stables and the Roth family’s LNJ Foxwoods while buying 32 young horses. Their runners now include the three-year-old stakes-winning Into Mischief colt Shoplifted, an $800,000 juvenile purchase, who has placed in a trio of Grade 1 events.

The partners are also racing recent Saratoga maiden winner Olympiad, a two-year-old son of Speightstown trained by Bill Mott who was a $700,000 purchase at last year’s Keeneland September sale. 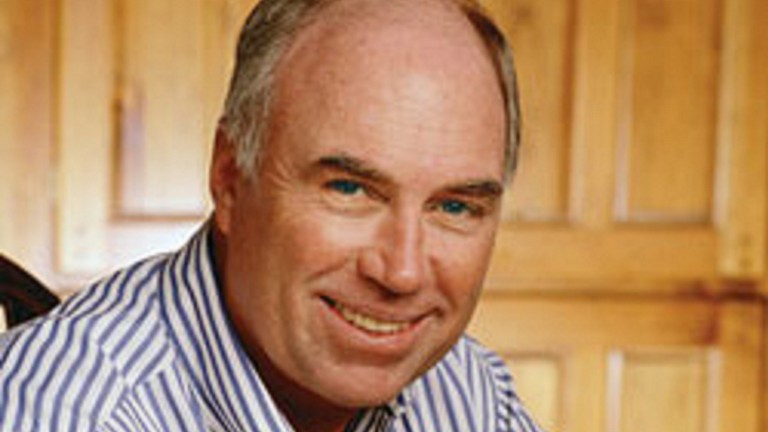 Robert Clay: founder of the famous Three Chimneys Farm and still an active participant in the bloodstock business
“We’re putting deals together,” Clay said of his activity at the current September sale. “It’s fun.”

Clay has also ventured back into breeding and he noted that Grandview has consigned several yearlings to the sale with Runnymede Farm. Upcoming Grandview offerings are hip 568, a Nyquist filly; hip 1342, a Violence colt, and hip 1521, a Gun Runner filly out of Grade 2-placed stakes winner Puca.

Current market conditions can be challenging for both buyers and sellers, said Clay, who also is a former vice-chairman of the Breeders’ Cup board of directors.

“As a buyer, believe it or not, it’s sort of hard because everybody is on the same horses. As a seller, it’s a pretty thin market. You’ve got to have the top 50-75 horses in the sale,” he said, admitting to some feelings of trepidation about selling.

“We’ll just have to wait and see. Everything is uncertain. [Prices] could fall off a little bit,” he predicted of the sessions to be conducted following the close of Book 1 on Monday.

Regarding one point, however, Clay has no doubts. Even though he has jumped back into the breeding business, he does not intend to get back into farm ownership.

Shadwell returns to the fray

FIRST PUBLISHED 3:58PM, SEP 15 2020
We’re just trying to make a stallion - to get a nice horse to the races, win a Group 1 and have something to sell back