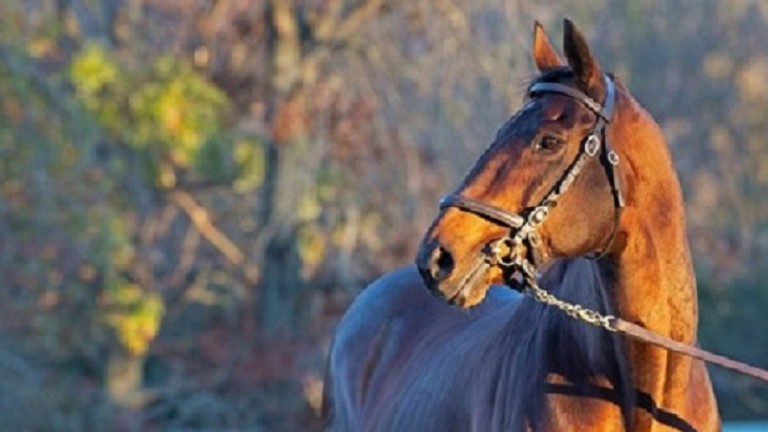 Broken Vow: high class on the track and has proved a loyal and valued stallion at Pin Oak
Anne M. Eberhardt
1 of 1
By Eric Mitchell of Bloodhorse 1:48PM, OCT 22 2021

The 24-year-old stallion out of multiple stakes producer Wedding Vow was the last active son of Unbridled standing in Kentucky. He had shared that honour with Empire Maker, who died on January 18, 2020.

"First as a racehorse and then as an anchor to our stallion roster for 20 seasons, Broken Vow is the embodiment of Ms Abercrombie's breeding programme, producing sound, competitive racehorses whose bloodlines endure," said Clifford Barry, manager of Josephine Abercrombie's Pin Oak Stud.

"We appreciate the industry's support through the years, but mostly we thank Broken Vow for his loyal service to the farm and look forward to providing a well-deserved retirement for him here at Pin Oak."

Broken Vow was an extraordinarily consistent racehorse for trainer Graham Motion. He was undefeated in four starts at three, when he became a stakes winner in the Sir Barton Stakes at Pimlico.

At four he finished off the board only once in ten starts and furthered his stakes credentials with wins in the Grade 2 Philip H. Iselin Handicap, Grade 3 Ben Ali Stakes, R.R.M. Carpenter Jr. Memorial Stakes and Skip Away Stakes.

As a stallion, he sired 80 (six per cent) black-type winners and another 79 that were stakes placed. His elite runners include 27 Graded/Group winners, of which six were Grade/Group 1 winners —Champagne Room, Unbridled Belle, Rosalind, Sassy Image, Cotton Blossom and Emerging Talent.

Though not a Graded stakes winner, his son Tone Broke won two legs of the 2019 Canadian Triple Crown, capturing the Prince of Wales Stakes and Breeders' Stakes after finishing third in the Queen's Plate Stakes.

Broken Vow's progeny have earned more than $80.6 million and averaged $74,096 per starter.

As a broodmare sire, Broken Vow figures to continue to have a lasting influence on the breed. His daughters have produced 36 black-type winners so far who have excelled on turf and dirt, and another 54 stakes-placed runners.

For all the racing and bloodstock news in North America, check out Bloodhorse

FIRST PUBLISHED 1:48PM, OCT 22 2021
We thank Broken Vow for his loyal service to the farm and look forward to providing a well-deserved retirement for him here at Pin Oak