Son of American Pharoah will be consigned by Watership Down Stud 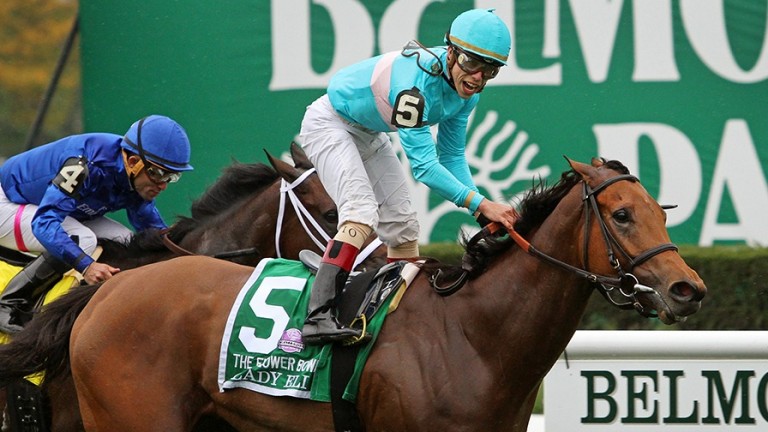 This year's catalogue for Book 1 of the Tattersalls October Yearling Sale will contain a youngster with a brilliant American pedigree, as Kentucky breeder Runnymede Farm has elected to sell the half-brother to Lady Eli in Newmarket.

The son of American Pharoah – the Triple Crown hero who has made a promising start with his first juvenile runners this year – will be consigned to Park Paddocks by Watership Down Stud.

Lady Eli, a daughter of Divine Park and the winning Saint Ballado mare Sacre Coeur, both parents bred by the Clay family's Runnymede Farm, endeared herself to racing fans worldwide with her outstanding talent and constitution.

Trained by Chad Brown for Sheep Pond Partners, she won all her first six starts including the Breeders' Cup Juvenile Fillies Turf and Belmont Oaks; but following the last-named victory she stepped on a nail with her left front foot, and subsequently developed laminitis.

Lady Eli made a remarkable full recovery from what is often a fatal condition to win the Flower Bowl Invitational and finish a nose second to Queen's Trust in the Breeders' Cup Filly & Mare Turf at four. In the following season she added the Gamely Stakes, Diana Stakes and Ballston Spa Stakes to her CV.

She was sold to John Sikura's Hill 'n' Dale Farms for $4.2 million at Keeneland in November and this spring delivered her first foal, a colt by War Front.

Sacre Coeur has not had a yearling go under the hammer since 2015, when her Ghostzapper colt sold to Juddmonte Farms for $400,000 at Keeneland. 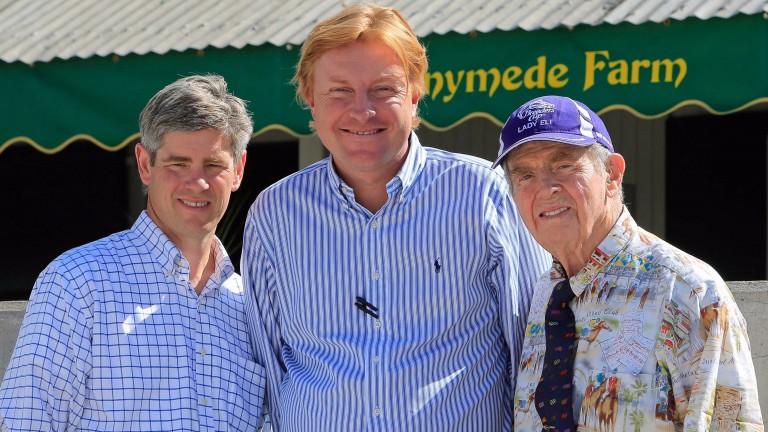 Explaining the decision to send her latest yearling to be sold in Europe, Runnymede Farm vice-president and general manager Romain Malhouitre said: “The Clay family has always taken pride in maintaining Runnymede as a breeding establishment with an international focus. The farm has mares in Europe and for many years also bred and sold in Japan. Thus, it is normal for us to look at different venues for selling our horses.

“Today’s buyers are very sophisticated and well informed about elite bloodlines, and we believe that buyers who would have a serious interest in Lady Eli’s half-brother by American Pharoah would be able to appreciate him and inspect wherever he was offered for sale.

“The maternal side of this colt’s pedigree has broad appeal with its European roots that have continued producing in Europe while also extending to yield top-quality runners on turf and dirt in America and Japan.

“Thanks to our long and valued relationship with Watership Down, Simon Marsh visits us every year to see our possible European prospects. This year, we all agreed that Tattersalls would be an ideal place to sell one of the best individuals in our yearling crop.”

“He's off to a great start on both sides of the Atlantic, and thus we thought that Europe’s premier sale would provide a special showcase for this outstanding yearling,” he said. “The extra month that the Tattersalls sale provides for the colt to continue to develop was also a factor in the decision.”

Reporting on the physique and outlook of Lady Eli's yearling half-brother, Malhouitre said: “Since the day he was born, this colt has always possessed a certain special presence. He carries himself well and has an appealing sense of self confidence.

“Like his siblings, he's good-looking with great strength and balance. While he is a June 3 foal, he already displays excellent muscle definition and he has a solid bone structure.”

Sacre Coeur was rested after producing the Tattersalls-bound yearling last year but is now in foal to Gun Runner. The dam's two-year-old American Pharoah filly has been retained by Runnymede Farm and partners and named Princesa Caroline.

Malhouitre reported that the filly joined Chad Brown's training programme at the start of the summer and is doing well in her early serious work. “We've always held her in high regard,” he said.

The yearling colt has pedigree appeal beyond his famous father and half-sister, as he hails from a fine family nurtured by Runnymede Farm.

“Kazadancoa, Lady Eli’s second dam, was a foundation mare for Runnymede Farm,” explained Malhouitre. “Catesby Clay and Martin O’Dowd concentrated on developing this family and tried to find different branches stemming from two half-sisters of the Aga Khan’s Afayoon – Runaway Bride, the dam of Blushing Groom, and Khazaeen, dam of Kazadancoa and The Dancer.

“Over the last few years, this deep family has added more Grade 1 winners to its credentials, including the Runnymede-bred Collected, Sweet Loretta, Spiced Perfection and Canadian champion Spring In The Air.”

Descendants of Kazadancoa who have flourished in Europe include Racing Post Trophy victor Palace Episode, Debutante Stakes scorer and Moyglare Stud Stakes runner-up Laughing Lashes and none other than the Runnymede Farm-bred Duke Of Hazzard, who won the Group 3 Bonhams Thoroughbred Stakes at Glorious Goodwood on Friday.

Duke Of Hazzard, who has also won two Listed races and finished a fair fifth in the Poule d'Essai des Poulains for trainer Paul Cole and owner Fitri Hay, is out of With Your Spirit, an Invincible Spirit half-sister to Palace Episode. The dam has a Teofilo filly heading to this month's Arqana’s August Yearling Sale and has a Siyouni filly foal at foot.

Closer up in the pedigree, Lady Eli is a half-sister to multiple Graded stakes winner Bizzy Caroline, a daughter of Afleet Alex who resides at Runnymede Farm.

“She's given us four outstanding fillies over the last few years,” said Malhouitre. “We still own her three-year-old daughter by Medaglia D’Oro, Tenacious Jewel. Her two-year-old, an Uncle Mo filly who has been named Birdwatcher, was purchased by Godolphin for $1.1 million at the 2018 Keeneland September Yearling Sale and she is in training in Europe.

“Bizzy Caroline has a yearling filly by Union Rags who is entered in the Keeneland September Sale and she has a Quality Road filly by her side.”

Book 1 of the Tattersalls October Yearling Sale takes place this year from October 8-10.

Twin thoroughbreds to part ways after three years together

Warrendale hoping history repeats itself at Saratoga with Curlin half-sister

Blue Bresil on the move from Yorton Farm to Glenview Stud

FIRST PUBLISHED 6:25PM, AUG 3 2019
The extra month that the Tattersalls sale provides for the colt to continue to develop was also a factor in the decision

Guineas second and top broodmare Jacqueline Quest dies aged 15 'He looks to have an enormous engine' - Ittack Blue tops May Sale at 310,000gns Mares in foal to Frankel in demand as Yulong snaps up Fantasy for A$1.7 million 'A fantastic family' - Coleman goes to €140,000 for Ourebi at Auctav's May Sale Godolphin sets new personal best with sale to Coolmore of $1.3m blueblooded mare 'I never thought it was possible' - the sales snip who became an Oaks favourite