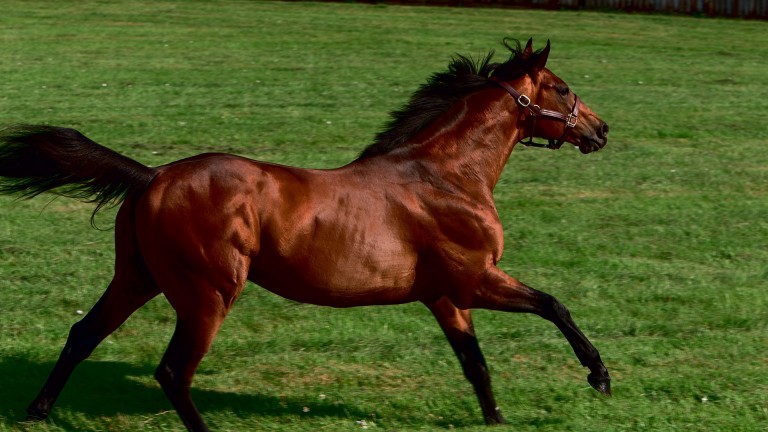 Overlooked in the aftermath of the 2,000 Guineas, amid the celebration of another Classic victory for Aidan O'Brien and the debate about a perceived track bias, was the fact that Farhh had supplied the exciting runner-up King Of Change – another high-class performer for the sire in spite of limited racecourse representation.

King Of Change's trainer Richard Hannon was palpably disappointed with the second-place finish in post-race interviews, which suggests he knows he has a colt of serious potential on his hands.

Pedigree 11yo b h Pivotal-Gonbarda (Lando)

To give an idea of how badly Farhh's fertility issues have depleted his progeny numbers, he has had just 39 runners in Britain and Ireland. Camelot, Dawn Approach and Havana Gold, fellow Group 1 winners who retired to stud in 2014, have had 130, 118 and 116 respectively.

Statistics supplied by Darley show that Farhh is running at 16 per cent stakes winners to runners, just one point below Dubawi among British-based stallions, and is on ten per cent Group winners to runners, on a par with that esteemed Dalham Hall Stud colleague and Frankel.

For Darley's director of stallions Sam Bullard, he is only living up to his excellent race record – successful in the Lockinge and Champion Stakes for Saeed Bin Suroor – and blue-chip pedigree.

"We always expected great things from Farhh," he says. "A dual Group 1 winner, he was a brilliant racehorse who excelled over a mile to ten furlongs.

"By the redoubtable Pivotal, he hails from an exceptional German family that counts Irish Derby hero Fame And Glory and Classic filly Legatissimo in its ranks, plus his own Group 1-winning dam Gonbarda.

"So his start at stud has come as no surprise and we were delighted that he should sire the Derby second and recent Sagaro Stakes winner, Dee Ex Bee, in his first crop. From those initial runners, he also had Acomb Stakes winner Wells Farhh Go, who won a second Group 3 when an impressive winner of the Bahrain Trophy, plus the Prix Hocquart victor Nocturnal Fox.

"Last weekend, Farhh’s second-crop son King Of Change fulfilled the promise shown on his previous start and rewarded the huge belief in him from his trainer Richard Hannon when running a fine second in the 2,000 Guineas at Newmarket." 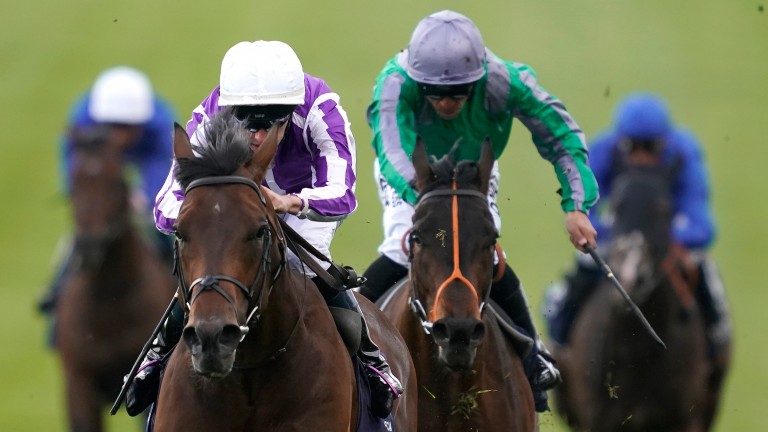 King Of Change (green silks): found only Magna Grecia too good in the 2,000 Guineas
Alan Crowhurst

Sadly, Farhh's presence on racecards looks set to contract in the next year or so due to breeders turning away from him in his third and fourth seasons at stud, put off perhaps by the subfertility but also because the thrill of the new – so pervasive among commercial breeders – had worn off by then.

He sired 38 foals from 81 mares covered in his first season and 39 offspring from 76 mares in his second year at stud.

But there are only 20 two-year-olds of 2019 from the 35 concubines he received in his third season and just 17 current yearlings from 37 mares in his fourth book.

Predictably, breeders wanted to jump back aboard the bandwagon last year after Farhh made a promising start with his first two-year-old runners in 2017, and he was visited by 76 mares. Among their number was Diala – the dam of Skardu, who was one place behind King Of Change in the 2,000 Guineas – along with the mothers of Pretty Polly Stakes heroine Urban Fox and Jebel Hatta winner Blair House.

"Since Farhh’s first season at Dalham Hall Stud, we have applied various management practices to ensure we give our clients and the stallion the best possible chance of getting the most mares in foal," Bullard goes on to explain.

"Along with limiting his book, we work closely with clients to do everything we can to achieve a positive result. We will continue to monitor him carefully and we're always looking at any developments that may benefit him and our clients in the future."

There will have been several disappointed breeders who hoped to use Farhh in the past two seasons as they failed to get their mares into the stallion's limited books, with Darley rewarding those clients who kept the faith during the lean third and fourth seasons.

"Not surprisingly, Farhh was very popular with breeders again this year and unfortunately, we did have to turn some mares away," says Bullard. “He will still cover 65 mares this season, which includes several of Godolphin’s own mares.

"We always try to help breeders who are loyal to Darley, who in turn support us with the best quality mares possible. Breeders such as Meon Valley, Watership Down and Laundry Cottage Stud are just a few who have regularly returned to Farhh and are once again supporting him this season."

Farhh's latest star King Of Change was the result of a home mating, bred by Rabbah Bloodstock and campaigned by Ali Abdulla Saeed.

Sean Levey, who partnered the colt at Newmarket last week, reported after he dismounted that he would like to see him in the Derby, although Bruce Raymond, representing the owner, thought he would not stay 12 furlongs at Epsom. Hannon, for his part, mentioned the Prix du Jockey Club in post-race briefings.

The step up in trip to ten furlongs at least looks worth a shot on pedigree.

Farhh appears to be transmitting plenty of stamina, which should be no shock as he stayed ten furlongs well and hails from that stout German family; Racing Post statistics credit the sire with an average progeny winning distance of 10.5 furlongs with Dee Ex Bee, Elegiac, Nocturnal Fox and Wells Farhh Go all scoring in stakes company over 12 furlongs to two miles.

On the other hand Century Dream, King Of Change's half-brother by Cape Cross, is a high-class miler, triumphant in the Diomed Stakes and third in the Queen Elizabeth II, and their dam Salacia, by Echo Of Light, was a winner over six furlongs. But Farhh's influence should impart enough staying power to make the pedigree effective beyond a mile.

Farhh's two recent flagbearers have a pedigree connection as Dee Ex Bee is out of a half-sister to Dubai Millennium, the father of King Of Change's damsire Echo Of Light. Perhaps the coincidence will have encouraged Godolphin and other breeders to send more of the many smart daughters of Dubai Millennium's greatest son Dubawi to Farhh in future.

Read 'em and weep: the brilliant hand of juveniles held by Galileo

FIRST PUBLISHED 6:06PM, MAY 13 2019
Not surprisingly, Farhh was very popular with breeders again this year and unfortunately, we did have to turn some mares away

Great British Bonus: new prize scheme set up to safeguard fillies' programme Spinning Memories boosts Magic Millions prospects with victory days before sale Son of Intello goes for €58,000 as Osarus hosts Europe's first online auction Latest crop offers more chances for Wootton Bassett to shine as a stallion Richard Kent and his team show off the prized stock at Mickley Stud 'It's a busy household as my wife is working on the frontline'