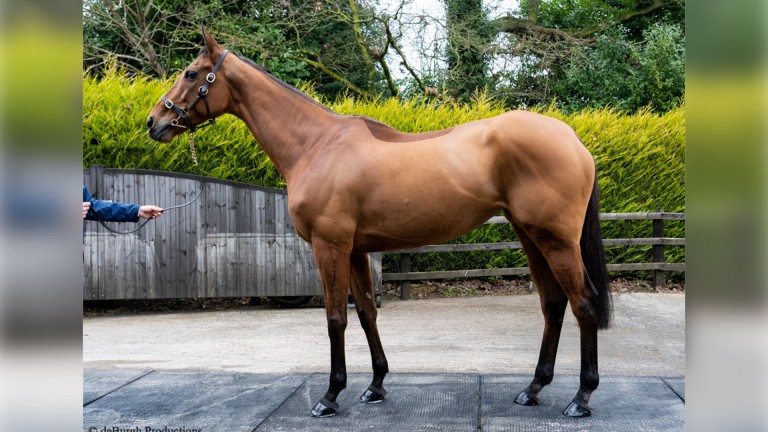 With no date in her diary for a personal appearance in the ring, La Bague Au Roi is enjoying something akin to an extended spa break in Shropshire before next Tuesday's online Doncaster January Sale.

Just past her tenth birthday, the Grade 1-winning mare is the headline attraction of more than 80 horses in and out of training and breeding stock to be offered in this first stage of the sale through the Goffs UK bidding platform.

La Bague Au Roi is being consigned by Mill House Stud to dissolve a partnership between her owners, members of the Turner and Merriam families.

She ran in their silks for seven seasons for the Warren Greatrex yard, making a winning debut as a four-year-old in a bumper at Newton Abbot before taking a Listed prize and striking at the same grade as a novice hurdler.

The French-bred daughter of Doctor Dino also won the Grade 2 Warfield Hurdle at Ascot but is best remembered for her exploits as a chaser, managing consecutive top-level wins in the Kauto Star Novices' Chase followed by the Flogas Novice Chase.

"She’s been with us about three weeks now, not that long, and she’s just been on the horse walker every day and under lights, basically to get her ready to be covered," explained Juliet Minton of Mill House.

"The people that own her are friends of ours and when her racing days were over the decision was that she’d be sold to be covered as a broodmare. They haven’t got any broodmares, they just love the racing side of it really.

"They’ll be very sad to see her go, they’ve had her all along and she’s a beautiful, beautiful mare."

Although the Mintons have long been significant figures in National Hunt circles, as Juliet's husband David is the powerbroker behind many of Nicky Henderson's champions and Mill House producing fine jumps prospects every year, they have still been quite taken with their guest.

"You could not fault her in any way and luckily her ability is as good as she looks - they’re not always like that," said Juliet Minton. "She’s got everything to go with it - she’s perfect conformation-wise, she’s a brilliant mover. She’s just a proper queen." 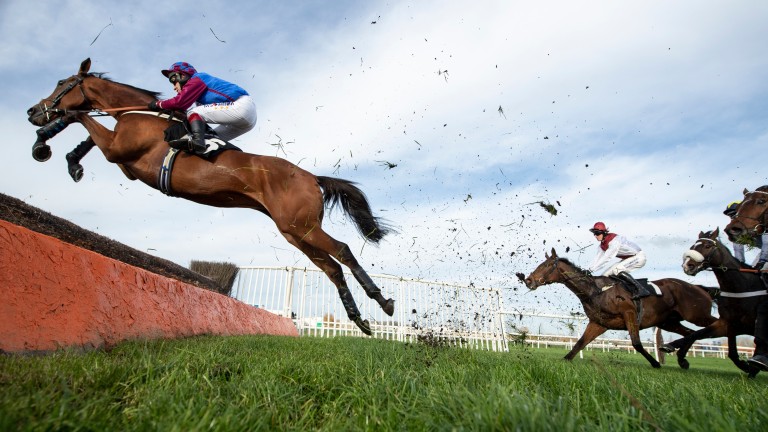 Now, it is about waiting for La Bague Au Roi's reputation to speak for itself next week.

Minton continued: "Lara de Burgh has done the videos and photos, that was much better than me trying to do them! She won’t go anywhere now until we see who buys her. It’s quite odd, but we’ll just all be watching a screen and see what she makes and where she goes.

"We’ve had a few people ringing up but you haven’t got any real idea who’s interested; if you were at the sales they’d come and look at her a few times."

Bidding on all lots opens at 10am next Tuesday, with lots closing in two-minute intervals from 12 noon.

Mill House Stud has several more to look out for. Six lots after La Bague Au Roi is offered at number 62 is Queens Present, a winning hurdler for Andrew Wates out of a sister to Cheltenham Gold Cup winner Kicking King, who is in foal to Jack Hobbs.

She is joined by Kayf Tara mare Sorry About That, unraced for Gordon Elliott but, importantly, a half-sister to Lecale's Article, a €320,000 Irish point-to-point recruit by David Minton's Highflyer Bloodstock in 2018 who made a truly impressive debut for Henderson in a maiden hurdle at Newbury last month.

"Lecale's Article looks the real deal, hopefully, and she’s a beautiful mare with a lovely pedigree," said Juliet Minton. "Plenty of people have been ringing up about Queens Present too. She's a lovely mare and Presenting is such a good broodmare sire."

FIRST PUBLISHED 7:32PM, JAN 19 2021
You could not fault her in any way and luckily her ability is as good as she looks - they’re not always like that