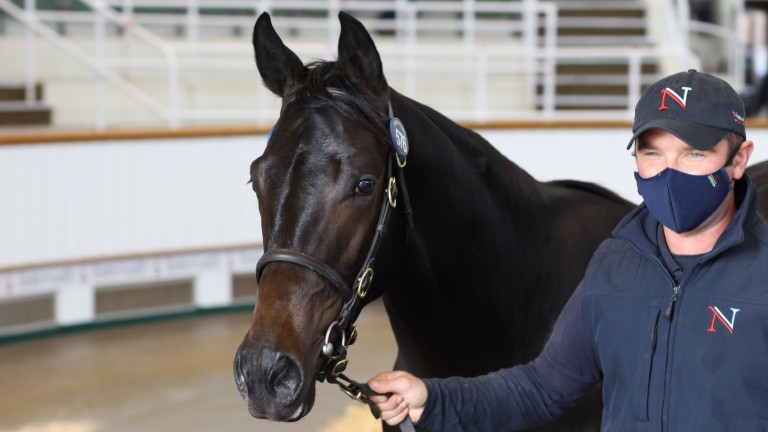 Pinning down expectations in such uncertain times is not straightforward. Nonetheless, even the hopes of the most optimistic out there are likely to have been surpassed on day one of Book 2 of the Tattersalls October Yearling Sale.

Granted the highs may not have been quite so giddy as 12 months ago, when Book 2 witnessed its first seven-figure lot, but just about every other market metric bore a striking similarity to the same session 12 months ago. Given the backdrop to a uniquely challenging sales season, that in itself is an achievement.

The most striking metric of all was the clearance rate as 85 per cent - up from 82 per cent - of the lots on offer found a buyer, with 216 sold from 255 presented.

Anthony Stroud spent plenty of Book 1 standing by the parade bidding on behalf of Godolphin, an exercise that resulted in Sheikh Mohammed's operation making 22 acquisitions at a total spend of 16,430,000gns.

Stroud returned to his spot by the parade ring early on in Monday's session and duly secured the Kingman colt out of Allez Y with a bid of 400,000gns, a price that proved a high point of a marathon session of selling.

"I like Kingman, obviously," said Stroud after he had signed the docket on behalf of Godolphin. "He comes from Norelands, who do a fantastic job, and he's a well-balanced horse who moves very well. We've had a lot of luck with Kingman with Palace Pier and Persian King and this colt will be trained by Andre Fabre."

The March foal is out of Allez Y, a winning daughter of Rip Van Winkle and Irish Oaks runner-up L'Ancresse whose siblings include Vintage Crop Stakes winner Master Of Reality, Listed scorer Chamonix and the progressive stayer Frankenstella.

Tattersalls: Lot 576, @NorelandsStud Kingman colt out of a half-sister to Master Of Reality, sells to @StroudColeman for 400,000gns. pic.twitter.com/GetUb3tcn7

Allez Y was trained by Fabre for the Coolmore partners and was bought for John Camilleri, who breeds under the Fairway Thoroughbreds banner, by De Burgh Equine and James Harron Bloodstock for 170,000gns at the 2016 December Sale.

"He's a very nice horse and those ones are easy to sell," said Norelands' Harry McCalmont. "There's a strong market here for nice horses. Allez Y boards with us at the moment but she's actually heading down to Australia soon.

"She's in foal to Lope De Vega at the moment. This colt belonged to a client of ours called John Camilleri, who bred Winx. We've got some nice mares for him and I'm delighted to sell a good one for him."

The session-topping sale continued a hot run of form for Norelands, as the County Kilkenny operation sold the Frankel half-sister to Golden Horn to Godolphin for 2,000,000gns during Book 1, and then saw past graduate St Mark's Basilica, who cost MV Magnier 1,300,000gns, land the Group 1 Dewhurst Stakes on Saturday.

The second-top lot came much later in the session when David Redvers went to 390,000gns for the Dark Angel filly out of Extricate offered by Yeomanstown Stud. The February born youngster's page featured a significant update as her Kingman half-sister Queen Of Love was last seen maintaining her unbeaten run in the Listed Prix Coronation at Saint-Cloud.

Queen Of Love, a €650,000 Arqana Breeze-Up graduate, is the second black type winner from three runners for Extricate, as her first foal is the Listed-winning Dark Liberty, who is also by Dark Angel. 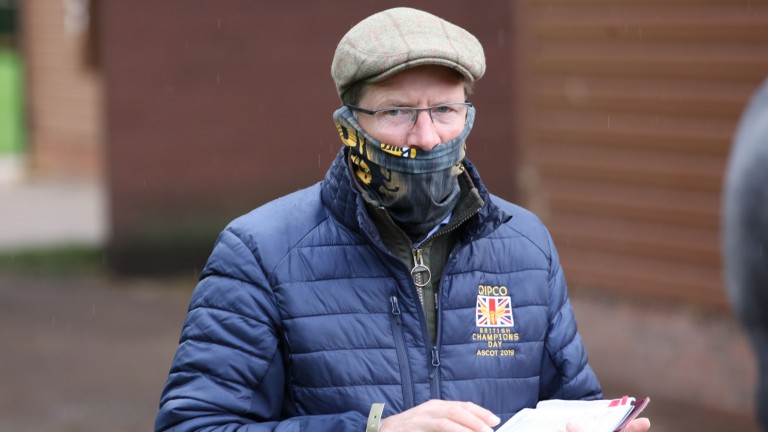 "I thought she was lovely," said Redvers. "She's been bought to join Qatar Racing and she's one to join our breeding programme in the long term. She looks all speed and is just a little cracker."

The dam hails from a Cheveley Park Stud family but, as David O'Callaghan explained, has taken a somewhat unusual route into the Yeomanstown Stud broodmare band.

"The dam was bred by Cheveley Park Stud but Guy [O'Callaghan] actually found her out in Sweden, brought her back and entered her in the sales before Gay [O'Callaghan] bought her off him," he said. "He'll be sorry now! She has another full-sister on the ground, she's very nice, and she's back in foal to Dark Angel. She'll stick with him for the time being." 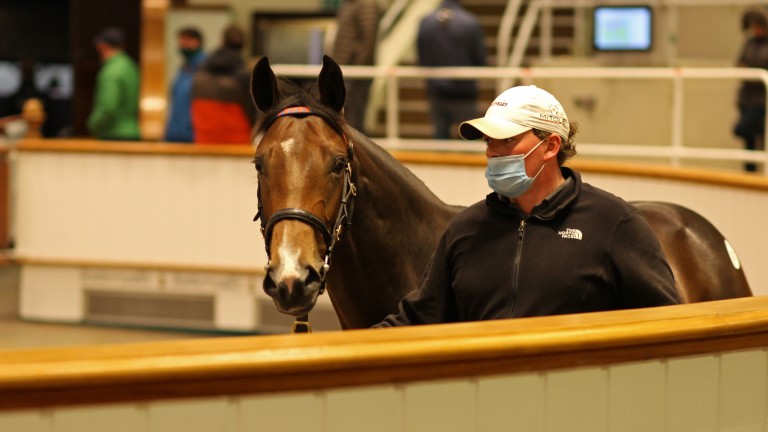 David O'Callaghan added of the six-figure yearling: "It's a very fast family and she's a sister to what looks a very promising filly in Queen Of Love. She looks very fast herself and I hope she rewards her new owners."

Stroud steps back in

Having secured the session-topping Kingman colt, Stroud was back in action later on when signing as Stroud Coleman Bloodstock at 350,000gns for the Churchill filly offered by Newsells Park Stud.

The filly is out of Date With Destiny, the only foal sired by George Washington, and is therefore closely related to the Group 3 Royal Whip Stakes winner Beautiful Morning, who was sold to Lady Bamford through Hugo Lascelles for 1,400,000gns at the 2018 December Mares Sale. 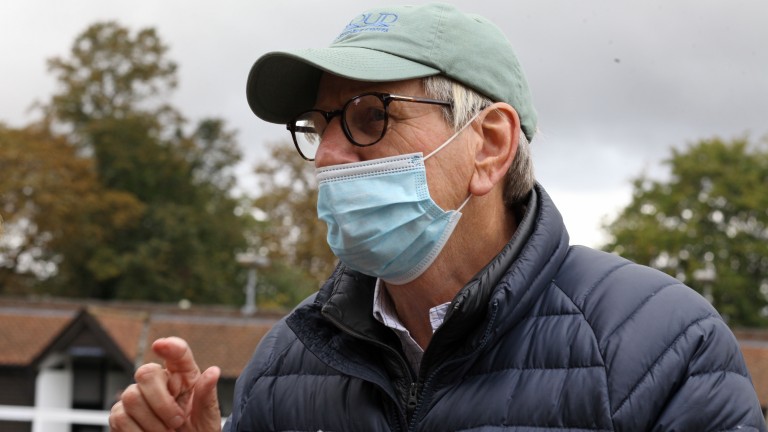 The pedigree is packed with speed as the dam is an unraced Redoute's Choice sibling to Haydock Sprint Cup victor Regal Parade and the Acomb Stakes scorer Entifaadha.

"I loved her, she's my favourite filly in the sale," said Donald. "We stretched a bit to get her, but everyone was on her. She walks for fun, it's a lovely family to be involved with and there is probably more to come as well. She's been bought for King Power Racing."

Mehmas continues to carry all before him in this year's first-season sire standings, with the Tally-Ho Stud resident having supplied 34 winners, among which are the likes of Middle Park Stakes hero Supremacy and the Gimcrack scorer Minzaal.

Tom Goff is clearly among the Mehmas fanclub as the Blandford Bloodstock agent went to 320,000gns for a colt out of Ashtown Girl offered by Cregg Stud.

"I think you could describe the sire as a revelation," said Goff, who stood alongside Amo Racing's Kia Joorabchian and John Gosden during the bidding. "A lot of people wrote him off at the start of the year as cheap speed but he's defied all expectations. 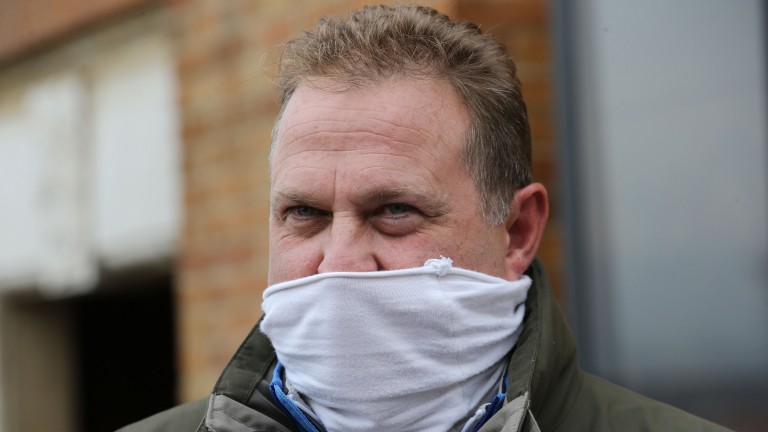 Tom Goff: "You could describe Mehmas as a revelation"
Laura Green

"I had a brief to buy a colt who will make a sharp two-year-old and he fits the bill perfectly. He's a beautifully topped individual with a great action and looks rapid. He'll be trained by John Gosden."

Ashtown Girl went unsold as a yearling at just €8,000 but the daughter of Exceed And Excel, whose siblings include Hot Streak, has gone on to breed two winners, including the stakes-placed Ziarah.

She was among 177 mares in Mehmas's second book, which was covered at a fee of just €10,000. John Noonan of Cregg Stud in Fermoy, County Cork said yesterday's six-figure transaction was a personal best in terms of sales ring success. 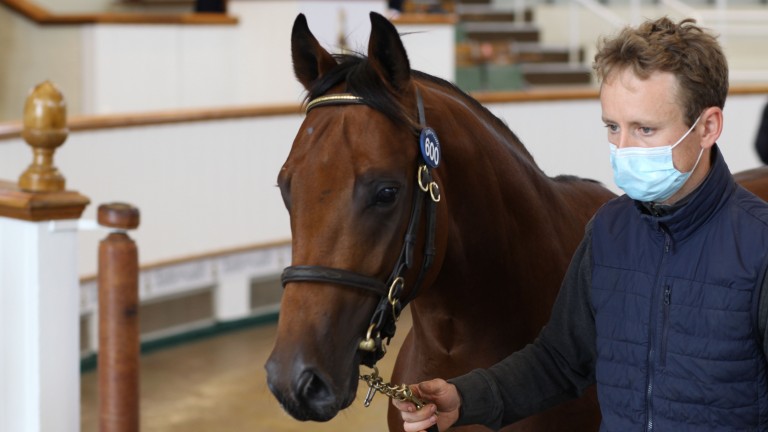 "He's been the busiest horse at the sales," said the consignor, who also offers an eyecatching Kodiac colt as lot 1,270 on Wednesday. "The mare has been very lucky for us, I didn't sell her as a yearling but she's been good to us since. She's in foal to Ribchester at the moment.

"I have ten Flat mares and five National Hunt - I'm a National Hunt man through and through really. I'm delighted that Mehmas has had so much success for the O'Callaghans."

Goff's Blandford colleague Richard Brown entered the fray later on when going to 280,000gns for the Nathaniel colt out of Desert Berry offered by Strawberry Fields Stud. The colt is a sibling to three winners, most notably the classy Archie Mckellar, who races as Flying Thunder in Hong Kong.

The progeny of Desert Berry, a daughter of Green Desert, have also enjoyed their share of success in the sales ring too, as her Archipenko colt jointly topped day two of Book 2 in 2019 when bought by the Hong Kong Jockey Club for 425,000gns.

"He's an outstanding individual and you like to see Green Desert with Nathaniel," said Brown. "He's just an exceptional moving horse but he's going to need plenty of time as he's a Classic type."

Earlier in the session Brown went to 185,000gns for the Grove Stud-consigned No Nay Never filly out of Bewitchment whose price had risen significantly since she was signed for by Church Farm and Horse Park Stud at 90,000gns as a foal. The dam is a Pivotal half-sister to the Group 1-winning Hooray.

"The stallion has just had a Group 1 winner with a filly in the Cheveley Park Stakes [Alcohol Free] and she’s from a very good Cheveley Park family," said Brown. "She looked fast and absolutely lit up the ring walking around here."

Loughtown Stud enjoyed a good result when Ross Doyle struck a winning bid of 220,000gns for the operation's Invincible Spirit filly out of the Listed-placed Cristal Fashion.

The filly's page traces back to the likes of Crystal Music, Libran and Space Traveller, but it was a likeness to Zebedee, another by Invincible Spirit, that caught Doyle's attention.

"I said to Richard Hannon as we went down to see her that I think she's the best filly I've seen in Book 2," he said. "He agreed with me and said we had to have her. She comes from a great farm and she's by a top stallion and I thought she was an outstanding physical too.

Book 2 continues on Tuesday at 10am.

FIRST PUBLISHED 10:48PM, OCT 12 2020
He comes from Norelands, who do a fantastic job, and he's a well-balanced horse who moves very well