Kayf Tara colt tops bill at £58,000 amid glowing reports about his brother 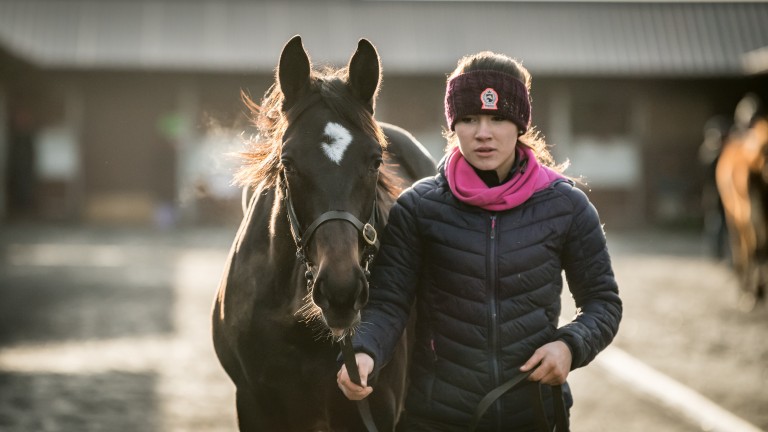 Overbury Stud stalwart Kayf Tara had six yearlings sell for more than £35,000 at the Goffs UK January Sale last year, and the popularity of his progeny once again drove trade during the National Hunt foal section on day one of this year's auction.

The action inside the ring was just warming up when Brendan Bashford made a winning play for an April-foaled Kayf Tara colt out of six-time winner Supreme Present offered by Little Lodge Farm.

Described by Tim Kent as "every inch a racehorse", the colt's three-year-old full-brother is in the care of Wilson Dennison, with positive soundings emerging from that camp.

"He comes from a very good home and will be re-consigned as a store," said Bashford.

Peter Molony of Rathmore Stud was also busy re-stocking ahead of the 2021 store sales, stretching to £28,000 for a June-foaled colt by the sire from Natton House Thoroughbreds.

Out of a Polish Precedent half-sister to Group 3 winner Gower Song, the colt was described by his new owner as "a lovely horse for a June foal" before indicating he would be resold as a three-year-old. 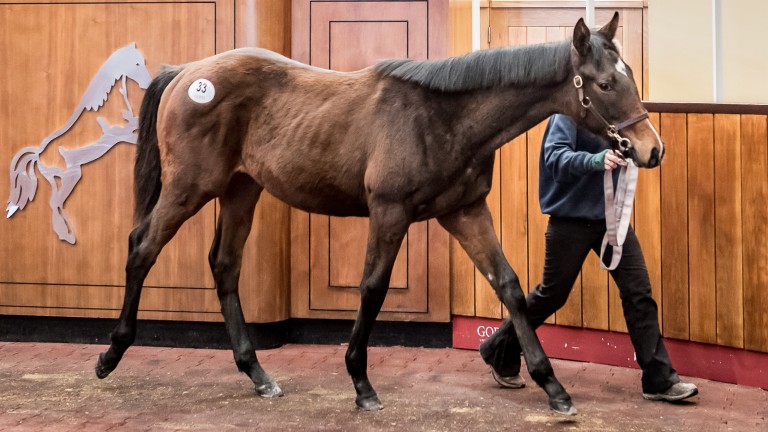 Kayf Tara also made his mark on as a broodmare sire on Tuesday with Kevin Ross, stood by the stairwell, signing for a £50,000 Blue Bresil colt out of the Rendlesham Hurdle second Mickie.

"He's been bought for Chris Jones' Killeen Glebe Stud and will be offered for resale," said Ross, who also signed for a €65,000 colt by the same sire with Ben Case at the Tattersalls Ireland November Sale.

The colt's page is replete with stakes performers, his first three dams having all attained black type.

Another for Kayf Tara as damsire on the day was the Shirocco colt out of his unraced daughter Early Dawne who was hammered down to Park Farm for £46,000.

Auctioneer George Stanners described the April-born colt as having "a bang up-to-date pedigree and from a top-class hotel" as he was led around the ring.

"We'll be selling one or two of them, and some of them we'll race." said Richard Collins of Park Farm, an operation which also signed for four foals at the Goffs December Sale for a total spend of €191,000, including the €82,000 Mount Nelson colt out of Glens Melody.

Early Dawne is a half-sister to Rockpoint, another son of Shirocco who gave the page a further boost when winning the Grade 2 Bristol Novices' Hurdle at Cheltenham last month. The mare is also a three-parts sister to RSA Insurance Novices' Chase favourite Santini.

Kayf Tara, the sire of last year's Irish Gold Cup hero Edwulf - who graced the catalogue front cover - will embark on his 19th covering season and third at a £10,000 fee at Overbury this year.

JD Moore, stood on the bridge opposite the rostrum, was pleased to have secured the Telescope half-brother to Sizing John, one of the standout lots on paper on Tuesday, for £40,000.

The March-born colt's attractive pedigree might have frightened off other interested parties, surmised Moore, who said: "He's absolutely insane value considering his pedigree and physical. He's been bought for a couple of pinhookers."

As well as the 2017 Cheltenham Gold Cup hero Sizing John, the colt is also a half-brother to the Listed-placed hurdle mare Scholastica, out of the winning bumper mare and hurdler La Perrotine.

Telescope - who drew plenty of admirers at the TBA National Hunt Stallion Showcase earlier in the day - is standing his fourth season at Shade Oak Stud in Shropshire at a £3,000 fee.

Light snowfall in the early evening confirmed how bitterly cold it was outside, with buyers finding shelter in the sales auditorium, including John Bleahen of Lakefield Farm who secured a two-year-old gelding from the final crop of Midnight Legend for £36,000.

Bleahan has twice sold sons of Midnight Legend, and has come up trumps each time with Gold Cup hero Sizing John and the Olly Murphy-trained Carlisle bumper winner I K Brunel.

"I've been lucky with the sire," said Bleahen. "He's an outstanding athlete - a great mover with size and scope - but I was all out at that price. He will be offered for resale as a three-year-old."

'Potentially top-class' pointer could steal the show at January Sale