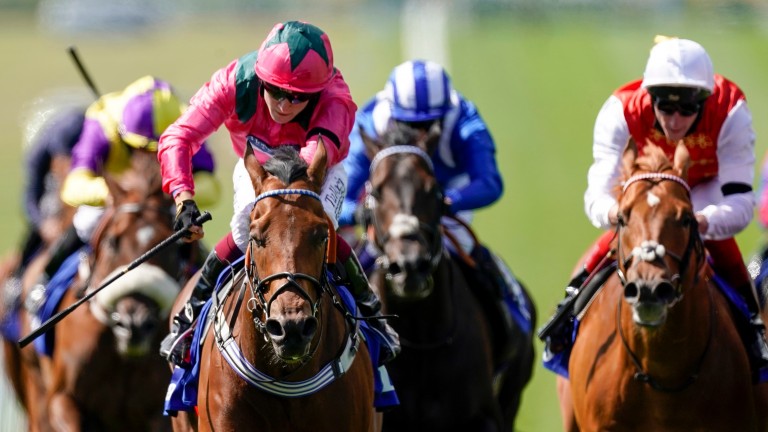 Oxted gave hope for all breeders operating on a budget as he stormed to victory in the July Cup at Newmarket on Saturday.

The four-year-old gelding, winner of the Abernant Stakes on his last start, was delivering a maiden Group 1 success for his trainer Roger Teal, jockey Cieren Fallon and sire Mayson.

This was a particularly welcome breakthrough for Cheveley Park Stud resident Mayson, who took the July Cup on testing ground himself eight years ago.

The son of Invincible Spirit has been bubbling under the surface with commendable results since his first two-year-olds raced in 2016, and had 21 stakes performers to his name but no Group winner until the emergence of Oxted.

Oxted was bred by co-owners Tony Hirschfeld and Stephen Piper and is the first reported foal out of the Choisir mare Charlotte Rosina, who was saddled by Teal to win four races – achieving a decent peak Racing Post Rating of 96 for running a close third in a Class 3 handicap over six furlongs at Epsom.

Charlotte Rosina is in turn out of the Piccolo mare Intriguing Glimpse, a four-time winner for Brooke Sanders who ran a cracker when sixth in the Group 3 Summer Stakes on her only effort in stakes company.

Sanders also oversaw the career of Intriguing Glimpse's dam Running Glimpse, a daughter of Runnett who won seven races, including when beating future Ayr Gold Cup winner Sarcita as she broke her maiden at Windsor. 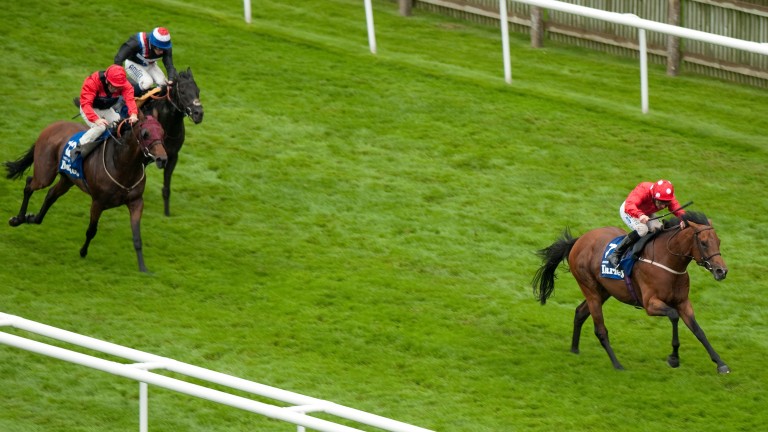 Mayson bolts up in the July Cup in 2012
Edward Whitaker

This is a family that has produced plenty of prolific winners but Oxted is the only black-type runner of any kind who is descended from Running Glimpse, who herself was a half-sister to Italian and German Group 2 scorer Captain Horatius.

Sadly she has experienced difficulties at stud and has not produced a foal since, and is being rested by her owners this year.

Oxted was not the only good advertisement for budget bloodstock in this year's July Cup.

Furthermore, third-placed Golden Horde is by Lethal Force, a former stablemate of Mayson at Cheveley Park Stud, and was conceived at a fee of £10,000. The sire now stands at Haras de Grandcamp in Normandy at €6,000.

FIRST PUBLISHED 5:55PM, JUL 11 2020
Mayson has been bubbling under the surface with commendable results since his first two-year-olds raced in 2016