Race is aimed at progeny of sires with a sales median of no more than €75,000 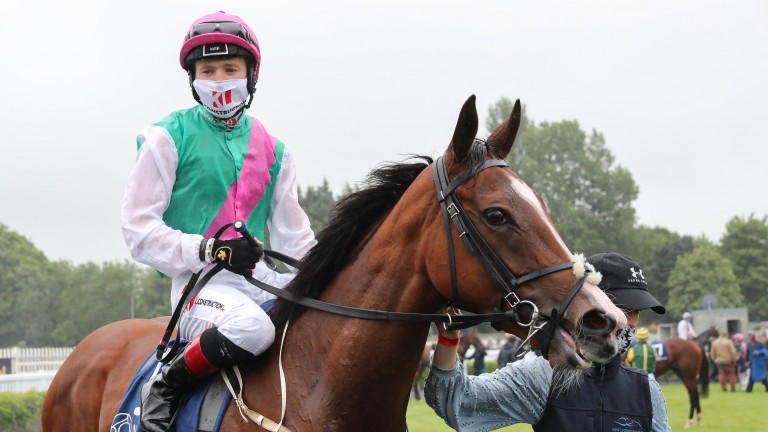 With a prize-fund of €300,000, the Irish EBF Ballyhane Stakes attracted a sizeable field at Naas on Monday, with the well-related Sacred Bridge defying a penalty to win cosily for Juddmonte.

The race, which had initially attracted 240 entries from Irish-based connections and 121 from Britain, was staged for the first time last year and is aimed at the progeny of sires with a median of no more than €75,000 at last year’s yearling sales.

John O’Connor, chairman of the Irish EBF, explained the rationale by saying: “The Irish EBF Board are pleased to see such large entries again for a race that is only in its second year. It shows there is great demand from owners and trainers with horses in this section of the market; utilising the median price of the sire as a race condition allows both homebred and auction-bought horses to compete on a level playing field.

"Between this lucrative race, the 26 Median Sires Series races and the 27 Auction Series races, there is at least €1.6 million of prize-money on offer in these Irish EBF supported races for connections of two-year-olds this year.”

Sacred Bridge was retaining her unbeaten record with a half-length success over the Richard Hannon-trained Profitable colt Bosh, a dual winner, and supplementing a straightforward success in the Listed Tipperary Stakes in June.

The two-year-old daughter of Bated Breath is the seventh foal out of the winning Beat Hollow mare Sacred Shield, a half-sister to the Listed-winning Double Crossed, the dam of Juddmonte's popular multiple top-level scorer Twice Over.

Sacred Bridge is another typically well-bred runner in the Juddmonte silks, being a full-sister to Viadera, who provided Bated Breath with a first top-level win in last year's Matriarch Stakes, and closely related to the dual Listed victor and Group-placed Dansili gelding Crossed Baton.

FIRST PUBLISHED 3:45PM, AUG 2 2021
It shows there is great demand from owners and trainers with horses in this section of the market