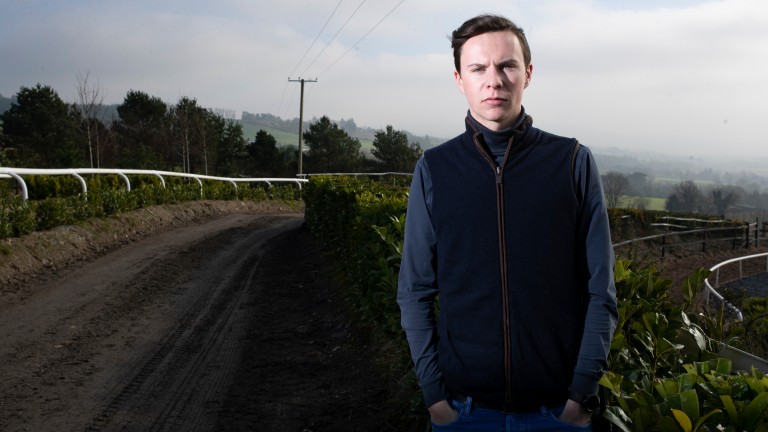 Joseph O'Brien on the new surface at Dundalk: "There is no doubt that I will be having less runners there to what I normally would have."
Patrick McCann
1 of 1
By James Thomas UPDATED 8:16AM, MAR 6 2020

Joseph O'Brien and owner-breeder Khalid Abdul Rahim take the wraps off the regally-bred Fifth Fleet in the Willie Buckley Memorial Maiden at 7.15 at Dundalk on Friday evening.

The three-year-old colt is a son of US Triple Crown hero American Pharoah, who has impressed with his first crop of racecourse representatives having already sired six stakes winners, headed by the Breeders' Cup Juvenile Turf Sprint scorer Four Wheel Drive and the Grade 2 Jessamine Stakes winner Sweet Melania.

American Pharoah also notched some notable results in Europe, with Monarch Of Egypt - his first ever runner - making a winning debut at Naas before running Siskin to three-quarters of a length in the Group 1 Phoenix Stakes, while the Wesley Ward-trainer Maven landed the Group 3 Prix du Bois at Chantilly.

Although a dual Grade 1 winner at two, having landed the FrontRunner Stakes and the Del Mar Futurity, he will always be best remembered for what he achieved at three, as he swept the Kentucky Derby, Preakness Stakes and the Belmont Stakes to become the 12th winner of the US Triple Crown. 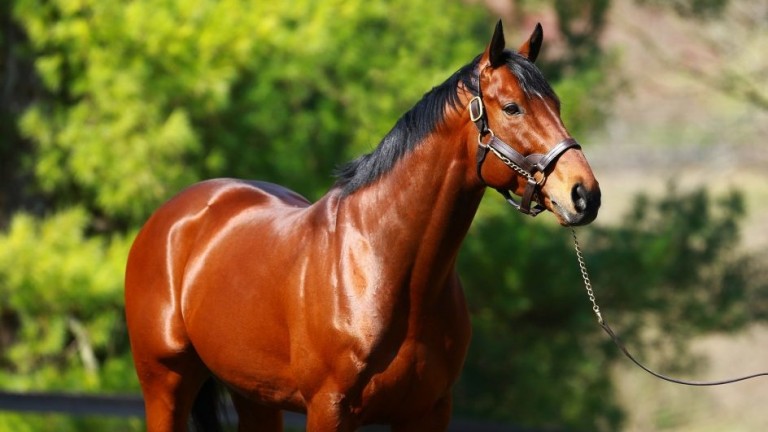 American Pharoah: made a big impression with first two-year-olds
Coolmore
It is not just Fifth Fleet's male line that boasts Classic success, as he hails from a distinguished female family. He is the sixth foal out of Song, an unraced daughter of Sadler's Wells who has produced two winners already.

In turn, Song is a sister to Yesterday, winner of the 2003 Irish 1,000 Guineas and runner-up to Casual Look in the Oaks, and Quarter Moon, winner of the Moyglare Stud Stakes at two and also second in the Oaks behind Kazzia in 2002.

Quarter Moon went on to produce four black type performers at paddocks, most notably Diamondsandrubies, who got the better of Legatissimo to win the 2015 Pretty Polly Stakes, and You'll Be Mine, who finished third in the Fillies' Mile and later hit the headlines as the dam of Eminent.

Loveisallyouneed is another sister to Song, and although she too did not grace the racecourse, she became the dam of Demarchelier, the son of Dubawi who landed the Grade 3 Pennine Ridge Stakes and now stands at Claiborne Farm in Kentucky.

Song, Yesterday and Quarter Moon are all out of the top-class producer Jude, which means that Group 1-winning talents such as Aussie Rules, Allegretto, Albanova and Alborada also appear beneath Fifth Fleet's third dam, Alruccaba.

Business as usual for Japanese studs despite coronavirus state of emergency

FIRST PUBLISHED 5:58PM, MAR 5 2020
It is not just Fifth Fleet's male line that boasts Classic success, as he hails from a distinguished female family