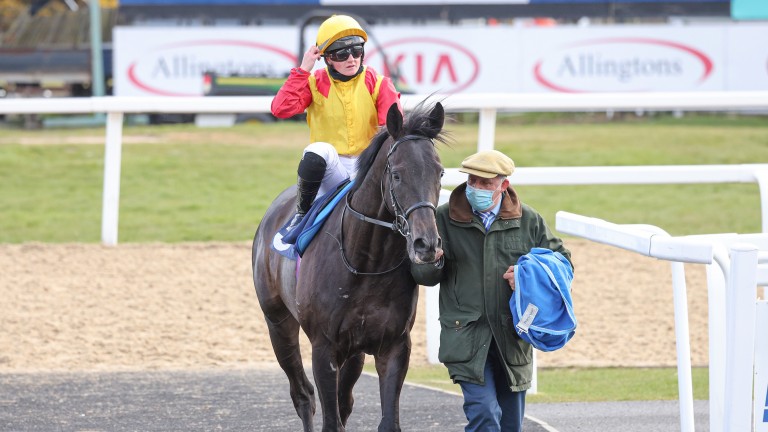 Hollie Doyle was in the saddle as John Leeper got off the mark at Newcastle
GROSSICK RACING
1 of 1
By Tom Peacock 6:45PM, APR 30 2021

John Leeper, whose name holds particular importance for the whole Dunlop family, struck at Newcastle on Friday and in turn provided a second victory as a broodmare for the brilliant Snow Fairy.

The Frankel colt is trained by Ed Dunlop, whose late father John is remembered here by owners Anamoine Limited, which have had horses with both Dunlop snr and jnr.

Ed Dunlop also trained Snow Fairy, the battling winner of the 2010 Oaks who went on to claim notable successes in Hong Kong and Japan and signed off her career by beating Nathaniel and St Nicholas Abbey in the 2012 Irish Champion Stakes.

She has made a steady start to life as a broodmare with her second foal, Virgin Snow, winning at Haydock last year and going on to claim black type with a third in the Pride Stakes at Newmarket.

The early signs are that John Leeper could be at least as good, following up a promising debut at Doncaster last September by pulling four lengths clear under Hollie Doyle in the ten-furlong Quinnbet Novice Stakes, looking as if there was more in the tank.

Snow Fairy has not produced any more siblings yet, and most recently visited Sea The Stars.

FIRST PUBLISHED 6:45PM, APR 30 2021
She has made a steady start to life as a broodmare with her second foal, Virgin Snow, winning at Haydock last year