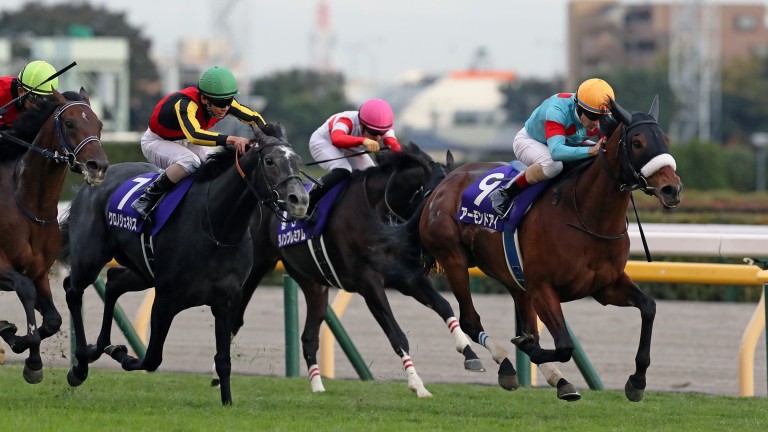 Among the big-race victories on her CV were the Dubai Turf, two Japan Cups, the Japanese Oaks, 1,000 Guineas and the Victoria Mile. She was the world's highest-rated mare or filly in 2020, on a mark of 124.

The seven-year-old was retired to the breeding paddocks after her second Japan Cup success, in which she defeated Japanese Triple Crown hero Contrail.

Almond Eye is the sixth foal out of Japanese Oaks second Fusaichi Pandora and is a half-sister to the Listed-placed Johannesburg mare Unakite as well as being closely related to two winners. Fusaichi Pandora is in turn out of a close relative to El Gran Senor and Try My Best.

Epiphaneia is the sire of the top-class Daring Tact, the 2020 Triple Tiara heroine who won the Japanese versions of the 1,000 Guineas and Oaks plus the Shuka Sho.

FIRST PUBLISHED 3:48PM, JAN 13 2022
Among the big-race victories on her CV were the Dubai Turf, two Japan Cups and the Japanese Oaks