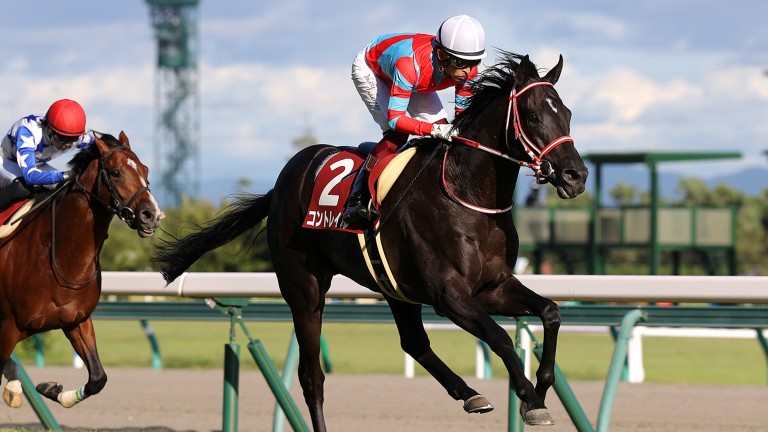 Contrail will retire after his last start in the Sunday's Japan Cup and a farewell ceremony will be conducted in the parade ring of Tokyo Racecourse.

The son of Deep Impact will begin stud duty at Shadai Stallion Station in 2022, the Japan Racing Association and Shadai Corporation announced last week. His stud fee has not been announced yet.

Contrail is the third foal out of Rhodochrosite, who North Hills' Koji Maeda bought at the 2011 Keeneland September Yearling Sale for $385,000 from Taylor Made Sales Agency's consignment.

Contrail’s second dam, Folklore, was the 2005 US champion juvenile filly and is a half sister to the dam of this year’s likely US champion three-year-old colt, Essential Quality.

The four-year-old Contrail is trained by Yoshito Yahagi, who saddled two Breeders' Cup winners at Del Mar on November 6.

He won the 2019 Hopeful Stakes at Nakayama and the 2020 Japanese Triple Crown for owner Shinji Maeda, brother to breeder Koji Maeda.

Contrail experienced his first defeat in the 2020 Japan Cup when second to Almond Eye. He finished third in the Osaka Hai on April 4 and was second in the Tenno Sho on October 31.

Regular jockey Yuichi Fukunaga will be back aboard Contrail in the Japan Cup. Yuga Kawada is booked to ride Shahryar, who won this year's Tokyo Yushun with Fukunaga in the irons.