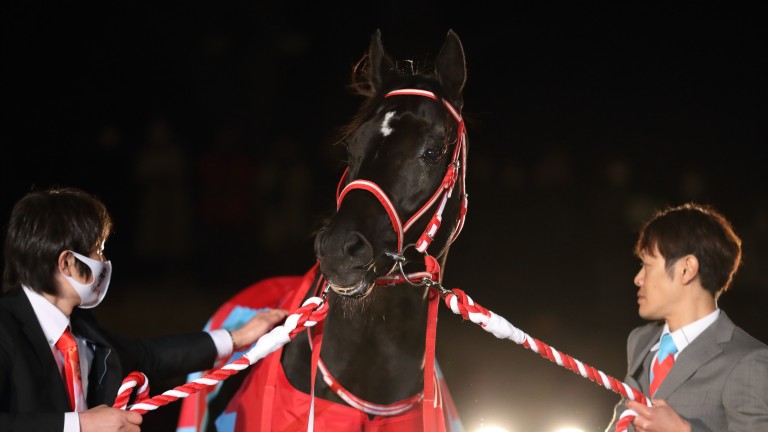 Contrail, who must be regarded as one of the hottest new stallion properties in global bloodstock, has been given an opening fee of ¥12 million (£79,700/€93,700) by Shadai Stallion Station when he begins his new career in 2022.

It was only on Sunday that the colt bowed out of racing in the perfect fashion with a two-length victory in the Japan Cup. He had a retirement ceremony at Tokyo racecourse which even included his charismatic trainer Yoshito Yahagi clambering on his back and riding him around the paddock in an immaculate suit and panama hat.

Contrail won the Japanese Triple Crown in a fantastic three-year-old season in 2020, rounding it off with a second place to the lauded Almond Eye in the same race he won at the weekend.

He made amends for two defeats this season in the country's premier event and is the highest new entrant on a roster of more than 30. 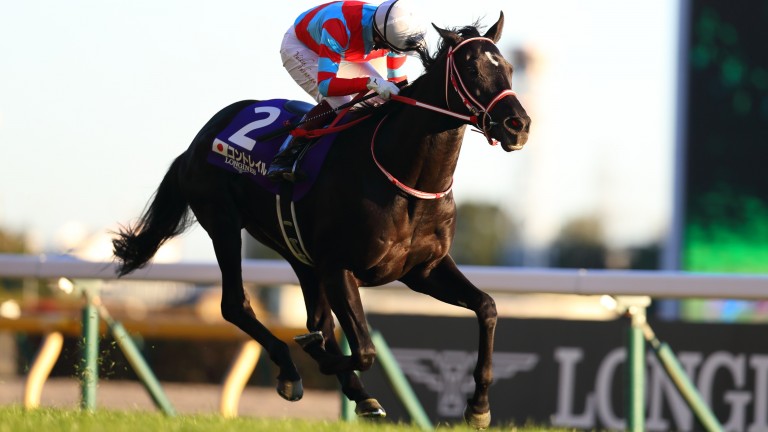 Shinji Maeda's Contrail is among the biggest achievers of Deep Impact's offspring and is sure to be in huge demand among breeders, not only for emulating his late sire in the Japan Cup but for the rest of his pedigree.

He is out of the Unbridled's Song mare Rhodochrosite, a Keeneland acquisition who is out of American juvenile champion Folklore. Folklore's half-sister Delightful Quality produced this year's Belmont and Travers Stakes winner Essential Quality, a recent recruit for Jonabell Farm in Kentucky.

Contrail is priced the same as another accomplished Deep Impact, Kizuna, and beneath only giants Epiphaneia (¥18m) and Lord Kanaloa (¥15m).

FIRST PUBLISHED 12:23PM, NOV 30 2021
Shinji Maeda's Contrail is among the biggest achievers of Deep Impact's offspring and is sure to be in huge demand among breeders