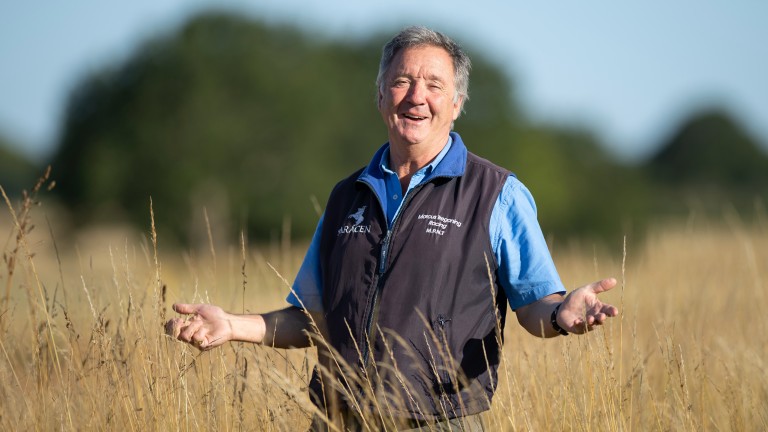 The brilliant Mohaather helped propel Marcus Tregoning back into the big time when his lightning turn of foot carried him to victory in last year's Sussex Stakes.

While the son of Showcasing has since begun his second career at Shadwell's Nunnery Stud, the trainer has returned to a familiar source for his latest star, the progressive Britannia Stakes scorer Perotto.

As well as training Perotto, Tregoning was also responsible for sourcing the son of New Bay, who cost 28,000gns when offered by Baroda Stud at Book 3 of the Tattersalls October Yearling Sale.

On what Tregoning saw in the China Horse Club-bred yearling, he said: "I know the family well as it's the same Johnson Houghton family of Mohaather and Accidental Agent, that's why we were keen to buy him in the first place.

"He wasn't very big at the sales and he's not very big now but he's got a lovely action and has been a very sound horse. He goes on pretty much any ground too so he's very versatile and we now know he gets the mile well. Going forwards he's a good one."

Perotto is the first foal out of Tschierschen, a winning daughter of Acclamation and the Listed-placed Roo, whose brood also includes Mohaather's dam Roodeye. In turn, Roodeye bred Roodle, who found fame as the dam of Queen Anne Stakes hero Accidental Agent.

Tschierschen has a two-year-old Showcasing colt named Olivetti, who is also in training with Tregoning for Halcyon Thoroughbreds having fetched £30,000 at the sales last year, a yearling filly by Zoustar and the mare visited Camelot in 2020. 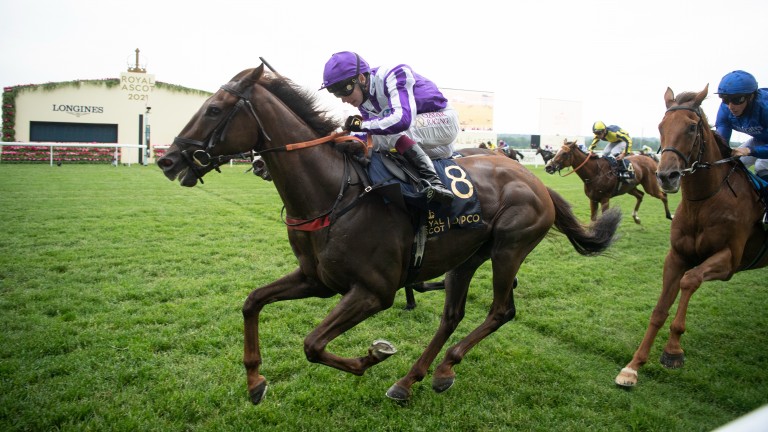 Perotto crosses the line in front in the Britannia Stakes at Royal Ascot
Edward Whitaker (racingpost.com/photos)

Perotto's Royal Ascot triumph was a fourth victory from 11 starts, which included two wins during a busy juvenile campaign, and the Derby-winning trainer is confident of further improvement from the Halcyon Thoroughbreds-owned chestnut.

Tregoning continued: "We don't know how good he is, we've taken our time with him and he's won over five, he's won over six and over seven.

"I think he's highly progressive and to have a good horse in the yard again is lovely. We're in handicaps at the moment, but heritage handicaps which offer a bit of prize-money."

Remarkably, it was a first royal victory with their first Royal Ascot runner for Halcyon Thoroughbreds. Set up by Liam Keighley and Jaimie Beers, the sky appears to be the limit for the newly formed syndicate with their first three-year-olds in training this season.

Tregoning added: "It's very early days with Halcyon Thoroughbreds but the guys who started it approached me to buy some horses.

"We've got four or five horses now and it's going well - it's exciting. This is their first racehorse too so to have a winner at Ascot is tremendous."

FIRST PUBLISHED 11:50AM, JUN 19 2021
He wasn't very big at the sales and he's not very big now but he's got lovely action and has been a very sound horse