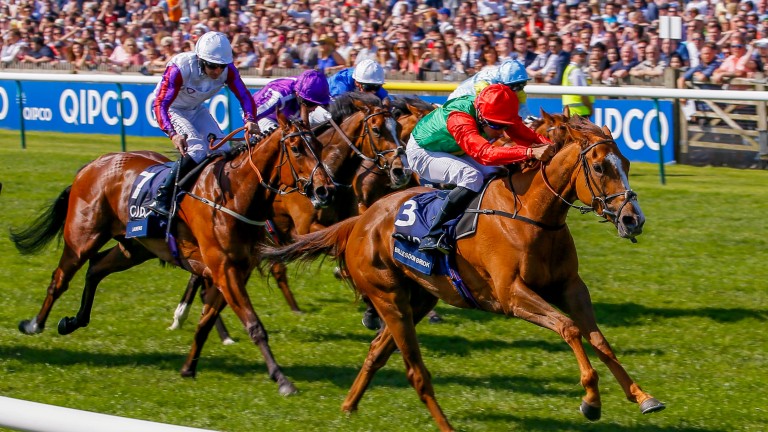 Dubawi will provide the punctuation marks in Jeanette McCreery’s remarkable success story as Billesdon Brook prepares to assume the mantle of her mother Coplow at Stowell Hill Stud.

Anna Oleander’s Manduro daughter Coplow was certainly not the best of them on the track - she retired an eight-race maiden - but her results as a broodmare have been spectacular with Billesdon Brook scoffing at her 66-1 odds to take the 2018 Qipco 1,000 Guineas for McCreery and the Pall Mall Partners.

Richard Hannon also trained her half-sister Billesdon Bess to Listed glory in the Upavon Fillies' Stakes at Salisbury, part of feats which saw her realise 800,000gns at the 2018 Tattersalls December Mares Sale, while a year later Coplow herself was bought for 2,100,000gns by Coolmore’s MV Magnier.

She landed both the Oak Tree Stakes and the Sun Chariot in 2019, and last year went very close to a third Group 1 score at Newmarket when touched off by Nazeef in the Falmouth Stakes.

"Billesdon Brook is going to Dubawi, I know it’s expensive but I think she deserves it, so I’m just waiting for her to be ready to go off to Newmarket," said McCreery, who explained that she had not been torn between choices of stallions with the Darley kingpin being a running theme in mating plans.

"Not really," she added. "I’d always thought I’d send her to Dubawi, I think he’s a wonderful stallion so I thought 'why not', she deserves the best.

"She’s back at the farm and took a bit of time off, she relaxed. She hurt herself in the last race she ran in, it was very wet in the Sun Chariot. She’s been home, had box rest, now she’s out in the paddock and is fine, so we’ve something to look forward to in a couple of years anyway."

The Somerset stud has been further bolstered by the addition of Dubawi’s daughter Anna Nerium, who added the Listed Foundation Stakes at Goodwood last year and was second in the Group 3 Pride Stakes.

"I’ve sent Anna Nerium off to Ireland to Lope De Vega," said McCreery. "They’ve got a half-brother to Billesdon Brook by Dubawi who has just gone into training with Richard Hannon, he’ll be a two-year-old.

"He’s called Duelist, which is meant to be about someone who’s always ready for a fight, so let’s hope he lives up to it!" 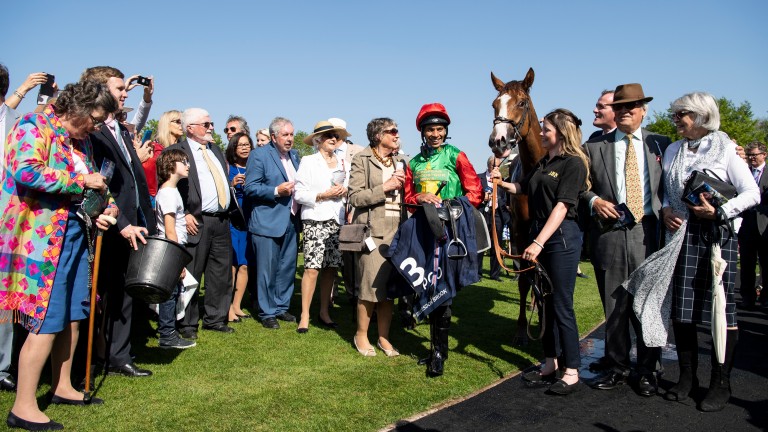 Coplow’s first foal born at Coolmore was a Kingman colt foaled in March last year and the mare has since visited Galileo.

There are no hard feelings from the breeder.

"I hope that they’ll have great success with her, I’ve got some nice ones, I can’t complain," said McCreery.

"I’ve got a half-sister to Billesdon Brook by Sepoy [Bruisa] who didn’t win, and she’s going to Germany to Adlerflug.

"I’ve got plenty of the family and I’ve still got Middle Club; she’s just foaled the most smashing Territories foal, an absolute cracker."

McCreery reports that she has just produced a "very, very nice" Time Test foal and is to visit Iffraaj.