The mighty Invincible Spirit tops the eight-strong roster of stallions 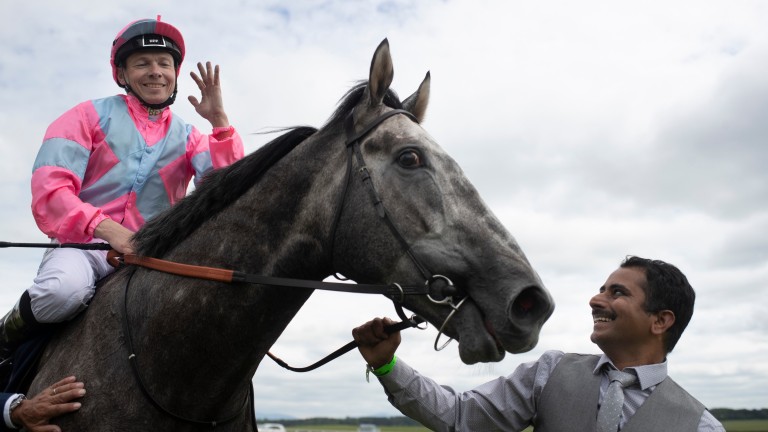 The Irish National Stud is the latest major farm to release its stallion fees for the 2020 breeding season, with the operation's Classic-winning newcomer Phoenix Of Spain introduced at a price of €15,000.

The son of Lope De Vega saw off no less a rival than Too Darn Hot when landing the Irish 2,000 Guineas by three lengths, and the stud's chief executive Cathal Beale said he believes the colt has the physical attributes to back up his Group 1-winning racing achievement.

He said: "We expect breeders to be bowled over by Phoenix Of Spain's physicality. He's a strong, correct horse with an amazing walk."

Phoenix Of Spain will stand alongside the mighty Invincible Spirit, who supplied his first British Classic winner this year when Magna Grecia struck in the 2,000 Guineas. The sire of 18 top-level winners will spend his 18th season on covering duty at €100,000 - down from the €120,000 he has been since 2016.

Beale added: "We have a great range of stallions at various price points and look forward to welcoming breeders to the stud over the coming weeks to see them."

Newsells Park Stud maintains Nathaniel at £25,000 for next year

FIRST PUBLISHED 5:04PM, NOV 8 2019
We expect breeders to be bowled over by Phoenix Of Spain's physicality. He's a strong, correct horse with an amazing walk