But operation's annual report warns of Covid-19 uncertainty ahead 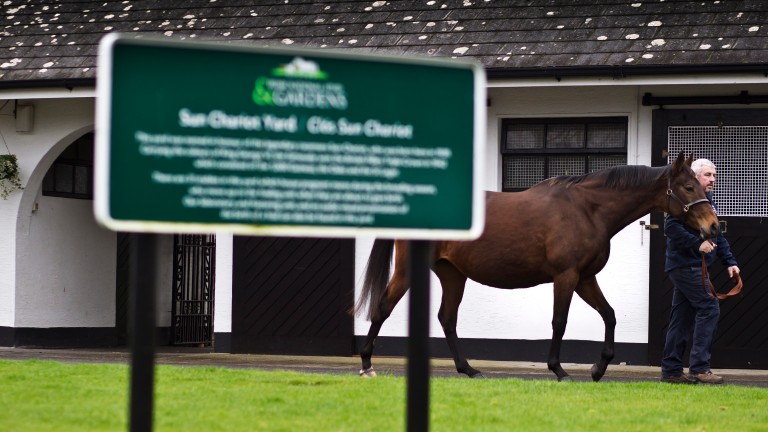 Stallion income for the year stood at €3 million, on par with 2018, while overall group revenue also held steady at €7.2m.

A new subsidiary company, INS Commercial Enterprises DAC, commenced trading in 2019 and will deal with the stud's tourism related activity.

Chairman Matt Demspey struck a positive note in his report, which was written amid the growing coronavirus crisis in March.

“2019 was yet another year of progress and solid growth at the Irish National Stud,” he wrote.

“Invincible Spirit continued to headline the roster and reach new heights, securing his first British Classic winner with Magna Grecia winning the 2,000 Guineas at Newmarket. He covered another exceptional book of mares at his career high fee of €120,000.”

Dempsey also toasted the Irish 2,000 Guineas victory of Phoenix Of Spain, who joined the Irish National Stud stallion roster this year, as well as the promising starts made on the track and in the sales ring by Decorated Knight, National Defense and Free Eagle.

The chairman's report went on to note that Irish National Stud-consigned yearlings grossed over €1m at the sales, headed by an Invincible Spirit colt out of Aimhirgin Lass sold to Godolphin for €460,000.

Tourism had an “excellent year of growth” according to Dempsey, with more than 138,000 visitors passing through the gates in 2019, an eight per cent increase on the previous 12 months.

“The Irish Racehorse Experience project has been completed and will open as soon as the circumstances surrounding the coronavirus allow,” he added of the stud's newly built museum.

Elsewhere in the company's accounts, approved in the spring, there was recognition of the storm clouds gathering over the industry due to the worldwide pandemic.

“Covid-19 is likely to negatively impact the local and global economies and major financial markets,” the directors included in their statement.

“In the context of the Group these implications are likely to be significant to the results for the 2020 financial year, and could impact revenue, financial assumptions and investment performance relating to the Group's defined benefit scheme, the recoverability of debtors, valuation of inventory and impairment of fixed assets, among other issues.

“At this point, it is impossible to quantify the financial effect. The directors are satisfied in any event that this crisis is a non-adjusting post balance sheet event.”

FIRST PUBLISHED 3:56PM, JUL 31 2020
The Irish Racehorse Experience project has been completed and will open as soon as the circumstances surrounding the coronavirus allow