Gordon Cunningham and Todd Watt among other award winners 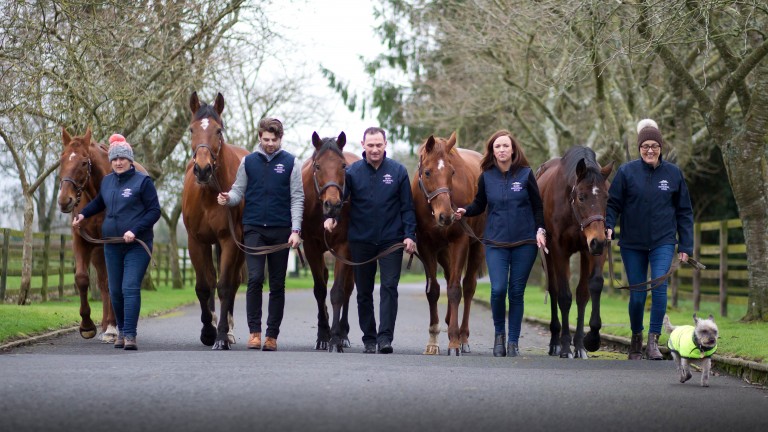 The Irish National Stud was recognised as an economic and cultural treasure
Patrick McCann
1 of 1
By Bloodstock World Staff UPDATED 11:43AM, JAN 31 2021

A world-renowned institution was recognised on Saturday evening as the Irish National Stud became the latest name to be inducted into the hall of fame at the Irish Thoroughbred Breeders' Association's national breeding and racing awards.

This award acknowledged the stud's extraordinary and continued contribution to the Irish thoroughbred industry over many decades, from the stallions it stands, to its breeding course and the impact the stud makes as a national tourist attraction.

It joins an illustrious list, with recent names to be have been inducted including JP McManus, John O'Connor of Ballylinch Stud and David and Diane Nagle.

Minister for Agriculture Charlie McConalogue accepted the award on behalf of the Irish State at the virtual ceremony, which was delivered across all ITBA social media channels, with awards being released every ten minutes.

President Michael D Higgins wrote a personal message to the Irish National Stud in recognition of its national importance. The message can be viewed on www.itba.ie

The evening commenced with an opening address by An Taoiseach Micheál Martin, who took time out of a busy schedule to acknowledge the success of the industry and its importance to Ireland from both an economic and cultural perspective.

The Wild Geese trophy, for Irish horsepeople who have represented their home country on the world stage with distinction, went to Gordon Cunningham of Curraghmore Stud in New Zealand.

Cunningham has flown the Irish flag with great pride for more than two decades in the southern hemisphere, raising equine champions such as Fairway and Melbourne Cup hero Efficient, as well as welcoming and nurturing many young and emerging Irish breeders who made their way to the country.

In receiving the award, he said: "I know what the Aga Khan means to Irish breeding and his support in racing and breeding over the the years and it’s a great honour for me to receive an award that has been sponsored by him.

"I know that there’s so many people like myself all over the world that are very, very worthy of this acknowledgement and I feel very proud and privileged to be considered worthy of it." 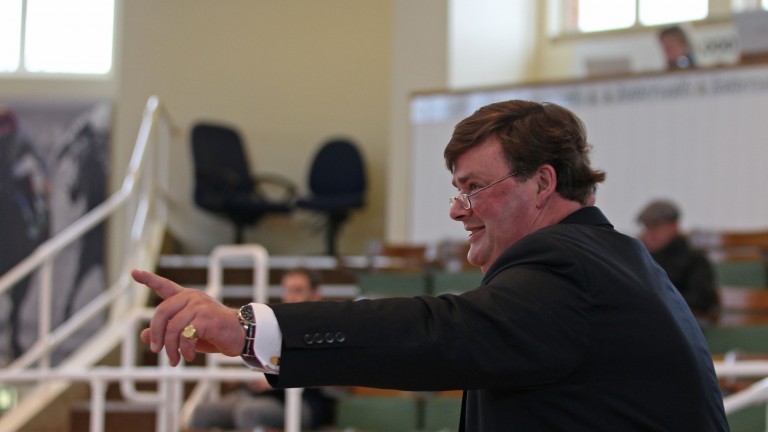 The year’s Special Recognition award went to the much loved and respected auctioneer Todd Watt, for many years the port of call for Irish vendors at Tattersalls and Tattersalls Ireland.

He was given warm wishes via video by the likes of Frank Motherway, Eddie O'Leary and colleagues Alastair Pim and Simon Kerins.

"The Tattersalls arena is a theatre, so you need a man with theatrics to command it," said BBA Ireland's Patrick Cooper. "And Todd was able to do that."

Derek and Gay Veitch, whose Ringfort Stud in County Offaly had a terrific run of success with Group-winning juveniles Ubettabelieveit, Miss Amulet and Minzaal, were named breeders of the year.

ITBA chairman John McEnery said: "Despite all the many challenges facing the industry in 2020, Irish breeders and Irish-bred horses continued to excel on both the national and international stage.

"We are indebted to our loyal sponsors, without whom we would be unable to stage these awards. We were delighted with the level of participation and engagement by the many viewers, who tuned in from all corners of the bloodstock world via social media to acknowledge the wonderful people and horses who made 2020 such a memorable year for the Irish thoroughbred breeding industry."

Chaser of the Year: Altior/Paddy Behan

Breeder of the Year: Ringfort Stud

Three-Year-Old Filly of the Year: Love/Coolmore

Three-Year-Old Colt of the Year: Pinatubo/Godolphin

Juddmonte mating plans for US broodmares

FIRST PUBLISHED 12:07AM, JAN 31 2021
We were delighted with the level of participation and engagement by the many viewers, who tuned in from all corners of the bloodstock world