Inside knowledge enabled A'Ali dam to be bought for just 9,000gns 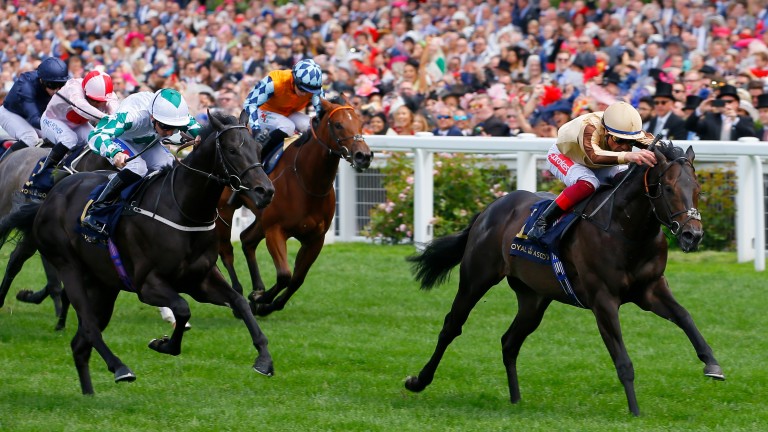 Invoking the spirit of the late Remington chief executive Victor Kiam, who famously liked the shaver so much he bought the company, Star Bloodstock's Matt Eves thought so highly of one of his breezers this year he recommended buying the dam.

Eves' assessment of the son of Society Rock bought from the Goffs UK Premier Yearling Sale for just £35,000 proved correct when he was resold to Stroud Coleman Bloodstock for £135,000 in the same ring as a two-year-old in April, and again when the colt, sent to Simon Crisford and named A'Ali, was the commanding winner of the Norfolk Stakes at Royal Ascot on Thursday.

That victory has sent the value of A'Ali's dam Motion Lass, a placed daughter of Motivator bought in foal to Cotai Glory by Daniel Creighton on behalf of Eves and business partner Andrew Davis for a mere 9,000gns at this year's Tattersalls February Sale, through the roof.

Davis now owns the mare outright and unsurprisingly his phone has been ringing white hot in recent days with agents and breeders pitching offers to acquire the mare, a half-sister to Darley Stakes winner and Coronation Cup third Enforcer aged only nine.

“Andrew and I were shareholders in Jet Setting [the Fast Company filly bought as a two-year-old for 12,000gns and resold for £1.3 million after winning the Irish 1,000 Guineas] and he has a few bits and pieces in horses with us,” Eves explains.

“We wouldn't have gone out hunting for the dam of A'Ali especially, but the opportunity to buy her came up at Tattersalls and we knew we liked the colt out of her we had, and Daniel Creighton loved the mare at the February sales.

"A'Ali was among five or six horses we breezed this year who we really liked, although it's difficult to be certain as we don't get the full picture as we only work them over two or three furlongs.

“But generally, all the horses in that cohort have run to a mark of 80 first time out, which is very satisfying.”

Remarkably, this is not the first time Eves has identified a star breezer before he graduated to the racecourse and managed to purchase the dam. 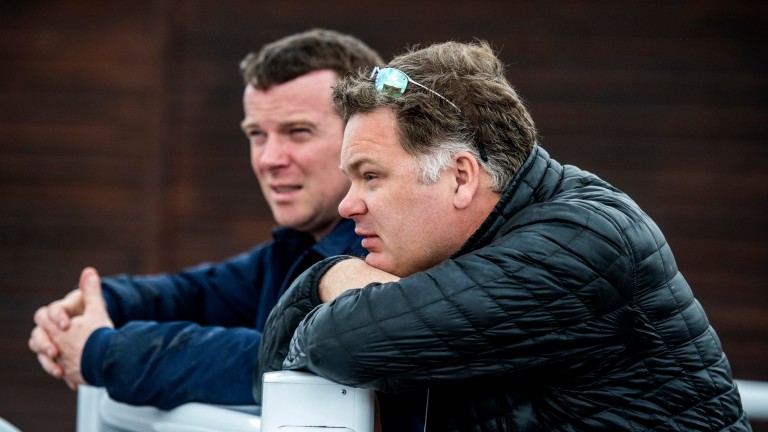 “It's the second time we've done it as we bought Quiet Protest, the dam of Wasim, who we breezed two years ago, before he got black type,” he says. “Andrew has a Cable Bay two-year-old filly out of that mare called Jouska with Henry Candy, and she's held in quite high regard.”

Motion Lass meanwhile has produced a “stunning” filly foal to the Cotai Glory mating who is still part-owned by Eves. “Generally we're sellers so I expect she will go to the foal sales,” he says. “She's good-looking and a half-sister to a Norfolk Stakes winner, so promises to be a good advert for her sire.”

He adds that he'd be “surprised if Andrew still owned the mare at the end of the year”, although he stresses that Davis won't be rushing into a sale.

He says: “Andrew is always looking for mares with strong credentials for his own broodmare band and it is really hard to get your hands on one that can produce a Norfolk winner, so he’d need someone to really make him think; at the moment no offers have reached the sort of level needed to turn his head, so the current plan seems to be to look to breed her to a proven producer of high-quality sprinters and see what happens.”

Motion Lass is not in foal after being covered by the subfertile Farhh. “It was a risk going to him because of his situation, but we thought he was an interesting stallion,” Eves says of the sire of this week's Duke of Cambridge Stakes winner Move Swiftly. “It was nothing to do with the mare; she'd got in foal quickly the first three times.”

With Davis fielding big-money offers for the cheaply bought dam of a newly crowned Royal Ascot winner – one who Star Bloodstock prepped to clock the fourth fastest time at the Goffs UK Breeze-Up, and is now showcasing the operation's talent scouting nous on the turf's biggest stage – Eves admits to being “shell shocked”.

All the more so because A'Ali was one of four Star Bloodstock two-year-olds who competed at the royal meeting. Cool Sphere (sold for 120,000gns at the Tattersalls Craven Breeze-Up Sale) cut out the early pace in the Norfolk before fading, while Majestic Sands (sold for 90,000gns at the Craven) was unplaced but not beaten far in the Coventry and Better The Devil (withdrawn from Doncaster) finished last, saved for another day, on ground he hated in the Windsor Castle Stakes. 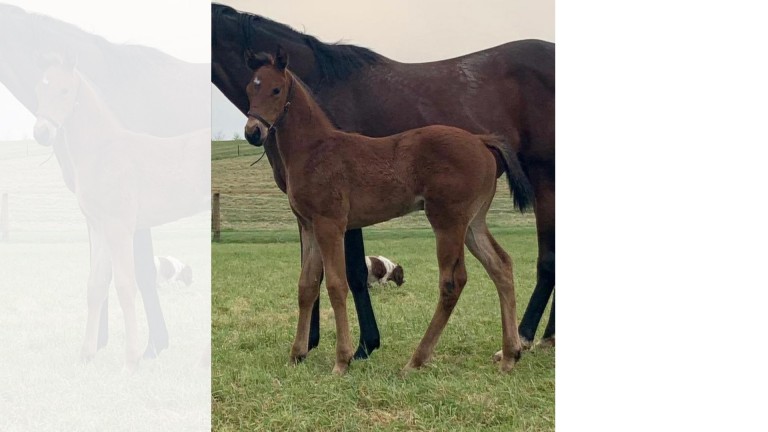 What's more, Pink Sands, a No Nay Never filly sold for 230,000gns at the Craven, strolled to a near four-length maiden victory on her second start for William Haggas at Ripon on Wednesday.

Eves is quick to share credit for Star Bloodstock's run of success to the operation's team, including former jockey Micky Cleere, under whose meticulous eye the breezers are trained, and Byron Rogers, who selects which lots to pinhook. Both are assisted, in yearling inspection and sales management, by Noel McDonnell.

“Four of the 14 horses Byron selected for our pinhooking syndicate made it to Royal Ascot, which is a fantastic strike-rate,” he says. “And Micky has done a phenomenal job getting the horses to the sales in prime condition.

“It's taken us a few seasons to get the right model for the European market. In the first year they were a bit too much of the Australian type, and the year after we bought bigger horses more suited to dirt; but we got it right this year and now the challenge is to bottle what we've done and reproduce it for our next batch.”

With A'Ali likely to gain more Group race laurels this year, several of his former classmates in Cleere's academy sure to prove they are better than they showed at Ascot, and one of last year's breezers, Duhail, looking a colt with a big future for Andre Fabre, Star Bloodstock looks poised to join the premier league of pinhookers – and this, for Eves, is the ultimate reward.

“We came in fresh to the breeze-up game and felt like outsiders,” he says, “but we aspire for people to consider us on a par with past masters like Tally-Ho Stud, Con Marnane, Grove Stud, John Cullinane and Willie Browne.”

FIRST PUBLISHED 6:58PM, JUN 22 2019
In the first year they were too much of the Australian type, and the year after we bought bigger horses suited to dirt; but we got it right this year