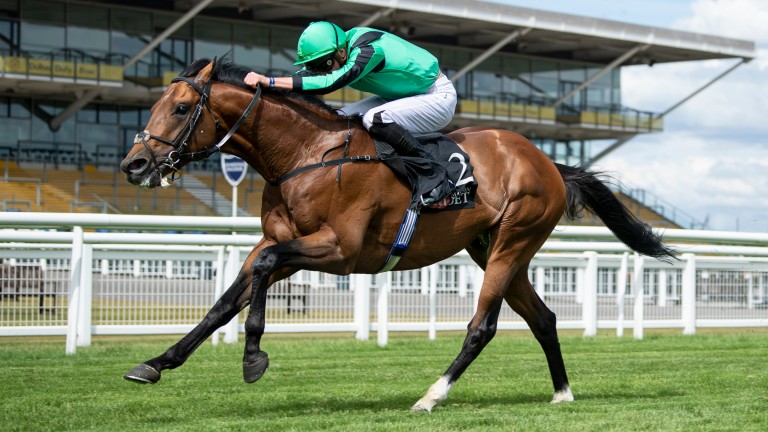 Century Dream has been retired from racing and will commence his stud career at Norton Grove Stud in North Yorkshire for 2022.

The hardy miler proved both tough and talented in a racing career spanning six seasons.

He was a winning two-year-old and went on to land the Group 2 Celebration Mile and Group 3 Diomed Stakes twice, while he finished a brave third, beaten less than a length behind Roaring Lion, in the Group 1 Queen Elizabeth II Stakes at Ascot.

Trainer Simon Crisford said: “Century Dream was an incredibly tough and consistent performer throughout his career, winning five stakes races over a mile.

“He was a stable star for us over the past six seasons and was a pleasure to train. He is an extremely good-looking son of Cape Cross who will be a fabulous addition to Norton Grove’s stallion roster.”

Bruce Raymond, racing manager to Rabbah Bloodstock, whose silks the seven-year-old wore with distinction, said: “Century Dream was a wonderful racehorse. He was a Group 2-winning miler and amazingly consistent at the highest level - he never ran a bad race.

"He is a beautifully bred horse who I am sure will be a great addition to the stallion roster at Norton Grove Stud."

Century Dream won ten of his 35 starts, amassing more than half a million in prize-money. Out of Echo Of Light mare Salacia, he is a half-brother to Derrinstown Stud stallion King Of Change. A fee has yet to be announced.

FIRST PUBLISHED 4:51PM, DEC 7 2021
He is a beautifully bred horse who I am sure will be a great addition to the stallion roster at Norton Grove Stud