In-foal Laurina showing the right signs ahead of Auteuil swansong

Top-class hurdler was covered by Jet Away earlier this year 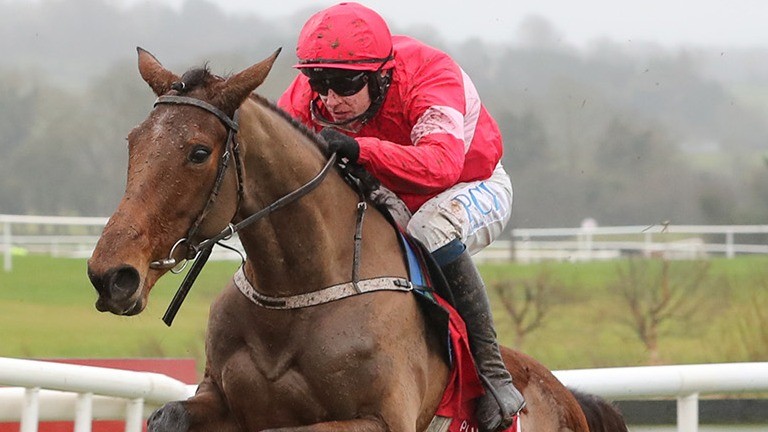 Laurina is set to make what is likely to be her final racecourse appearance in Saturday's Grade 2 Prix la Barka at Auteuil, with the top-class hurdling mare already carrying a foal by Jet Away.

Back in mid-December owner Douglas Taylor paid €290,000 at the Tattersalls Ireland November National Hunt Sale for the winner of the keynote mares' novice events at Cheltenham and Punchestown, chiefly for her to visit the rising star stallion he part-owns at Arctic Tack Stud.

She is now in the care of Cormac Farrell, who has found an excuse for her disappointing debut for his Wexford stable in the Irish EBF Mares Champion Hurdle at the Punchestown festival and feels that impending motherhood has had highly encouraging consequences.

"She scoped dirty last time and we found she had an infection, which we've managed to clear up," he said. "I know she's bled in the past, but we haven't had any bleeding at all. 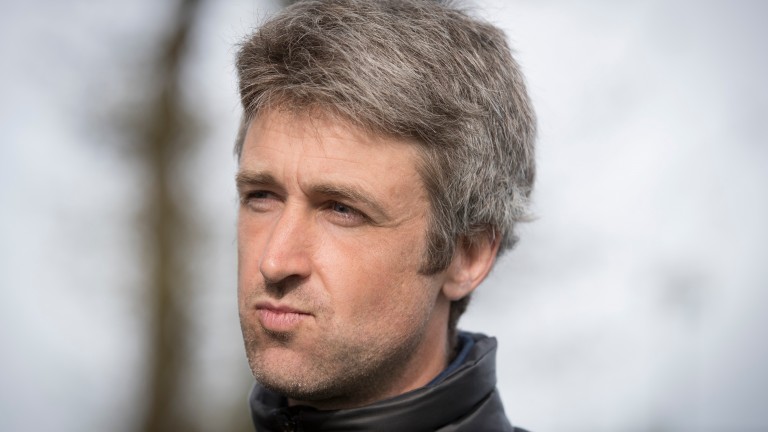 "She'd been covered before Punchestown but they say that it's only after 42 days that they really see the benefit. We've passed that point and we've started to see quite a change in her; she's come in her coat and seems very happy.

"She had been out in the field and we spent the winter trying to cheer her up, maybe it was just the winter blues. So hopefully this will translate into a good performance."

Farrell and his wife Anna Calder have generally involved themselves in breeze-ups and point-to-points, with their Leamore Horses banner achieving a recent good result when a Kodiac pinhook made £100,000 to Alan King and Highflyer at Arqana's Doncaster-staged event.

He trains only a handful under rules, having built a relationship with Taylor through tutoring a few of the young Jet Aways. This will be his first runner in France.

"It's easier getting her to France than it has been getting some of the breezers to Britain," he said. "It's pretty cool for a very small operation to have such a runner, and it's been a privilege to have her for Douglas.

"Quite honestly, her homework is off the charts. We wouldn't have the horses to go with her but she's very impressive.

"Regardless of the result, this will be the end of racing for her. I suppose we'd be hopeful rather than confident, but the ground should be on the soft side, it's a bit of a step up in trip, and you never know."

Felix de Giles has the mount aboard Laurina in a race which has been a British and Irish benefit, with eight consecutive visiting winners until last year and both of her previous trainers, Willie Mullins and Paul Nicholls, on the board with the likes of Thousand Stars, Un De Sceaux and Celestial Halo.

Sophie Leech, who has been making plenty of successful cross-Channel visits from Gloucestershire of late, provides one of Laurina's rivals in Zurekin, who landed a Listed hurdle at the course in October. Francois Nicolle supplies four of the remaining eight runners.

FIRST PUBLISHED 1:04PM, JUN 11 2021
She had been covered before Punchestown but they say that it's only after 42 days that they really see the benefit