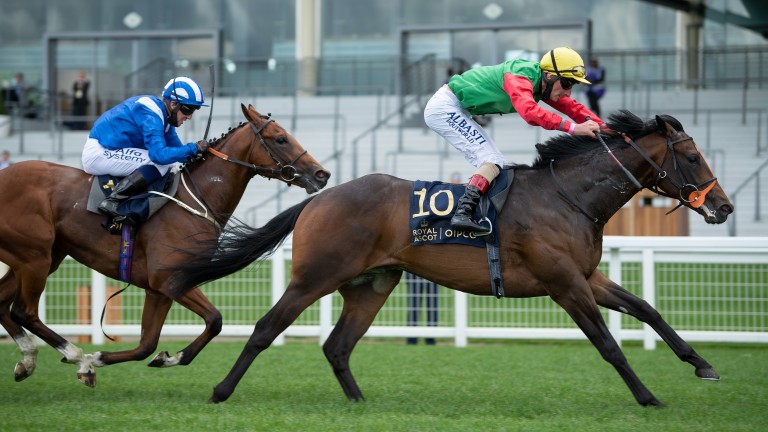 Here he takes a look at the pedigree of new Irish National Stud sire Nando Parrado - subscribers can get more great insight from Martin every Monday to Friday.

Nando Parrado, new to the Irish National Stud next year, is in possession of a distaff pedigree that is either disconcertingly unfamiliar or an invigorating breath of fresh air, depending on your point of view.

The Coventry Stakes-winning son of Kodiac is out of Chibola, an Argentinian Grade 3 winner by the Fappiano stallion Roy, a multiple champion sire in Chile and Argentina.

Chibola is a full-sister to Chollo, a two-year-old Grade 1 winner in Argentina and later a sire, and a half-sister to Choisir (not that one) and Channel Star, stakes winners in Zimbabwe and Chile respectively.

She is in turn out of Choice, a winning half-sister to Argentinian champion Cheyenne, from a family replete with South American Grade 1 scorers.

The female line is long established on that continent, since the export of Nippon, a daughter of Gold Cup winner Santoi, to Argentina in 1929.

I would be inclined to look favourably on those bloodlines for being fresh and cosmopolitan, and also promising some welcome outcross variance.

Chibola's offspring have already proved to be effective in Europe since the mare's purchase from Argentina by Nando Parrado’s breeder Anita Wigan in 2008. She has served the exact purpose of her import, by producing some admirably tough and durable runners.

Wigan resolved to purchase an Argentinian broodmare when on holiday in the country and seeing how the local horses were able to withstand running so frequently on firm ground at San Isidro racecourse.

Her instinct that Latin American blood might galvanise matings with British and Irish stallions was correct.

Chibola’s first runner was the Invincible Spirit nine-year-old Muntadab, a winner of 15 of his 78 starts over eight seasons. He is Listed-placed and holds a peak RPR of 112. 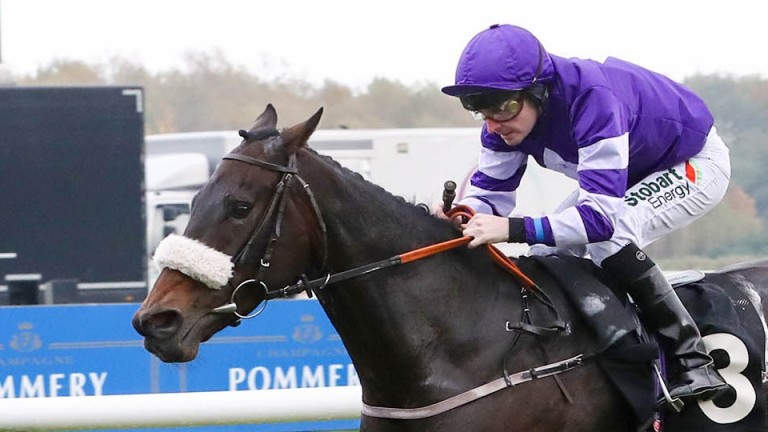 The dam’s next runner was Dubai Horizon, a son of Poet’s Voice who won three of his 20 races between the ages of three and six, and achieved a best RPR of 109.

Next came Nando Parrado, who finished second in the Prix Morny and Prix Jean-Luc Lagardere behind two brilliant talents in Campanelle and Sealiway as well as winning the Coventry. He ran to a mark of 111 on RPRs.

Nando Parrado was asked to race for only two seasons, but there were clues that he had some of his siblings’ toughness as his three standout runs came on a range of different ground conditions, and trainer Clive Cox praised the horse’s soundness upon his retirement.

Chibola’s hardy nature is coming through to the second generation, too.

Her first produce had been Paella, a daughter of Oasis Dream who was unable to race due to a broken pelvis. The racecourse's loss has been the breeding shed's gain, as she has produced the Champs Elysees five-year-old Getchagetchagetcha, the winner of three of his 20 starts and awarded a best RPR of 105, and the Kodiac two-year-old Papa Don’t Preach (thus closely related to Nando Parrado), the decisive winner of a Wolverhampton novice stakes on his first start for Charlie Hills on Saturday, having run creditably in seven stakes races for Florian Guyader earlier in the year.

Chibola’s best days as a broodmare could still be ahead of her, judging by the debut of Orzo, her two-year-old filly by Aclaim, last month.

Trained by Andrew Balding for Wigan, who bought back the filly for 70,000gns at Book 2 of the Tattersalls October Yearling Sale, she strolled to a five-length success in a Kempton novice stakes.

So as well as fulfilling her primary role of transmitting toughness, Chibola also appears to be passing on plenty of class.

She is evidently throwing good-looking stock, too, and perhaps one of Nando Parrado’s most alluring selling points for commercial breeders is that the renowned judge Paul McCartan paid 165,000gns for him as a foal and bought him in as a yearling for 200,000gns.

Chibola also had a Showcasing yearling filly who sold to Manor Farm Stud for 105,000gns at Book 1 in October, and a Magna Grecia colt foal who was knocked down to Jesmond Bloodstock for 75,000gns at Tattersalls on Friday.

All in all, Chibola’s import looks a masterstroke in innovative thinking, and her son Nando Parrado counts as one of next year’s more intriguing new sires.

“It's very important for us to have a stallion who is a Group winner at two, to bring a little bit of early class,” says Ralf Kredel as beautifully bred Group 1 winner Japan retires to Gestut Etzean in Germany.

Noble Order, a Dubawi half-brother to three classy winners out of Group 3 scorer Zibelina, is the most enthralling two-year-old runner of the day. The Godolphin homebred finished a four-length second to Claymore on debut at Newmarket last month and he puts that form to the test in the 7f novice stakes at Kempton (12.15).

An each-way alternative to that colt, who is likely to go off at cramped odds, is Sir Michael Stoute’s newcomer Glory Nights. He is a Cotai Glory half-brother to Hungerford Stakes winner Adaay and Windsor Castle Stakes third Mullionmileanhour, and he was a 110,000gns Tattersalls October Book 2 yearling buy.

FIRST PUBLISHED 10:37AM, NOV 29 2021
Chibola’s best days as a broodmare could still be ahead of her, judging by the debut of Orzo, her two-year-old filly by Aclaim, last month