The bloodstock agent tells us about standing his Richmond Stakes winner 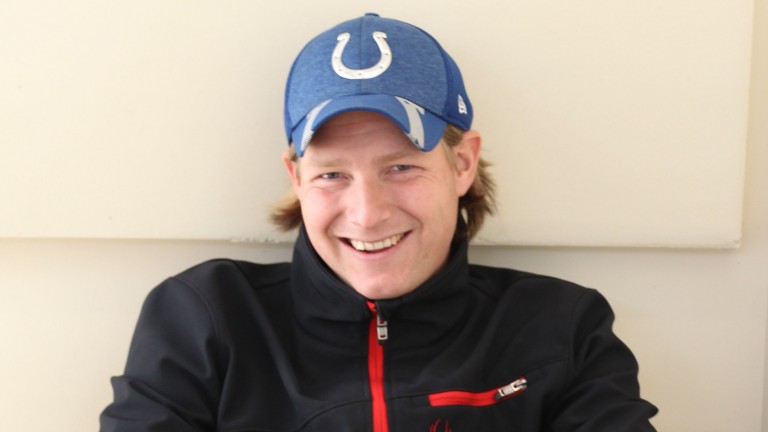 Sam Sangster: supporting Barraquero as he embarks on his stud career
Laura Green
1 of 1
By Martin Stevens UPDATED 1:27AM, JAN 28 2020

In a new venture, Sangster and his partners are this year launching the stallion career of Barraquero at Padraig and Paul Moroney's Claremount Stud in County Clare.

The son of Zebedee was bought as a yearling for £30,000 and sent out by Brian Meehan to win the Richmond Stakes for Manton Thoroughbreds in a light career.

Sangster tells us about the idea behind standing Barraquero and more about his ownership groups and approach to purchasing stock.

Barraquero was an impressive winner of the Richmond Stakes in 2017. Was there a reason we didn't see much of him after?

Yes, he won very well. Both Brian [Meehan, trainer] and William [Buick, jockey] were confident that he had Group 1 potential but sadly he picked up an injury at Goodwood that made it too high a risk to run him in the Prix Morny, which was our target for him.

Time is a healer and we gave him plenty of it to recover, but options were thin towards the end of the season so we decided to put him away.

You must have turned down some significant offers for him after Goodwood?

We turned down some nice offers after his first run at Newbury when he was third behind Expert Eye but, yes, the Richmond caught a lot of people's attention. However, sales are all about timing and we felt that with the injury it wasn't the right time to sell.

What attracted you to Barraquero at the Goffs UK Premier Yearling Sale?

Both Brian and I liked him physically. He looked sharp; a typical Goffs UK yearling. Zebedee’s stats were good for two-year-old winners to runners at the time, but the sire simply wasn’t fashionable, which is probably why we managed to buy him so well.

What spurred the decision to stand him yourself?

It was a decision between all the owners. It was a shame he didn’t get the chance to show his full potential on the track due to those injuries, but he's such a good-looking horse with a great temperament.

Also, at the end of the day, he's a grandson of Invincible Spirit and it was encouraging to see Ivawood [also by Zebedee] have some nice two-year-olds last year.

A number of the owners have their own mares so they'll be supporting him themselves. If Barraquero throws anything half as fast as himself he'll have a good chance. 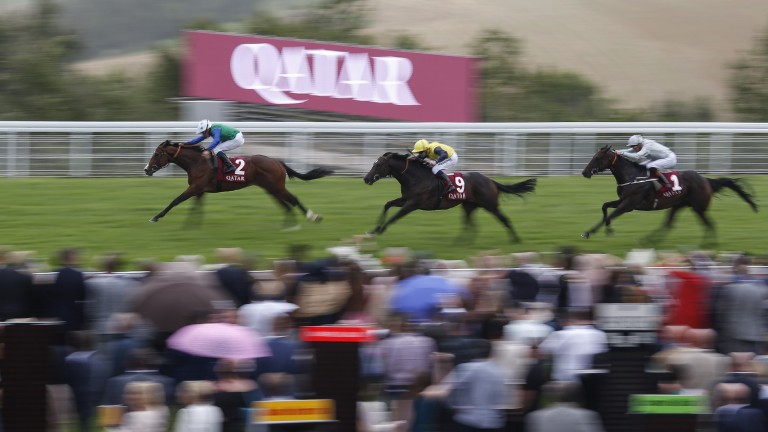 We don't hear of many stallions in County Clare. What can you tell us about the stud standing Barraquero?

No, I believe this may be one of the first Flat stallions to stand in the county. The Moroney team of Claremount Stud approached me at the Goffs Orby Yearling Sale last year and were very keen to stand the horse.

It's their first go at it but they've transformed the farm into a fully functional stallion station and we're really excited to be working with them. Hopefully he won't be the only one of our purchases to join their ranks.

Will you be supporting Barraquero yourself?

Yes, I have three of my own mares going, one of whom, Imperial Topaz, is one winner from one runner with her first foal Space Ace having scored for Archie Watson last year. The other two are maiden mares with very good pages.

We've had solid interest in him and I believe he's very competitively priced at €4,000. We were a little late getting him over to Ireland so I would encourage people to come and see him, as he's an impressive physical in the flesh.

Which are the horses owned by your various syndicates we should look out for in 2020?

Centurion Thoroughbreds, a new syndicate we set up last year, has a very exiting prospect in Sound Of Cannons. He won first time out at Newmarket, went on to be Listed-placed at Haydock and ended the season running fourth in the Criterium de Saint-Cloud.

He's by Nathaniel out of a full-sister to Pretty Polly Stakes winner Chorist. I saw him last week and he's done exceptionally well over the winter; I think he'll only get better this year.

We've bought some very nice yearlings, now two-year-olds, to go to war with. Manton Thoroughbreds V has six colts including a Camacho half-brother to last year's 1,000 Guineas runner-up Lady Kaya. We bought him from the Orby; he certainly caught my eye last week.

It's hard not to love them all at this stage, though! At this time of year the dream is still very much alive.

You do most of your shopping in the middle to lower rungs of trade. What's your view of market health at that level?

I think there has certainly been value to be had in the middle market in recent years – we've bought well and unearthed some very nice colts. Clients in our syndicates rarely step over this threshold as they're not only in it for the enjoyment of racing but also for the trading aspect that a 90-plus rated racehorse can offer. 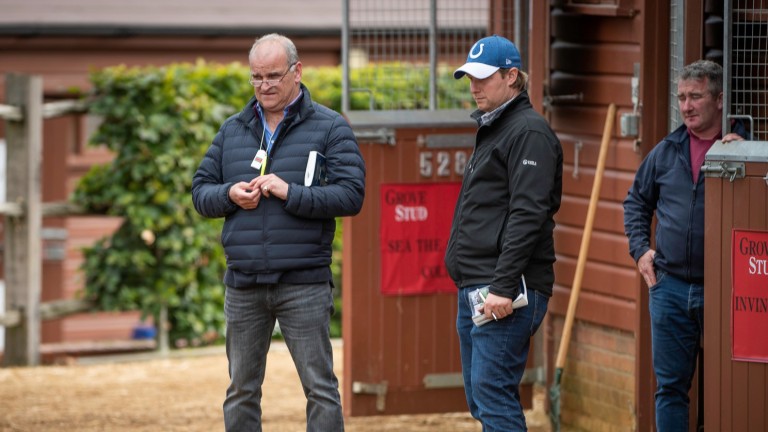 Brian Meehan (left) and Sam Sangster scouting for talent at Tattersalls
Tattersalls
Hong Kong has been a good market for us and we're not shy to trade on if there's profit in it for everyone. Problems arise when you have that level of horse but they don't pass the vet to be sold, as achieving a similar profit is very difficult with the prize-money on offer in the UK.

What would be your tip for unearthing pearls at that level of trade?

Be patient, stay within your budget and don’t get carried away with a rush of blood in the ring. Also, don’t be put off by unfashionable sires with solid statistics and forgive horses for certain faults if you really like them as an individual.

You spent three years in Australia, where your half-brother Adam runs Swettenham Stud; do you still have dealings down there?

I do indeed. I'll be heading down at the end of next month for the Inglis Melbourne Premier Yearling Sale. It's nice to get around and see the stock that his stallions have on the ground.

I have a couple of mares at Swettenham too, so I look forward to seeing them and their foals and most importantly seeing Adz and the family.

So, why would a leading economist choose to lose money by owning horses

FIRST PUBLISHED 1:28AM, JAN 28 2020
Hong Kong has been a good market for us and we're not shy to trade on if there is profit in it for everyone