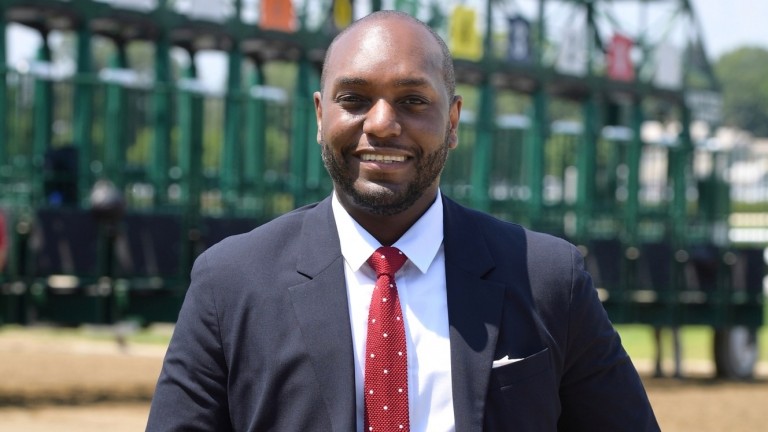 Najja Thompson spent nine years in communications and marketing with the New York Racing Association
1 of 1
9:26AM, MAR 20 2021

Najja Thompson was announced recently as the new executive director of New York Thoroughbred Breeders Inc, a not-for-profit organisation responsible for representing the state's breeding industry. He tells us about his route into the sport, his big projects and even provides a few horses to follow.

Was it always your plan to work in racing?

Not entirely. I grew up being a fan of horseracing, but I went to university (Florida State) and studied history with long-term career aspirations of going on to graduate school to become a lawyer or professor.

After obtaining my bachelor’s degree, I wanted to gain some real work experience. Initially, I landed a job in marketing as a telecommunications customer service representative in south Florida. With my persistent interest in horseracing as a fan and casual bettor, I made the decision to see how I could focus my skills on having a career on the frontside in racing.

Shortly after, I was afforded the opportunity to join the New York Racing Association (NYRA) in the marketing department and gained my industry experience at the top level of racing in America, working at the NYRA in various departments and areas for the past nine years prior to joining the NYTB.

How did you first become interested in the sport?

I first became interested in racing via my uncle. My family is of Jamaican heritage, and of course Jamaica being a former colony of Britain, racing had a big influence and impact on the island and the entire West Indies region that lasts to this day.

When my family emigrated to the United States in the 1970s my uncle held the same passion and love for the sport. He passed that onto me and I would travel with him to racetracks, watching races from Belmont Park and Aqueduct to Gulfstream Park and Calder in Florida.

What appealed to you about the role at the NYTB?

The breeding industry, and specifically breeders, is the lifeline of our sport. Without their dedication in studying bloodlines and developing stallions and broodmares, we wouldn’t have the great equine athletes we have been fortunate to witness from the very start in horseracing.

So, when the opportunity arose to follow in the footsteps of my predecessor Jeff Cannizzo, who had done a phenomenal job in his 13-year tenure, ushering in the most successful growth of the New York-bred programme, I saw it as a great opportunity to take the next big step in my career.

What does the role entail?

Tiz The Law has been a bright spot for New York breeding and racing lately. How is the health of the sport in the state generally? 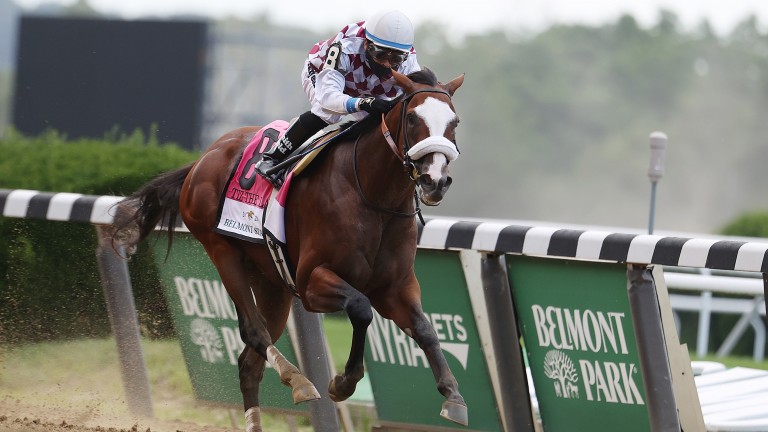 The breeder, owner and stallion owner awards offered in New York offer tremendous value to those who are willing to invest and compete in New York. Where we need to improve the programme is increasing the addition of quality mares to the state and stallions by continuing to make stakeholders aware of the advantages and awards offered.

What are the most important issues in your in-tray as you settle into the role?

In terms of legislation, we are currently working with the New York State legislature on the passage of an aftercare bill to ensure the proper care and protection of retired racehorses, including the banning of slaughtering racehorses.

Also, with the increase in mobile wagering, I'm working with industry stakeholders in our state to ensure an equitable distribution of the revenue generated from advance deposit wagering (mobile bettors) in New York. In terms of breeding, we need to find ways and measures to ensure an increase to the yearly foal crop.

In British racing, there is a growing discussion about the lack of diversity in the sport, from racetrack attendance through to ownership and positions of influence. Do you find this the case in the US? And have you encountered difficulties because of it in your own career?

I think it’s of the utmost importance for our sport and the equine industry in general to focus on issues of diversity and inclusion. If racing is going to continue to not just survive but flourish it’s imperative we make inroads with the general public, bringing along more mainstream casual fans.

We have to implement programmes, advertising and measures to make sure all people are accepted and included. Personally, I can’t recall a specific instance where I encountered prejudice working in the industry, but it was quite intimidating when I began working in racing to not see many faces like mine in front-office positions.

Unfortunately, I have heard stories from others who have encountered problems, but I'm here as an example of the change that can happen with persistence and hard work. We need to encourage more diverse talent to seek work in racing.

Is the issue one you’d consider a priority to help to bring about change in through your position? And do you have any ideas how?

Yes, without a doubt one of my foremost issues is to help bring about change to make the sport and equine industry more inclusive. I'm still evaluating specific ideas on how best to make that happen. These include promoting internships and academic scholarships, and opportunities to increase racing’s awareness outside of the typical circles.

I know the right talent is out there to help lead our industry into the future, we just have to do a better job of finding and recruiting that talent as early as possible.

You represent the New York breeding industry. Do you have any breeding aspirations of your own?

Certainly, in the near future I plan to personally invest in the New York-bred programme via a syndicate partnership. I believe partnerships have really democratised the sport in allowing people who otherwise wouldn’t entertain the prospects of thoroughbred ownership to enter the game. 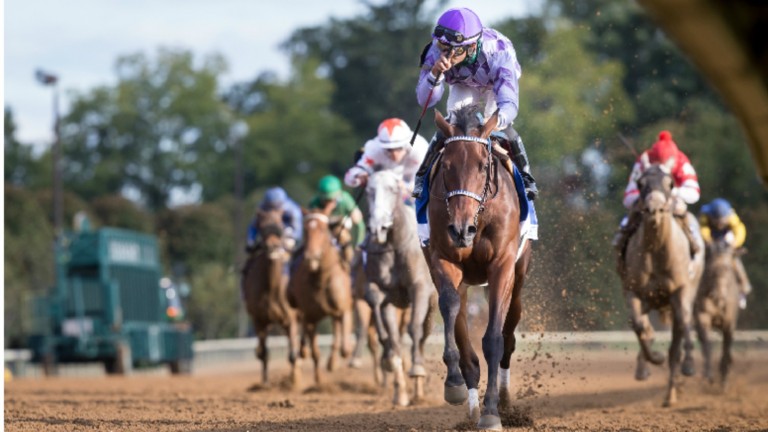 Simply Ravishing, the Alcibiades winner, could be one to watch this year
EquiSport /Matt Wooley

With the awards and benefits offered in the New York-bred programme, as well some of the best racecourses in the world in Belmont Park and Saratoga, for me it’s really a no-brainer why anyone wouldn’t want to run and compete in New York.

Finally, can you give us a horse to follow for this year?

Simply Ravishing, a three-year-old filly who captured the Grade 1 Alcibiades at Keeneland last year, should improve heading into her sophomore campaign. Other New York-breds to keep an eye on include three-year-old filly Varda, who won the Grade 1 Starlet for juveniles in California on her third career start. Among older horses, Cross Border and Funny Guy should be of interest to watch, as should three-year-old Eagle Orb.

This one's legit! Son of a teaser has his first foal, a 'beautiful classy filly'

Why 2021 could be subfertile superstar Al Kazeem's biggest year yet