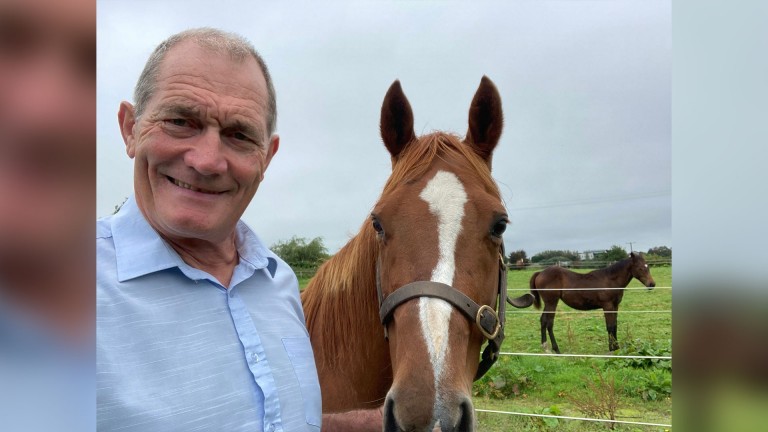 For a self-confessed novice in the world of the thoroughbred, John Hayes has exhibited some pretty sound judgement.

Back in 2007, the consulting structural engineer paid €25,000 for an Indian Ridge filly foal he named Sophie Germain and kept her at the few acres he has in Tipperary Town. Although never raced, she is poised to potentially reward her owner quite handsomely at this week's Goffs Orby Sale.

"I knew nothing about racehorses anyway," Hayes says. "I was breeding half-breds and I got sick of it because unless they were ready to win at the Olympics, nobody wanted them.

"I looked at the page and the mother was a Group 1 winner [Nydrion, Italian Oaks]. I didn't realise it was in Italy and mightn't have been as well regarded, and she didn't have a huge amount of luck with her previous foals.

"She was the first one I bought. It was funny, I had no money to pay for her but I had shares in Yahoo that I sold. My financial controller always called her Yahoo..."

Sophie Germain's first foal, by the late Rip Van Winkle, turned out to be Creggs Pipes, a seven-time winner who landed the Listed Cairn Rouge Stakes at Killarney and then the Group 2 Lanwades Stud Stakes at the Curragh. Unfortunately for her breeder, the returns were not as immediate as he would have liked.

Listen to breeder John Hayes explain why sending his G2 producing mare to Frankel was a ‘marriage made in heaven’ for the resulting filly.

"In fairness I loved pedigrees, I'd just spend hours studying them," Hayes says. "When I'd done all my research, I decided the best cross would be Galileo, but sure, that wasn't an option. I said, 'Right, second option would be a Galileo I can afford'. Thus my visit to Rip Van Winkle.

“I got [Creggs Pipes] in a foal sale. She was making maybe 17 grand and I said, ‘No thanks, I’ve already spent 20 plus another 25 on the mother, that’s not an option’. Then I took her back to Goresbridge for the breeze-ups. Again, no thanks, so I had no choice but to go to war with her, as they say.”

It was to prove a blessing in disguise with the game front-runner, put into the Delphi Six Syndicate, not only earning more than £200,000 but transforming her dam’s page in the process.

Hayes explains: "I did a little research and discovered an Andrew Slattery had the best winners-to-runners ratio and it turned out Andrew Slattery was only down the road from me, in Killenaule. We had the best fun ever. My sister was dying of cancer at the time, so the whole thing was a great lift.

"We had offers after she won the Listed race in Killarney, a big one from an American, but a good friend of mine who's a builder said that most people wouldn't find one like her in three generations of breeding. He knew people breeding all their lives and hadn't had anything like this. I decided I wasn't going to give away my luck so I kept her."

This means that Hayes is breeding from both mother and daughter, with each providing a filly at Kildare Paddocks. 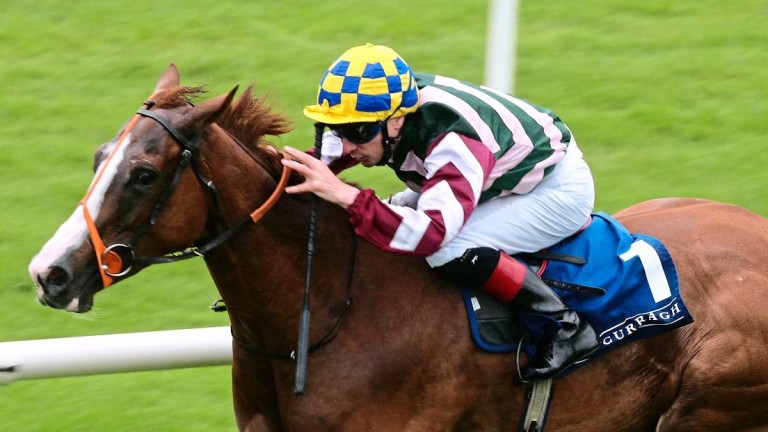 They are among seven representing Doyle here, of whom Hayes says: "I like straight talkers. Pa doesn't say much but what he does have to say is well worth listening to. He's the consummate horseman, his attention to detail is just something else. He'll always tell you straight and give you a measured view."

Hayes decided that Sophie Germain deserved the upgraded cover and picked Frankel. Only, once again, he would need to somehow find a little more cash.

"I felt she was entitled to Galileo's best son," the 67-year-old explains. "When I went to Banstead Manor and booked that, I had no idea how I was going to pay for it.

"I was looking at my pension, I was saying I'd build a pot of money for my pension, but luckily Sophie's Clodovil filly [Silver Spear] was third in a Listed race at the Curragh the day before her Australia was selling in Newmarket. We got a fine big lump of money and there was my Frankel fee."

The genial Hayes might yet find some bitcoin or Apple stock down the back of his sofa but he ought to be able to rely on a decent income from his equine portfolio from now on. Creggs Pipes's first foal by the same sire was bought by Sunderland Holding last year while Sophie Germain has an Invincible Spirit filly foal.

Of his two yearlings, he says: "The Frankel is just a beauty. She has such a lovely temperament and yet she's as tough as an old boot. She's that interesting mix of Attila the Hun and Fozzie Bear.

"She's much wider than the Sea The Stars, a tremendous back end, if it converts into an engine... But I'd have to be honest and say if I had the choice between the two I'd nearly go for the Sea The Stars, she's like Creggs Pipes, more of an earlier type."

FIRST PUBLISHED 5:30PM, SEP 25 2021
She has such a lovely temperament and yet she's as tough as an old boot. She's that interesting mix of Attila the Hun and Fozzie Bear