'How could you sell a national treasure?' Winx owners ponder post-racing future 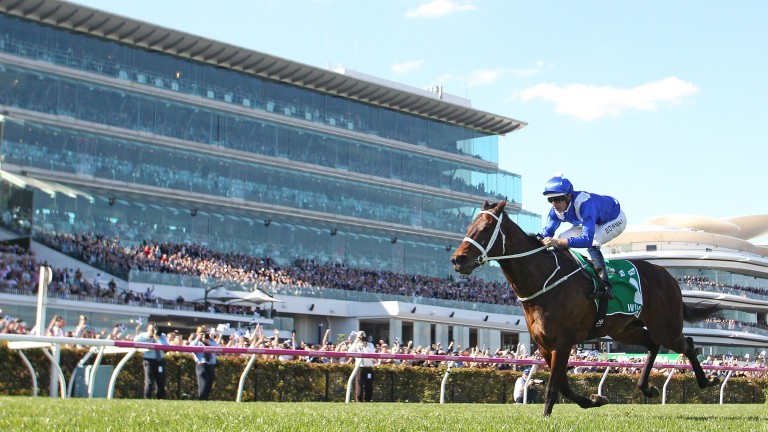 Winx: racing on for now but her broodmare career is looming large
Scott Barbour
1 of 1
By Lewis Lesbirel 9:34AM, JAN 24 2019

The racing career of champion mare Winx is not over yet but thoughts are already turning to her second career as a broodmare, with connections acknowledging that the time is drawing closer.

Winx, who won a historic fourth Cox Plate at Moonee Valley last year, is on course to return for another Australian autumn campaign in Sydney and on Wednesday was named, alongside Frankel's son Cracksman, the co-World's Best Racehorse at a glittering Longines-sponsored event in London.

Debbie Kepitis and Peter Tighe, two of the Street Cry mare's three co-owners, made the trip to Britain to collect the award and while their focus for the most part remains on racing plans, the pair acknowledged that some big decisions will have to be made relatively soon.

As it happened: Lee Mottershead live from the ceremony

Winx’s outcross appeal and record-breaking achievements make her an extremely commercial broodmare proposition but Kepitis was in no mood to entertain the prospect of her pride and joy being sold at auction.

"I would fight tooth and nail to hold on to her because she deserves to have the best life," said Kepitis. "She has given me the most amazing racing for the last five years. I want to track it and I want to be able to make sure she has a great paddock life.

"It's a partnership, not an individual, there are three people who need to make a decision together, so if it comes down to it and we have to sell her, I would fight tooth and nail to make sure I had something to do with her breeding career."

Those sentiments were echoed by Tighe, who was effusive in his praise for the mare.

"What she has done for us, I think it’s only fitting that we make sure she has the best possible life after racing.

"Breeding is a new chapter. I’m not a breeder as such, I’m purely an owner, but I will make an exception for her."

FIRST PUBLISHED 9:34AM, JAN 24 2019
I would fight tooth and nail to make sure I had something to do with her breeding career