The relentless rise of Dashel Drasher continued on Saturday as the rapidly progressive eight-year-old claimed his ninth career success in the Grade 1 Ascot Chase.

His backstory rates an interesting subplot to this already remarkable tale, as the son of Passing Glance is not only trained in Somerset by Jeremy Scott, but was homebred at Higher Holworthy Farm by the trainer's wife, Camilla.

Camilla Scott has already enjoyed success with this family before, having bred, owned and trained Dashel Drasher's dam, the Nomadic Way mare So Long, to five victories between the flags.

Scott's association with the pedigree reaches back into the generations, having acquired So Long's dam Cherry Picker, a daughter of Nearly A Hand who placed in three point-to-points, as something of a family heirloom.

"I sort of inherited So Long's mum, Cherry Picker, from my parents, and because the female line has been in the family for such a long time I wanted to keep it going," she says. "We point-to-pointed So Long, she won five on the bounce and she's been a really good broodmare."

Scott notes that Dashel Drasher has certainly inherited his dam's tenacity, although her response is unequivocal when asked if the similarity between the pair extended to their physical traits. 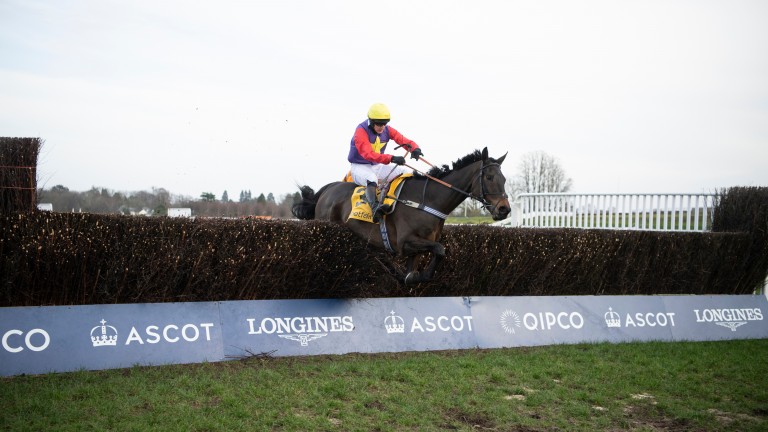 "Physically there's no similarity at all," she says. "She's orange with white legs and a white face! He's very laid back, which she wasn't, but she was tough and had an engine and he's got that from her. She's back in foal to Passing Glance but she's not due until June so we'll have to see how she is after that as she's 21 now."

So Long visited Passing Glance for the first time in 2012 when the son of Polar Falcon was standing at David and Kathleen Holmes' Pitchall Farm. The 22-year-old is now among a select few stallions to have sired a top-level winner on the Flat and over jumps, having also been represented by Mackinnon Stakes hero Side Glance in 2013.

Passing Glance, who now stands at Batsford Stud in Gloucestershire, was a hardy performer himself, winning seven races, including the Group 2 Oettingen-Rennen, during a 30-race career that spanned four seasons in training, initially with Ian Balding and then his son, Andrew.

Scott says it was that durability that prompted the decision to send So Long for the mating that resulted in Dashel Drasher.

"I've always sent her to something tough and sound," she says. "She's quite a solid, square mare and I wanted something a bit scopier than she is. I was looking for something taller and leggier but still tough and sound, and he ticked all the boxes.

"Kathleen Holmes actually saw Dashel Drasher as a three-month old foal and liked him so much she put a photo of him on the Pitchall Farm website. She'd obviously seen something in him, even when he was only three months old." 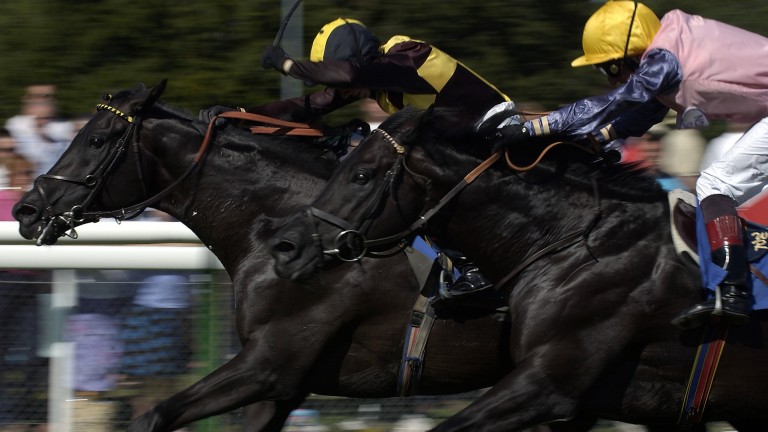 It is often said that the world of National Hunt breeding is trending closer and closer to its Flat counterpart, with pricier stallion fees and six-figure sales much more commonplace than was the case not so long ago. However, Dashel Drasher, who was bred at a fee of just £2,000, is just the latest example of what can be achieved when eschewing fashion for form and functionality.

As well as being in foal to Passing Glance, So Long has also produced Drash On Ruby when mated with the stallion. Dashel Drasher's five-year-old sister also ran at Ascot on Saturday and finished a fine third a little over 60 minutes after her full-sibling's Grade 1 triumph.

"She's the same as Dashel Drasher, just a smaller edition," Scott says of Drash On Ruby. "They're both so laid back, they just do their work and go back to sleep basically, which is nice."

Moreover, Scott can add Grade 1-winning breeder to her CV despite keeping a broodmare band of just two. So Long has produced two other winners in Popping Along, a daughter of Volochine, and Lady Longshot, who is by Needle Gun, while former resident Purple Patch also did the Scotts a good turn. 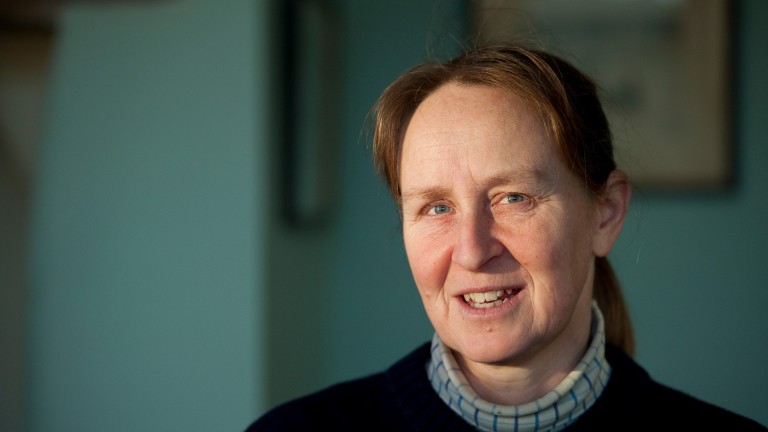 The breeder says: "We've had really good fun with the mares because the other we had, Purple Patch, bred Bonza Girl in the same year that Dashel Drasher was born and she won five races on the bounce."

Unfortunately Purple Patch has since passed away, although her daughter Bonza Girl has now taken her place and is carrying her first foal to none other than Passing Glance.

For now, the Scotts can reflect on a breeding and training performance thoroughly well done. Camilla says of Dashel Drasher's Grade 1 victory: "It was amazing, fantastic, the kind of result you dream of.

"He's not done much wrong in his life and has been a pleasure to have around the place. He surprised us when he won his bumper on debut because he'd never left the place before and he's just improved as he's gone on. We've had to be very careful in how we've placed him this season but he's improved with every run."

Given Dashel Drasher's steep rate of progress this season, and with a couple of full siblings coming down the production line, there is every chance that this story has a few more chapters to come.

FIRST PUBLISHED 4:50PM, FEB 22 2021
It didn't make any difference whether I used a commercial stallion or not, I just supported a horse who fitted with what the mare needed