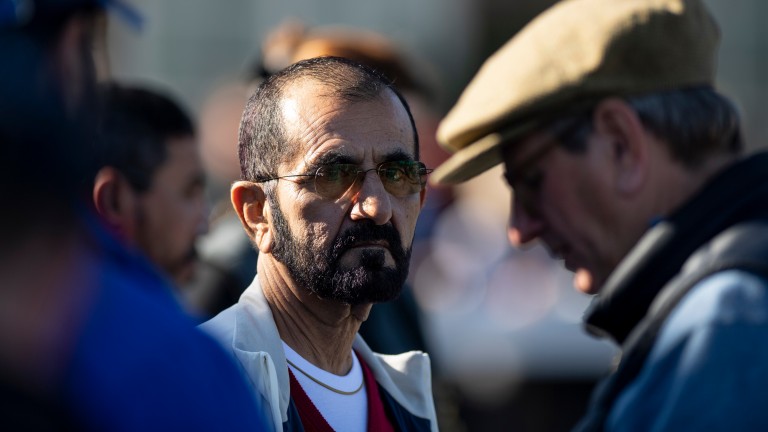 The success is a poignant one for the Godolphin breeding programme, with Shamardal, so long a cornerstone of the operation's global stallion roster, having died in mid-April at the age of 18.

Moreover, the tale of how Godolphin came to breed Monday's Classic winner is one that traces its roots as far back as the halcyon days of 1985.

Victor Ludorum is not only one of 25 Group/Grade 1 winners by the former Kildangan Stud resident Shamardal, but is also a third generation Godolphin homebred.

The Andre Fabre-trained colt, who also won last year's Prix Jean-Luc Lagardere, was bred from Antiquities, a Group 3-placed daughter of Kaldounevees whose three other winning offspring include Mary Tudor, a Listed-winning daughter of Dawn Approach who also finished third in the Irish Oaks. 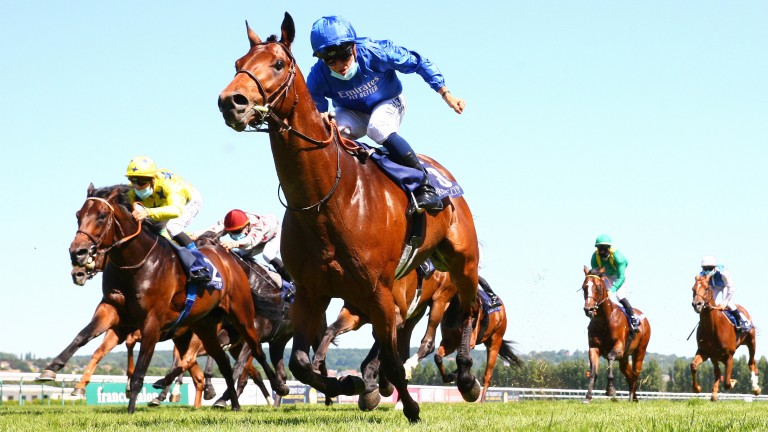 In turn, Antiquities is out of Historian, a Listed-winning daughter of Pennekamp and the influential broodmare Helen Street. Such a lineage means that Victor Ludorum is inbred 3x3 to Helen Street, with her ten winning offspring including Helsinki, dam of none other than Shamardal.

Bred and raced by Ballymacoll Stud partners of Arnold Weinstock and Michael Sobell, Helen Street reached her peak on the racecourse when winning the 1985 Irish Oaks for Willie Carson and Dick Hern.

Despite rating a hugely valuable broodmare prospect, Ballymacoll Stud raised plenty of eyebrows when they took the unexpected decision to sell Helen Street to Sheikh Mohammed at the conclusion of her racing days.

While her purchase now looks inspired given her growing legacy, confidence cannot have been high during the early years of her breeding career.

Despite being covered by breed-shaping stallions such as Sadler's Wells and Danzig, Helen Street's early offspring achieved little of consequence. However, in 1992 her fortunes began to change when she visited the Dalham Hall Stud stallion Machiavellian for the mating that resulted in Helsinki. 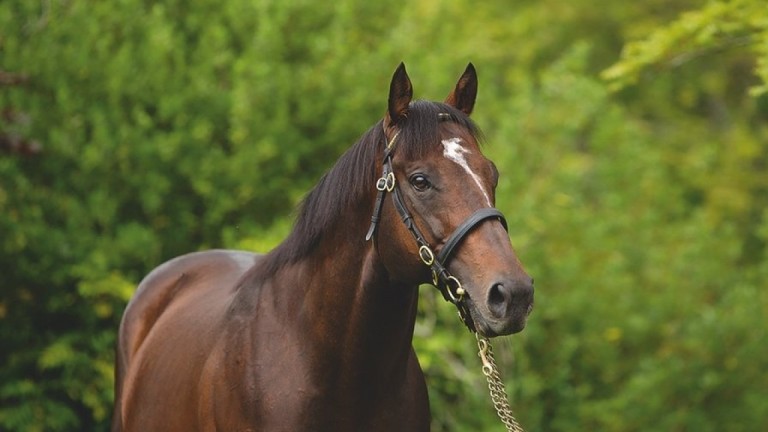 The filly gained black type when she ran third in a French Listed contest, a result which prompted Sheikh Mohammed and his team to send Helen Street back to Machiavellian in 1997.

The subsequent mating resulted in the birth of Street Cry, winner of the Dubai World Cup and the sire who cast Helen Street's name into the pedigrees of talents such as Winx and Zenyatta.

As well as being a talented runner and a notable broodmare, Helsinki was also a smash hit in the sales ring, as she was knocked down to Christy Grassick for $3.9 million less than a month after Shamardal had won his first of four Group 1s in the 2004 Dewhurst Stakes.

In 1998 Helen Street was covered by Pennekamp, a mating that resulted in Historian, who went on to land a Saint-Cloud Listed race before later becoming the granddam of Victor Ludorum.

Another strand of the family could bring Godolphin's breeding empire further success later in the year, as another of Helen Street's daughters was Grecian Slipper, dam of the Group 3 scorer Magna Graecia who in turn is the granddam of Territories.

The Group 1-winning son of Invincible Spirit stands at Dalham Hall Stud and will see his first two-year-olds grace the racecourse later this year.

Moreover, Monday's result is not the first time that Helen Street and Shamardal have exerted their influence over the outcome of the Poule d'Essai des Poulains, as the latter-named sired Lope De Vega, winner of the race in 2010 and now an important stallion in his own right.

Victor Ludorum is one of 82 foals from a vintage crop sired by Shamardal in 2017, with that number also featuring champion juvenile Pinatubo, who remains odds-on for Saturday's 2,000 Guineas, and unbeaten Middle Park Stakes scorer Earthlight.

Victor Ludorum is now the 4-1 favourite for the Prix du Jockey Club, a race his sire also landed during his illustrious career.