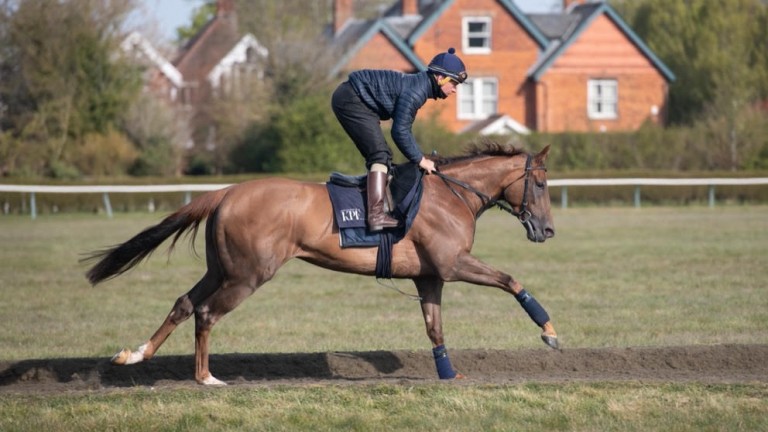 A low-profile handicap at York on Wednesday may have international ramifications, with Highclere hoping that history will repeat itself in the months to come with Hint Of Stars.

The Kevin Philippart de Foy-trained Hint Of Stars will contest the Conundrum HR Consulting Handicap, a Class 4 over a mile and a half. It will be his first run in the Highclere two-tone blue since he was acquired from Midlands Racing Club in March, having completed a hat-trick of all-weather wins at Kempton in February. And while Highclere has not won the race before, it has served as one of the most important contests for the outfit’s satellite operation in Australia.

The Conundrum HR Consulting Handicap has been staged since 2010, save for a Covid-impacted year in 2020, and has been contested in the past by horses like Australian Group 2 winner Life Less Ordinary and Starcaster, winner of the Torney Night Cup in February.

However, the most notable name on the honour roll is Libran, who won in 2015 for trainer Alan Swinbank and owner Joyce Porter. Acquired by Highclere after finishing fourth to another Australia-bound horse, Arab Dawn, in the Duke of Edinburgh Handicap at Royal Ascot, he had just one start for the operation in the UK before joining the Chris Waller stable in Australia.

In 44 starts in both hemispheres, Libran accrued earnings of almost A$1.5 million, winning four stakes races including the Chairman’s Handicap and the Kingston Town Stakes, both at Randwick, as well as Rosehill’s N E Manion Cup.

He was placed at Group 1 level in the Sydney Cup, finishing second to Gallante in 2016, while other career highlights include a fourth at weight-for-age to champion stablemate Winx in the Chipping Norton Stakes and an eighth in the 2017 Melbourne Cup.

“While Opinion was our first big name in Australia, Libran really was the banner horse,” said Highclere Australia racing manager Andrew Hawkins. “He was a warrior season after season and hardly a week goes by where he isn’t brought up by someone in regards to Highclere.

“They are big shoes for Hint Of Stars to fill, but we are hopeful that he may usher in a new era for Highclere Australia – just as Libran did all those years ago. We hope he will follow a similar path to Libran: the Duke of Edinburgh at Royal Ascot, then the Ebor festival at York in some capacity, before heading to Australia.”

“There was so much to like about him,” said Hawkins. “Three on the trot is never easy and he just looks like he’s finally put the pieces together, having done plenty wrong in his early starts with Jessica Harrington.

"She laid a tremendous foundation for Kevin to improve upon, and Kevin has taken the ball and run with it. I don’t think there’s any doubt that he’s proven, in his first season, that he’s a trainer of immense talent and with a very bright future.

“There is a question mark on Hint Of Stars because he hasn’t seen turf since he joined Kevin, but the horse did manage to run only three lengths off Armory on turf early in his career and we’ve seen Armory go on and run second in a Cox Plate, not to mention his imperious return at Chester the other day.

“Hint Of Stars was always going to be slow to mature and I believe he still isn’t fully furnished, although he’s a lot closer now than he was last season. My hope is that, when he arrives in Australia, he will be just hitting his peak and ready to hopefully contest some big races down here.”

Among the ownership group is Francesca Cumani, with her brother Matt set to take over as trainer from Philippart de Foy when the chestnut arrives in Australia.

“I think the smaller environment and the hands-on attention that he’s received from Kevin has been a real positive,” added Hawkins. “We wanted to replicate that in Australia and Matt was a logical choice, especially given we have a good mixture of European and Australian owners in the horse. And with Francesca involved too, it makes it a family affair for one of the great dynasties of international racing.”

FIRST PUBLISHED 1:24PM, MAY 11 2021
My hope is that, when he arrives in Australia, he will be just hitting his peak and ready to hopefully contest some big races down here