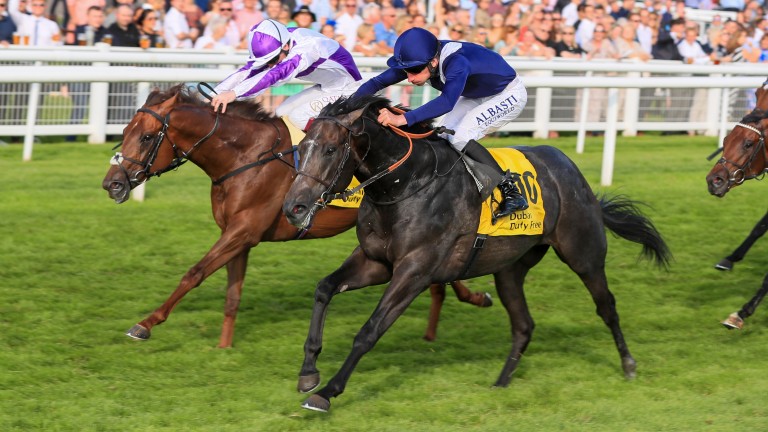 Wings Of War followed in the footsteps of his sire Dark Angel when landing the Group 2 Dubai Duty Free Mill Reef Stakes at Newbury on Saturday and gave his breeder, Guy O'Callaghan of Grangemore Stud, a day to remember in the process.

"It was a great result for both Grangemore and Yeomanstown Stud," said O'Callaghan. "He was a stunning yearling and he's from a great family that just keeps producing so I have always had a tremendous amount of confidence in the horse. It's brilliant to see him go and win a race like the Mill Reef and I'm very proud to have bred the winner."

Dark Angel, whose career at Yeomanstown Stud has been overseen by various members of O'Callaghan's family, including father Gay and brother David, has now sired two Mill Reef Stakes winners, following the success of Harry Angel in 2016.

The son of Acclamation, who rounded out his own racing career with victory in the Middle Park Stakes, has supplied an impressive 142 black type performers, a roll of honour that features 42 Group winners and 34 Listed scorers.

This year's two-year-olds were conceived in the afterglow of major successes for the likes of Battaash, Harry Angel and Persuasive that saw Dark Angel reach a career-high fee of €85,000 in 2018. 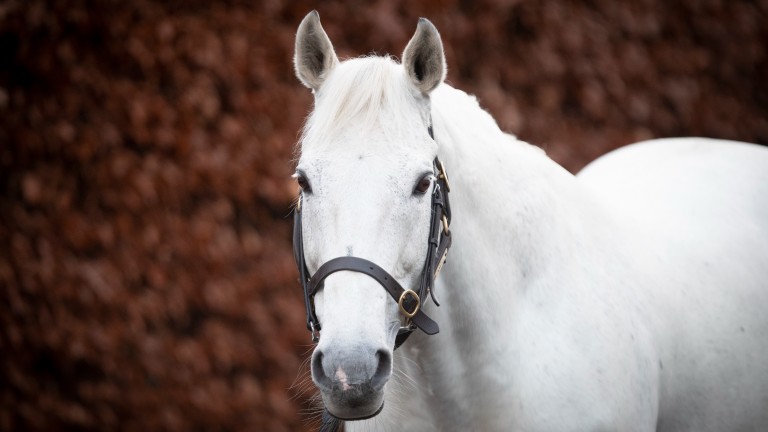 Dark Angel, who sits behind only Frankel and Galileo in the British and Irish sire standings, has duly had a fine year with his juveniles, with Wings Of War joining Coventry Stakes winner Berkshire Shadow and Vintage Stakes scorer Angel Bleu on his sire's stud record.

He has also been represented by Dr Zempf, who was last seen finishing runner-up to Ebro River in the Phoenix Stakes.

The 16-year-old's older progeny have also been in Grade 1-winning form on the other side of the Atlantic this year, with Raging Bull claiming the Maker's Mark Mile Stakes, while Godolphin's Althiqa has gone back-to-back in the Just a Game Stakes and the Diana Stakes.

Wings Of War is the first foal out of Futoon, a daughter of Kodiac who won two races and gained quite a collection of black type after reaching the frame in four Listed contests.

Wings Of War has arguably been precision engineered for the Mill Reef Stakes, as not only did his sire land the race but his dam is out of a sister to Galeota, who won the Group 2 prize for Richard Hannon snr back in 2004. 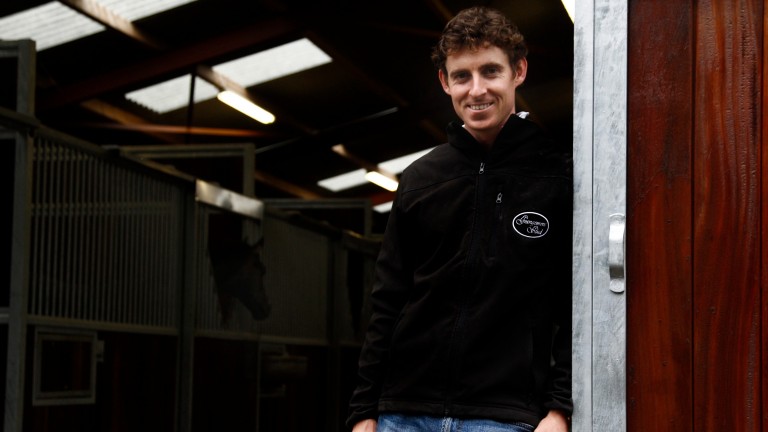 "These tough sprinting mares seem to have worked really well with Dark Angel down the years," said O'Callaghan. "For example, Sovereign Debt was out of Kelsey Rose who was a hardy, consistent sprinter, so now when we buy our mares we very much have a mating with Dark Angel in mind."

Futoon joined the Grangemore broodmare band at a cost of 100,000gns at the 2017 Tattersalls December Mares Sale and recouped that investment in one fell swoop when John and Jake Warren secured Wings Of War on behalf of Isa Salman Al Khalifa at £140,000 at last year's Goffs UK Premier Yearling Sale.

The pedigree has undergone some significant enhancements since O'Callaghan purchased Futoon, as the likes of dual Listed scorer Logo Hunter and recent Group 3 Prix Six Perfections heroine Oscula have joined other classy juveniles such as Burnt Sugar and Brown Sugar on the page.

Wings Of War's Mill Reef victory also amplifies the credentials of his yearling full-brother, who is entered as lot 577 at Book 2 of the Tattersalls October Yearling Sale.

"I'm very lucky to have him and I think he's a cracking horse," O'Callaghan said of the Tattersalls-bound youngster. "Fingers crossed he gets to the sale in one piece. He's a bigger, stronger horse than Wings Of War was [at the same stage]. He's very nice and a big strong beast of a horse. I'm very proud of him and hopefully people agree with my opinion of him when they see him at Tattersalls."

FIRST PUBLISHED 6:11PM, SEP 18 2021
These tough sprinting mares seem to have worked really well with Dark Angel down the years