Son of Siyouni will stand alongside Wootton Bassett and Almanzor 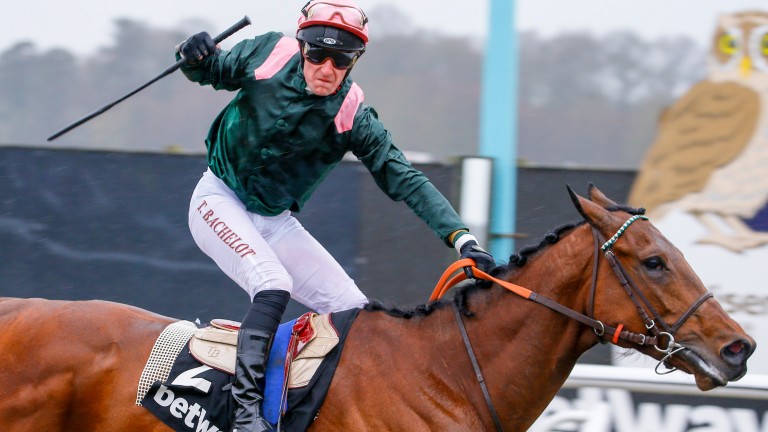 Haras d'Etreham in Normandy is introducing its new recruit City Light to breeders at a fee of €7,000 next year.

Trained by Stephane Wattel for owner Jean-Louis Bouchard, the son of leading sire Siyouni scored on debut at Saint-Cloud at two and was three times a stakes race runner-up at three.

He progressed at four to win the All-Weather Sprint Championships and Group 3 Prix de Saint-Georges before running a short-head second to Merchant Navy in the Diamond Jubilee Stakes at Royal Ascot.

He shone again this year at five, taking the Group 3 Prix du Pin and signing off with a close second to One Master in the Prix de la Foret.

City Light is a half-brother to Listed winner Busybeingfabulous and to Group 2-placed Soft Light, out of the winning Kendor mare Light Saber.

Elsewhere on the Haras d'Etreham roster, fees for Wootton Bassett and his champion son Almanzor have been left unaltered at €40,000 and €35,000 respectively.

Wootton Bassett's flagbearers in 2019 were Group 1-placed Wootton and exciting two-year-old colt Helter Skelter, while Almanzor had his first foals born this year.

Scissor Kick, a son of Redoute's Choice who shuttles from Arrowfield Stud in Australia, has had his fee dropped slightly from €6,000 to €5,000 in his fourth consecutive covering season in France.

Etreham has also released the tariff of charges for its jumps stallions, with stalwart Saint Des Saints remaining at €15,000 in 2020.

Saint Des Saints' son Goliath Du Berlais, a 14-length winner of the Grade 1 Prix Ferdinand Dufaure in May, has been retired to stand at Haras de la Tuilerie at a fee of €7,500.

Also stationed at Tuilerie are Masked Marvel, who is priced at €4,000, and Kamsin, who will cost €6,000 per nomination.