Stallion was a source of many winners under both codes 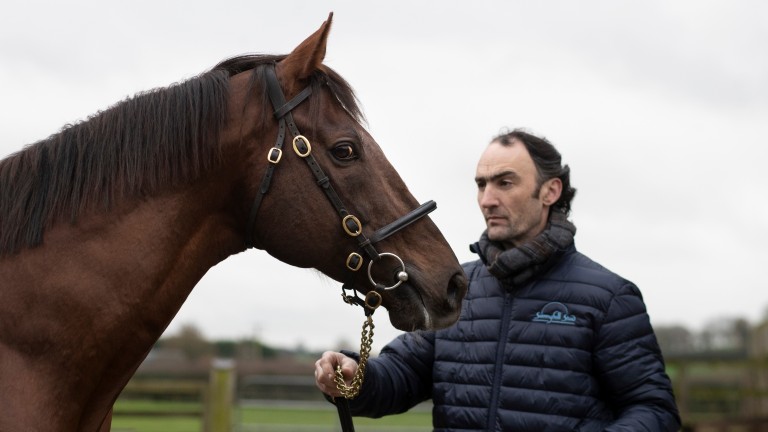 Sunnyhill Stud has suffered a major loss after the death of resident stallion Casamento at the age of 12.

The son of Shamardal had a glittering two-year-old career for Mick Halford and Sheikh Mohammed, running second in the National Stakes as a maiden winner and later landing the Beresford Stakes and the Group 1 Racing Post Trophy (now the Vertem Futurity).

He was to add a Group 3 in France for Mahmood Al Zarooni, serving three and two years at Kildangan and Dalham Hall respectively before heading to Michael Hickey's Sunnyhill in County Kildare via a season in Sweden.

"Unfortunately he had a condition in a hind hoof which deteriorated despite surgery and prolonged veterinary care and there was nothing more that could be done," Hickey explained.

"It's very sad. He was a gorgeous horse, a good 16.1 hands, and he was a pleasure to deal with. I'm very grateful to Darley for letting us stand him and I'm just sorry that this unfortunate occurrence happened."

Casamento, who was bred by Dermot Cantillon and partners, was due to be offered for an unchanged €3,000 this year. His most notable progeny to date are Kings Will Dream, a winner of the Group 1 Turnbull Stakes and a contestant in some of Australia's flagship events, and Mark Johnston's Jockey Club Stakes scorer and Group 1-placed Communique.

Of the early jumping crops, Listed bumper winner House Island and City Dreamer, who took a lucrative prize in the US, have been his leading lights.

"He got lots and lots of winners and covered 165 mares last year, which shows what a huge loss he'll be," Hickey added.

FIRST PUBLISHED 6:05PM, FEB 21 2020
I'm very grateful to Darley for letting us stand him and I'm just sorry that this unfortunate occurrence happened