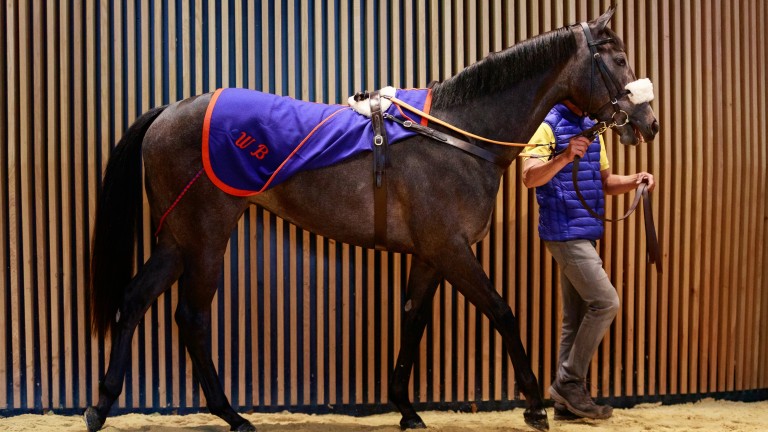 Little more than 24 hours before his son Persian King is due to line up a red-hot favourite for the Poule d'Essai des Poulains, two fillies by his sire Kingman lit up the Arqana Breeze-Up Sale on Saturday.

Just the fifth lot through the ring, a half-sister to Coronation Stakes heroine Rizeena by Juddmonte's rising star went to Anthony Stroud for €800,000.

That marked a fine return on the original investment of 300,000gns at Tattersalls Book 1 last October, where she was presented by Round Hill Stud and signed for by Oceanic Bloodstock on behalf of D Farm.

She will carry the Godolphin blue and comes hot on the heels of Kingman's popularity at the recent Craven Breeze-Up, where another of his daughters went Godolphin's way for a sale-topping 850,000gns. 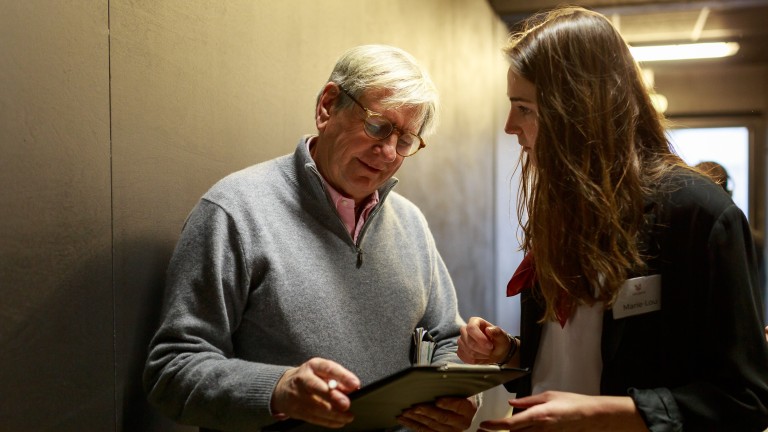 Anthony Stroud signs the ?800,000 docket for the Kingman filly
Zuzanna Lupa
"She's a very attractive filly and she did a very good breeze," said Stroud. "She's a half sister to a Group 1 winner in Rizeena, owned by Sheikh Rashid. Kingman is doing fantastically well and she ticks all the boxes. She’ll head to Godolphin in England."

Life's a beach after Longways hit another big payday 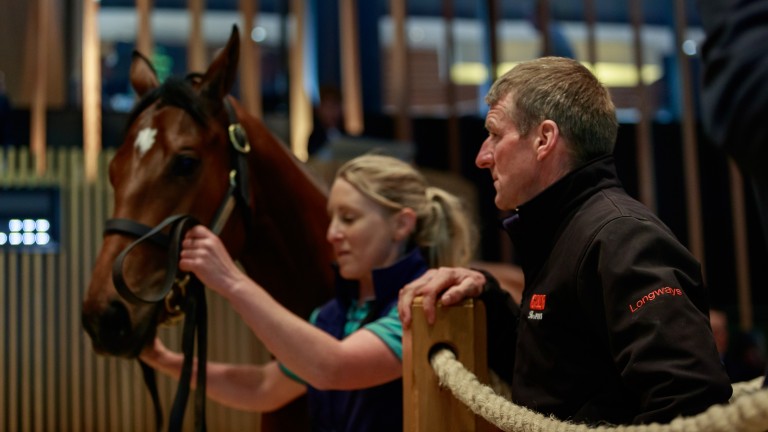 Mick Murphy of Longways looks on as his Kingman filly goes through the ring, eventually making ?650,000
Zuzanna Lupa

Already the recipient of the American Pharoah sale-topper, Andre Fabre will train the filly, having inspected her on the sales grounds before Friday’s breeze.

Gordon-Watson could not hide his enthusiasm for Kingman, as well as for the model of the filly herself.

"She is very athletic and breezed well. I love the stallion and I think he will be one of the best of ever," said Gordon-Watson. "[Out of] an Exceed And Excel mare and she is a sweet filly with a great temperament. Everything is in the right place and the trainer, Andre Fabre, particularly liked her."

For Mick Murphy and Sarah O’Connell, this success follows hot on the heels of the £450,000 Siyouni filly who broke the Goffs UK Breeze-Up Sale record price at Doncaster last month.

Murphy believes the couple’s decision to focus more on quality has helped in securing both fillies as yearlings, while the pair have also been enjoying regular trips to the seaside near the couple’s base in County Waterford.

Murphy said: "We knew we had two very nice fillies this year, with her and the Siyouni. Myself and Sarah took her to the beach near us and if we’d known they were worth £1 million, there's no way we’d have done that!"

He added: "She looks fast and she grew since [we got her]. If she was a little bit bigger in Goffs, I wouldn't have been able to afford her and €125,000 is the most we’ve ever given for a horse.

"Last year we bought fewer horses but tried to up the quality, but I genuinely didn't think I'd get her. She came from a very good hotel in Yeomanstown. She has grown and developed so well since then."

Having originally planned to send her to the Craven Breeze-Up, Murphy believes that the intervening few weeks have benefited his new star, while Kingman's stock has continued to rise both on the track and in the ring. 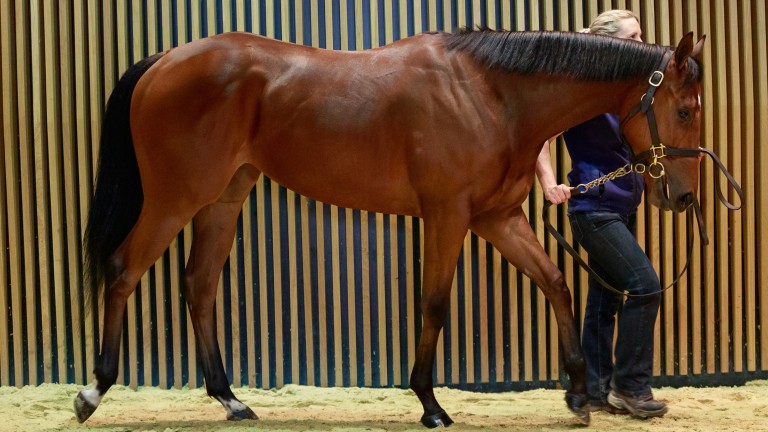 Longways Stables' Kingman filly (Lot 84) made ?650,000 when bought by Charlie Gordon-Watson, and will now be trained by Andre Fabre.
Zuzanna Lupa

"She's an April filly and we gave her extra time to come to France," said Murphy. "We’ve been very very lucky at Arqana. Le Brivido was from here and we had a Siyouni colt sell last year for €385,000.

"The Siyouni was always going to Doncaster because that's where I bought her and when we were deciding where to send her, it was a case of whether the shine might come off Kingman. But it's the opposite, he's really taken off."

As well as Persian King and Calyx, Kingman is responsible for recent impressive Saint-Cloud newcomer Shamiyla, while he has been a permanent presence in the upper echelons of this spring's breeze-ups.