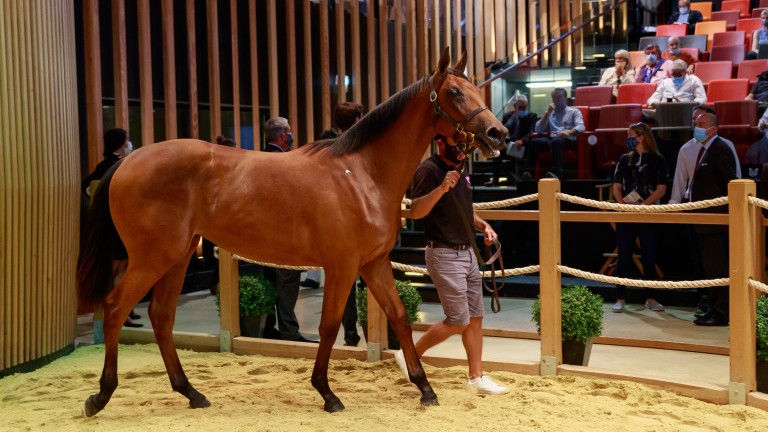 Buyers appeared to tread carefully during the opening stages of the Arqana Select Sale in Deauville on Wednesday, but as the session wore on bidders seemed to warm to the task.

With Arqana's yearling sale schedule having undergone reformatting on account of the Covid-19 pandemic, there are no directly comparable figures from last year.

No buyer made a bigger impact than Godolphin, as Sheikh Mohammed's operation secured the session-topping Dubawi filly at €620,000 as the racing and breeding powerhouse made its first foray into the European yearling market this year.

The filly, out of Daytona Bay, was knocked down to Godolphin's long-serving sales ring ally Anthony Stroud, who saw off a host of frustrated underbidders.

Stroud said: "She's very athletic and a very nice filly. We've had a lot of luck with Dubawi and she's a very good model. We're very happy to have her, very happy to be in Deauville and very happy there's a sale going on. We entered the bidding only right at the end."

The filly, whose dam won the Group 3 Hamburger Stuten-Preis for owner-breeder Gestut Haus Ittlingen, was offered by Baroda Stud. The Kildare-based operation was making its first offering at Arqana, and delighted stud manager David Cox reported the experience with the Dubawi filly had been a positive one.

He said: "She travelled over great and showed herself really well; as you saw, she had lots of fans when she went into the ring. Godolphin won the fight in the end; they're happy and we're happy."

The April-born youngster was making her second appearance at public auction, having been a punchy pinhook from the Tattersalls December Foal Sale when signed for by Madison Bloodstock at 300,000gns.

Despite his abundant faith in the filly, Cox admitted the uncertainty brought on by Covid-19 had led to some pre-sales nerves. He said: "We knew we had a good physical and she was clean veterinary wise, which is always a help, so we were hopeful she'd do well.

"It was a nerve-racking time three or four months ago and it still is; look at England introducing the six-person social gatherings limit. We don't know what's coming around the corner but we've got to be positive. Sales are going ahead, the clearance rate at Doncaster was good and the clearance rate at Ascot was good." 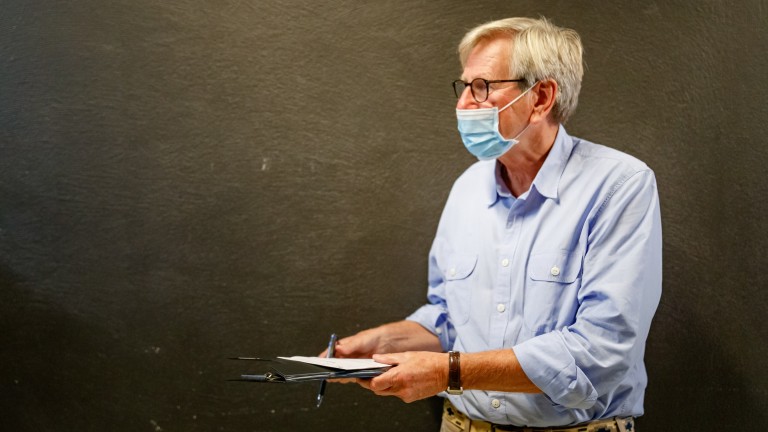 Anthony Stroud signs the €620,000 docket on Godolphin's behalf
Zuzanna Lupa
Earlier in the session Stroud signed for a Lope De Vega colt at €260,000 offered by Haras d'Etreham. The colt is out of Alta Lilea, a daughter of Galileo who won three races and also finished third behind The Lark in the Group 2 Park Hill Stakes in 2013.

His pedigree traces to Mona Stella, winner of the Prix de l'Opera, and her Criterium de Saint-Cloud-winning son Special Quest.

"It's a good cross, Lope De Vega and Galileo," said Stroud. "He's a very nice horse from a good farm and is a very easy mover; we liked him very much. He's for Godolphin and we'll decide on the trainer later; he's French-bred but it's entirely up to the boss."

During last year's August Sale Godolphin spent €4,945,000 on eight yearlings, including the €1.625m top lot. Last year's sale-topping Dubawi filly, who is owned in partnership with her breeders Ecurie Des Monceaux and Skymarc Farm, has since been named Philomene and made a winning debut at Longchamp last Thursday.

Asked if he expected Godolphin's participation to match last year's levels, Stroud replied: "I think the boss would like to support [the sale] in a measured way. There’s a lot going on in the world and it's challenging for everyone."

Stroud was not the only buyer to go in hot pursuit of the progeny of Lope De Vega, as Sebastien Desmontils of Chauvigny Global Equine went to €480,000 for a son of the Ballylinch Stud sire during Wednesdays opening exchanges.

"He's a son of a proven stallion in Lope De Vega from a family well known in France," said Desmontils, having signed the docket from his perch in the restaurant behind the rostrum. 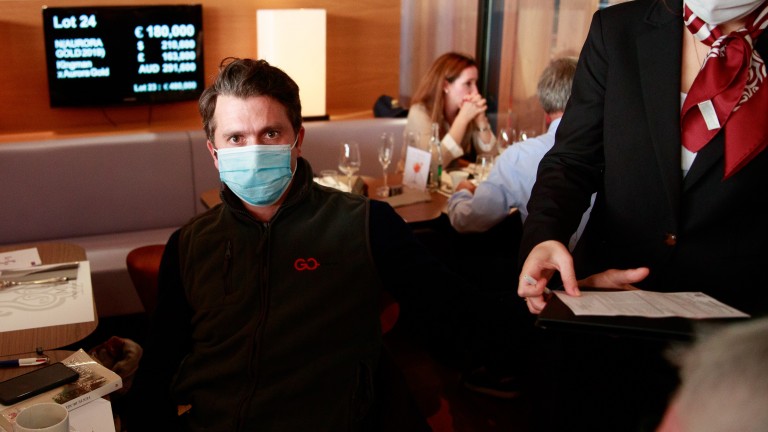 Sebastien Desmontils after signing the docket for lot 23
Zuzanna Lupa
"He's a good-looking horse and my client was very happy to buy him. He'll stay in France, and while we haven't decided who he’ll go to, he's for a Japanese owner who I've had the good fortune to buy for before."

Offered by Haras du Mezeray, the powerful chestnut is the third foal out of Attractive Lady, a winning daughter of Teofilo whose siblings include the Grade 1 scorer Desert Blanc and the Listed-winning Lumiere Noire, who is better known as the dam of 2,000 Guineas runner-up Wichita.

Mick Kinane at the double

The session's fourth-most expensive lot was sourced by the Hong Kong Jockey Club's chief talent scout Mick Kinane, who went to €420,000 for another of Lope De Vega's sons.

The colt, offered by Haras des Capucines, should make plenty of appeal in the Far East, as he is out Foreign Legionary, a Galileo half-sister to Alexander Goldrun, whose five top-level victories include a win in the Hong Kong Cup.

"He was the pick of the sale and he suits my brief," said Kinane. "He was a little bit more than I wanted to pay but there you go. He's a beautiful horse, the stallion has international appeal and he looks every inch a racehorse. It [Hong Kong] is a tough environment for horses to come to terms with, but he looks hopefully like he should handle it." 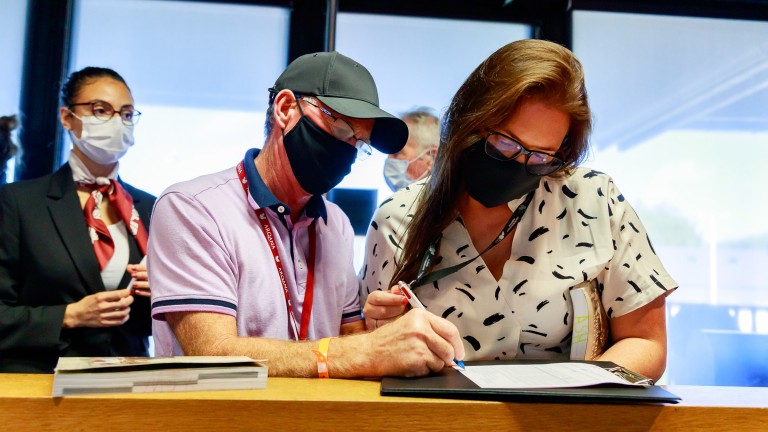 Mick Kinane signs for a €420,000 son of Lope De Vega
Zuzanna Lupa
A few lots later Kinane was back in action, this time going to €280,000 for a colt from the debut crop of Almanzor. The March foal, who was offered by Ecurie des Monceaux, is out of Glittering Tax, whose progeny include three-time Grade 1 winner Miss Temple City and the Grade 3 scorer Pricedtoperfection.

"It's a new one for us being by a first-season sire," said Kinane. "I loved Almanzor as a racehorse and I saw him in the flesh a few times. I won't be surprised if he’s a good stallion. This colt is a lovely model, similar to the other horse, and I was keen to have him. We're looking for athletes and these two have similar dispositions and are similar models. Hopefully I’m right."