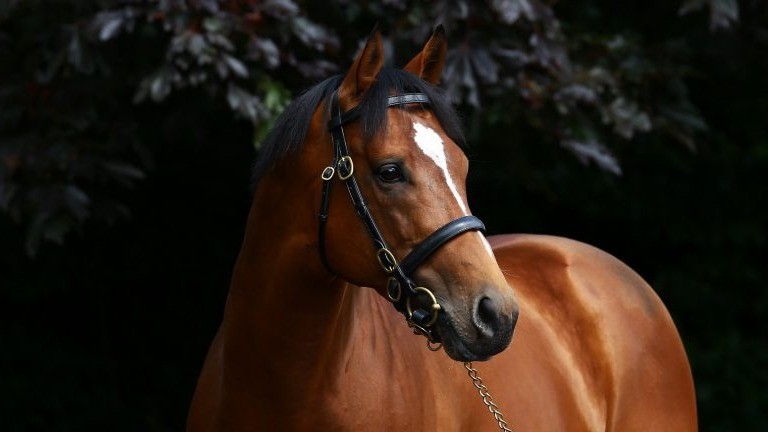 Gleneagles: has made a flying start to his stallion career
Coolmore
1 of 1
By Ollie O'Donoghue UPDATED 4:58PM, MAY 14 2019

Dual 2,000 Guineas winner Gleneagles continued the fine start made to his stallion career when daughter Auchterarder became his second debut winner from as many runners, after staying on resolutely to land the Jim Hibbs "We Don't Ship" Novice Stakes by two and a half lengths at Beverley on Tuesday.

Options for the May-born filly include the Hilary Needler at the same course later this month and the Queen Mary Stakes at Royal Ascot.

Gleneagles' only other runner Highland Chief opened his account at Newbury last month, with the Coventry Stakes mooted as a possible target for the April-foaled colt.

Auchterarder was acquired by trainer Mark Johnston on behalf of the Kingsley Park 11 syndicate for €18,000 as a Goffs Orby yearling, and is the tenth foal out of the Listed-winning sprinter and Cape Cross mare Crossover.

Gleneagles, who stands at Coolmore at a €30,000 fee, was fast out of the stalls during his own racing career, winning a June maiden at the Curragh before annexing the Tyros, Futurity and Group 1 National Stakes.

His fourth and final top-flight victory came in the St James's Palace Stakes.

Hole in one! Highland Chief gets Gleneagles' stud career off to perfect start

Echoes of Galileo in Adayar's King George triumph - but will he go the same way? Group 1 programme not suiting fast-ground horses