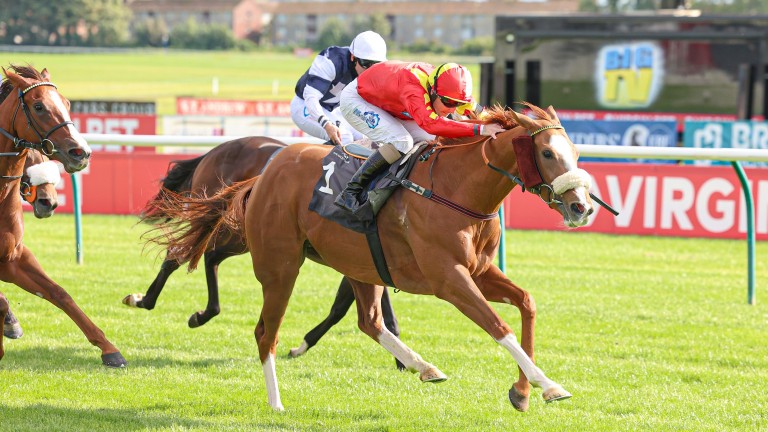 A force by name and force by nature, Gale Force Maya is one of the sport's most popular names courtesy of her no-nonsense and gritty approach to winning races. The six-year-old is also a beloved figure to breeders Joanna and Malcolm Imray.

Trained by Michael Dods, the redoubtable daughter of Gale Force Ten has run 38 times for 13 victories and a further 15 places, most notably landing two Listed races on her last two starts at York and Ayr, which came on Friday.

She also picked up a Group placing when third in the Summer Stakes in July.

For the Imrays, who are based at Eildon Hill Stables in Melrose in the Scottish Borders, she is the pinnacle of their breeding operation and also an emblem of their much-missed broodmare Parabola.

"She was a lovely horse and our best broodmare but sadly she died a year or so ago," says Malcolm Imray.

Parabola, a daughter of Galileo and the black type-winning Zietory, was no one-trick pony when it came to her progeny. Her first two foals were winners and were swiftly followed by Psychedelic Funk, a six-time winning son of Choisir whose victories included the Group 3 Concorde and Gladness Stakes. 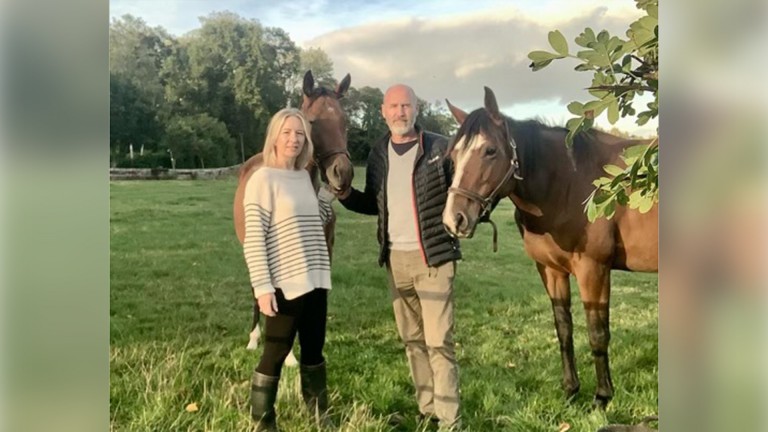 He was also third behind Caravaggio in the Coventry Stakes and a close third in another Group 2, the Boomerang Stakes, for Ger Lyons.

Imray says: "Her brother was really good and he started the mare off but before we knew that we sent the dam to Gale Force Ten, which is probably best described as under-covering."

It was perhaps a lucky twist of fate that saw Gale Force Maya go unsold for 12,000gns at the Tattersalls December Foal Sale in 2016, especially as she is owned by their client and friend Frank Lowe.

Imray says: "We're just delighted she's done so well for him as he's kept going with her when some might have moved her on. From four to five and now to six it's been fantastic."

Imray also paid tribute to Gale Force Maya, citing her competitive and determined nature as among the keys to her success, as well as believing that time and patience has paid off.

He adds: "She's got such a strong will to win and the level of her form's always been good, but it shows some of these fillies come into their own when they mature and get stronger."

On Friday at Ayr, under now regular partner Connor Beasley, Gale Force Maya was running over a shorter trip than she has ever tackled, five and a half furlongs, and facing 17 rivals, yet she delivered once more to very likely earn herself a career-high mark.

Despite not coming from a racing background, it would appear the Imrays have had more than their fair share of success from breeding racehorses, although they have worked with some notable names in racing and bloodstock.

"My wife and I, particularly her initially, worked in racing for Richard Guest in Durham," says Imray. "We are not from racing backgrounds but in her early 20s she decided she wanted to work in it and she was Richard's racing secretary for a few years.

"Then we both joined up and she went on to work for Walter Swinburn and Peter Harris as a secretary.

"We then decided to come back to Scotland to set up a boarding stud for our own horses effectively." 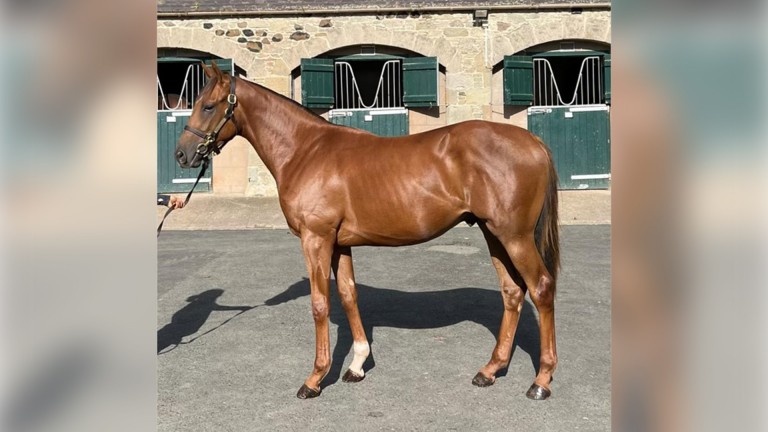 The last foal by Parabola is set to grace Tattersalls' Park Paddocks in the not too distant future and Imray is hoping the April-born colt can do his late dam justice with the Gillon Bloodstock team.

"A colt by New Bay is her last produce and he's in Book 2," says Imray. "We only really consign and sell foals so because he's clearly quite valuable, given the sire and siblings, he's being consigned by Chris Gillon.

"I used to work at Floors Stud for the Duke of Roxburghe and Chris is now there and prepping him."

For now, Parabola's legacy looks set to strengthen with a two-year-old filly by Tasleet being retained by the Imrays and Lowe's unraced Bated Breath mare on track to continue their dam's record over the coming years.

Imray says: "We bought a mare at Deauville last Christmas called Lady Gabriela, she's by Invincible Spirit and from a good Sunderland Holdings family. They've had lots of horses with William Haggas, plenty of Sea The Stars and Kingmans, and we've got her and she's probably our next good prospect."

Juddmonte announces retirement of Kentucky Derby winner Mandaloun to US base

FIRST PUBLISHED 3:58PM, SEP 18 2022
We're just delighted she's done so well for him as he's kept going with her when some might have moved her on