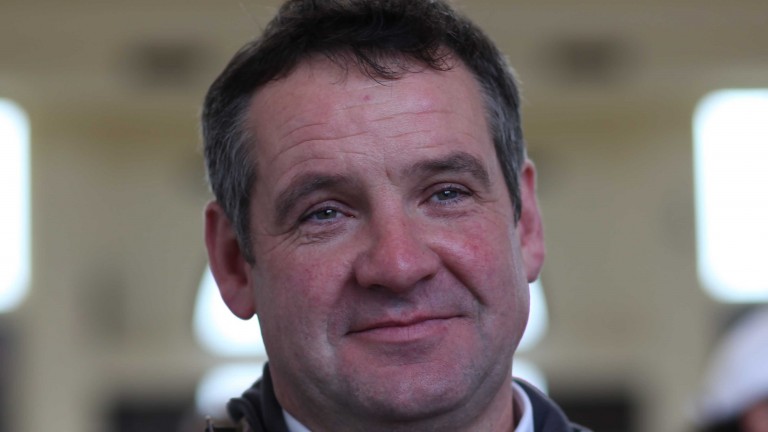 A fundraising page has been created to provide help for Johnny Hassett, the popular Irish breeze-up consignor who is currently undergoing lifesaving lung cancer treatment in Germany.

Based at Ballyhannon House Stud in County Clare, Hassett trades under the Bloodstock Connection banner and his profile has grown lately due to a series of videos he has posted on social media bringing viewers behind the scenes at home and at the sales.

The son of trainer John Hassett, who has worked for the likes of Aidan O'Brien and Todd Pletcher, he consigned his first breeze-up horses around 15 years ago, while his graduates include the likes of Gallic Chieftain, Montatham, Pretty Baby and Slight Advantage.

A goal of €250,000 has been stated, illustrating the severity of his treatment, but many prominent industry figures have already got behind the campaign and by Thursday morning well over 200 donations had been received and in excess of €46,000 raised.

Johnny is a huge mate to many of us on the sales circuit, a tremendous innovator with a great mind and passion for the game. His battle is very real and he’s giving it a serious kick but his young family needs our help to get him through this. https://t.co/ieSvZ71wVd

The Breeze-up Consignors Association (BUCA) is organising the fundraising campaign and senior member Brendan Holland of Grove Stud said: "Basically Johnny is quite ill, he's had to go to Germany because there was no similar treatment available in Ireland for the stage his cancer is at.

"He's a big part of the breeze-up community, he's very vocal on lots of issues and very familiar to everybody on social media I'm sure - he did his utmost to keep everybody, not only in our community but the wider industry, entertained all through lockdown.

"He's a good guy with a young family and it's a terrible thing. All of us are struggling to come to terms with the shock of it, never mind what Johnny and his family are going through. We're quite a close group and we're just trying to give him our help."

Those wishing to donate can find Johnny Hassett's GoFundMe page by following this link.

Private donations can also be made through Mick Murphy of Longways Stables or BUCA accountant John Fleming, who are administering the fund.

FIRST PUBLISHED 10:06AM, JUL 22 2021
All of us are struggling to come to terms with the shock of it, never mind what Johnny and his family going through it