The Bated Breath filly is out of Sacred Shield, a three-part sister to Clepsydra 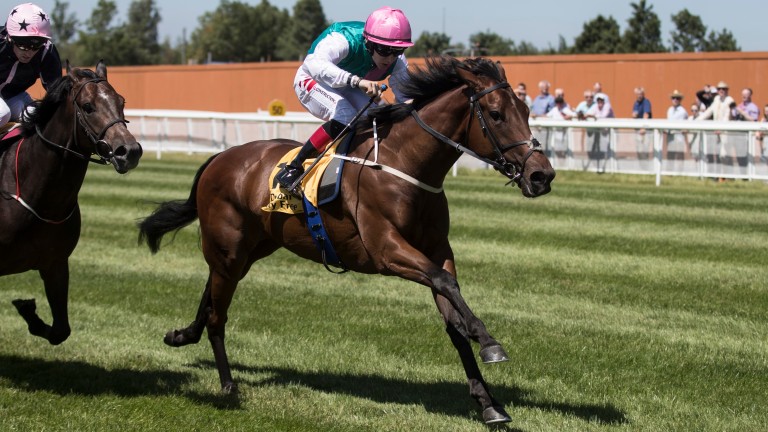 The daughter of Bated Breath is the seventh foal out of the winning Beat Hollow mare Sacred Shield, a three-part sister to Clepsydra, the dam of Group 1 winners Timepiece and Passage Of Time, and a full-sister to Viadera, their sire's first top-level scorer when striking at Del Mar back in November.

The two-year-old is also a three-parts sister to the useful Crossed Baton, a dual Listed-winner and Group 2-placed son of Dansili.

Sacred Shield is herself out of the Blushing Groom mare Quandry, a Listed winner for Sir Henry Cecil and a half-sister to Prix du Moulin winner and Oaks runner-up All At Sea.

From a typically outstanding Juddmonte family, Quandry has also produced the stakes-winning Double Crossed, the dam of the popular multiple Group 1-winning Twice Over.

The son of Observatory struck in the Eclipse, two Champion Stakes and a Juddmonte International for Cecil during six years in training. He now stands in South Africa, where he has sired top-level winners Do It Again and Sand And Sea.

Sacred Shield has a yearling colt by Camacho and produced a full-sister to Viadera and Sacred Bridge earlier this year. She returned to Bated Breath this year.

FIRST PUBLISHED 1:41PM, JUN 22 2021
Sacred Shield has a yearling colt by Camacho and produced a full-sister to Viadera and Sacred Bridge earlier this year