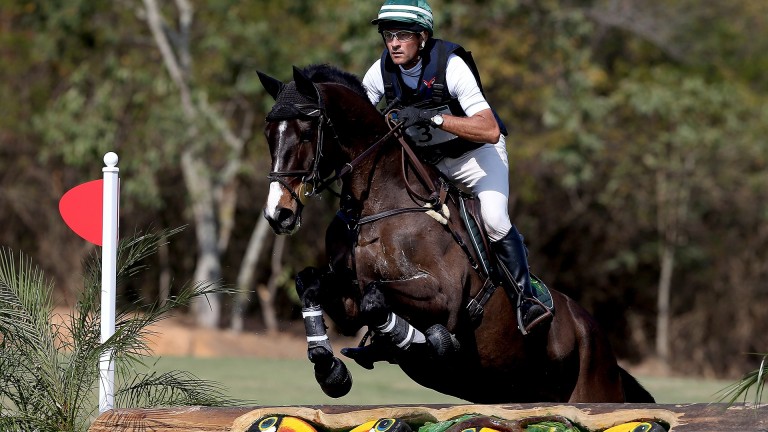 Here's an unusual question. What is the link between Trevor Hemmings, multiple champion jockey Richard Johnson and the Tokyo Olympics?

The answer is a 16-year-old named Glenfly, a Presenting gelding of whom both owner and rider should really have little recollection as he will not exactly feature on their racing highlights reels.

Beaten out of sight in nine National Hunt starts, two occasions in which he was steered by Johnson, Glenfly has become markedly better for a sporting career change and has headed to Japan as a member of the Brazilian eventing squad.

He is, in fact, not too far off being a rare double Olympian as his rider, Marcelo Tosi, helped him to a third-place finish in the Rio test event in 2015 before it was decided that he was a little inexperienced for the main event itself.

With some other major competitions around the world under his belt, Glenfly is ready for the challenge and will be flying the flag for thoroughbreds and ex-racehorses against more specifically bred rivals.

"He's been super," said Tosi. "He went to Brazil 2015 and he won the Brazilian championship in eventing three times, in 2016, 17 and 18. He went to the World Equestrian Games in North Carolina for the Brazilian team in 2018, he's been to Kentucky and done well there.

"Because the Olympics were supposed to be in 2020 I sent him to England, to do Burghley and Pau, and so the last year he was just working at home."

Glenfly, out of a half-sister to the dam of the excellent chaser Foxchapel King, was not inexpensively bought, costing €44,000 as a yearling when purchased by Highflyer Bloodstock at Tattersalls Ireland.

He ran first for Hemmings and Philip Hobbs before going through the ring again and had three more starts in 2012 for Chris Kellett, being pulled up on his final appearance in a handicap chase at Towcester.

Tosi was alerted to him by a contact and instantly liked what he saw.

"I've always liked the thoroughbred types, I think they're beautiful," he said.

"I think they had retired him from racing. He was a very good-looking horse, he just caught my attention. I called the owners and I arrived in the yard, felt the horse and liked him. He had nice balance, I looked in his eyes and thought he had a good expression, so I bought him."

Remarkably, within a few months Glenfly had soaked up enough information about the disciplines of dressage, cross country and showjumping that he was able to put it into practice.

"I got him in June 2012, just a month before the Olympics in London, and I think the same year he started eventing, he did three or four small BE90 [introductory level] events," recalled Tosi.

Blustery this morning in Kentucky, but Marcelo Tosi (Brazil) and Glenfly are looking sharp in the warm-up! They’ll start off our Thoroughbred competitors today at 10:24. pic.twitter.com/GTDpCXddWL

"Because he'd been a steeplechaser, for him to jump in the cross country isn't a problem, he just needed to understand that he needed to jump narrow fences, waters, stepping up and down.

"It was a little bit different for him but when he saw fences, he just kept jumping. They have good brains from the races, they just want to go, it was more working on the flat, the dressage, showjumping to organise them."

Tosi, 51, has a wealth of experience having already competed and coached at the Olympics and worked for his homeland's legendary showjumper, Nelson Pessoa.

An Anglophile who spends the summer months in the country at the major events, he is also involved in running Agromix, his family's animal nutrition company based in Jaboticabal, Brazil.

A look at the world rankings confirms that it would be a leap to suggest that Glenfly, who Tosi describes as "a brave and honest horse", is in with a chance of a medal against the might from the likes of Germany, New Zealand and Team GB, but his nation will be looking to build on previous team form which has seen them hovering around the top ten.

"We're excited, we know the Brazilian team isn't the strongest in the world but we're more experienced now," said Tosi. "We're going there to do the best we can and put a result down, not just go there and canter around."

Too Darn Hot nomination to be offered for spinal injury charity